Amy is covering sports, for Shesgamesports.com and wrote a couple articles about Monster Jam 2013 San Diego (as a hobby, her day job is a Navy CT1 life) 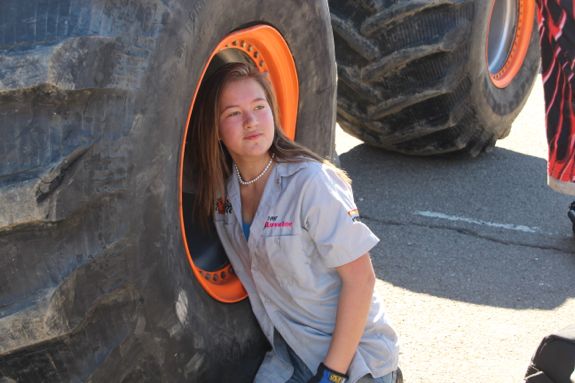 Directed at the girls and women that don't bother with the gender roles of the 18th century Victorian nonsense, and mostly focused on Hockey (anyone else have great memories of a San Diego Gulls game?) Amy surprised the hell out of me when she came into the press box at the Monster Jam event last weekend.

Not only is she covering Monster Trucks as a journalist (not many people do) but her prime focus is covering Hockey. Ok, wrap your mind around that. In the entire world of hockey journalists, maybe a couple hundred people? I met one that is also venturing into motorsports coverage like Monster Trucks and Nascar.

Now that is a one of one reporter.

The above photo is from Amy, in her article of the impossibly cool 15 year old Rosalee  http://shesgamesports.com/monster-trucks-a-family-affair/ who drives her own monster truck "Detour", and wrenches on it and her dads Monster Truck "Time Flys" 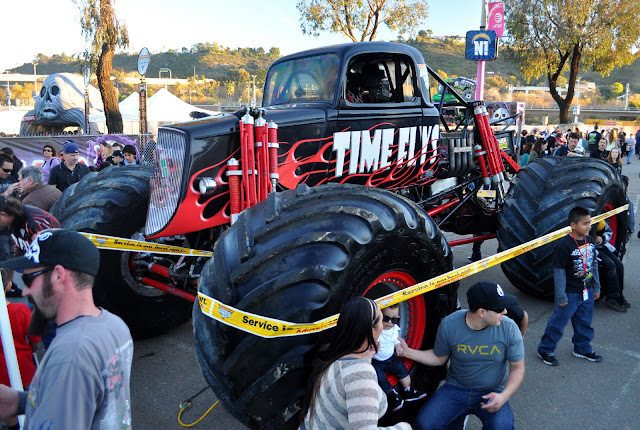 in Amy's article "Girls guide to Monster Jam" she interviews JP of El Diablo, and gives a consise idea of what it's like for a first time Monster Truck event. http://shesgamesports.com/girls-guide-to-monster-jam/ 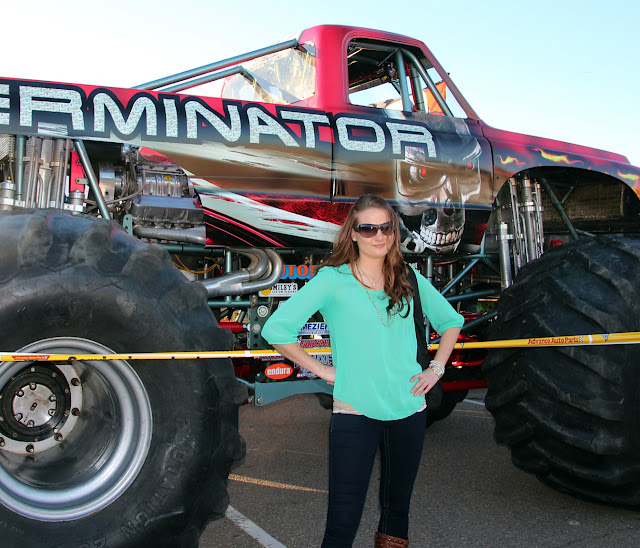 And her Hockey coverage website? http://www.siren1363.com/  where her interviews of coaches, NHL players, club presidents, in addition to her game coverage, are found
at Sunday, January 27, 2013