found in 1932, probably still buried in the sands of the Iraq desert

A lot of Dodges, Fiats, Buicks, a Staer, and a Rolls Royce.

Found in the desert 3/4s of the way between Damascus and Baghdad, near Ramadi

In 1936 Robert Fulton Jr, grandson of the Fulton Steamboat famous guy, talked himself into a motorcycle ride around the world. He really put his foot in his mouth. Young and dumb type of thing.

18 months later, and 22 countries... he made it. He wrote a great book about it too, One Man Caravan 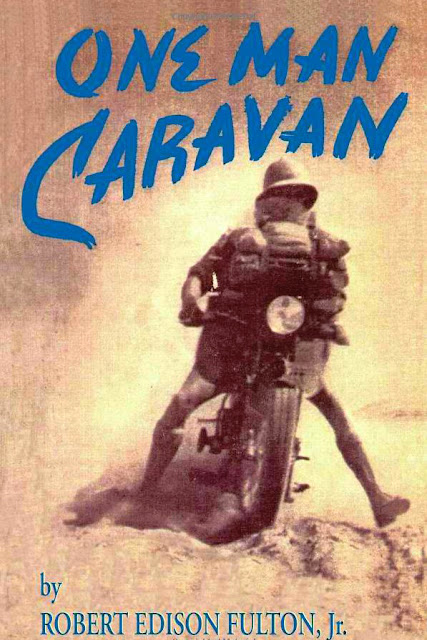 While near Rutbah Wells, Bob met travellers on the desert trail, and one of the company was Edward Herrington, president of Marmon-Herrington motor trucks. Why was the company head of an American truck manufacturer in Iraq in 1932? Might be due to the Nairn Transport Company which bought a 1923 Marmon Herrington for bussing people from Damascus to Baghdad http://justacarguy.blogspot.com/2012/08/1923-marmon-harrington-love-their.html
at Sunday, December 23, 2012