Here's another reason Autoblog is one of the best in this vehicle coverage business, the Jeep that almost made it into the US over the border, but got high centered on the fence (we need a higher fence and a moat. Or just a single Marine. (If you want results that is) 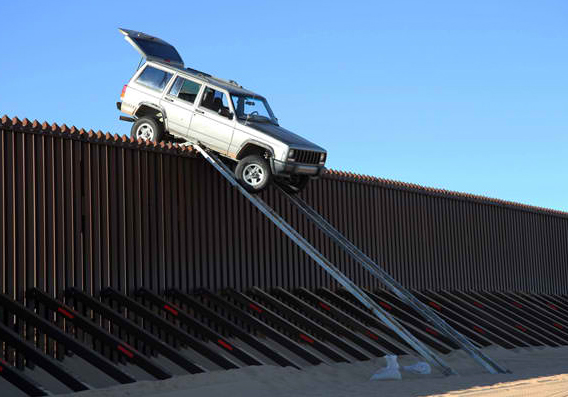 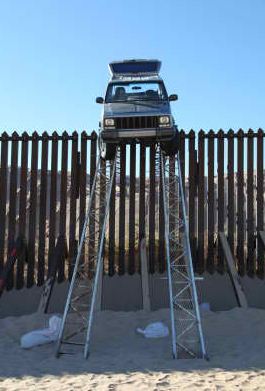 in this photo provided by the U.S. Customs and Border Protection, a silver Jeep Cherokee that suspected smugglers were attempting to drive over the U.S.-Mexico border fence is stuck at the top of a makeshift ramp early Wednesday, Oct. 31, 2012 near Yuma, Ariz. U.S. Border Patrol agents from the Yuma Station seized both the ramps and the vehicle, which stalled at the top of the ramp after it became high centered. The fence is approximately 14 feet high where the would-be smugglers attempted to illegally drive across the border. The two suspects fled into Mexico when the agents arrived at the scene. (AP Photo/U.S. Customs and Border Protection)
via http://www.autoblog.com/2012/11/01/jeep-cherokee-left-teetering-on-border-fence-after-failed-crossi/#continued
at Saturday, November 03, 2012