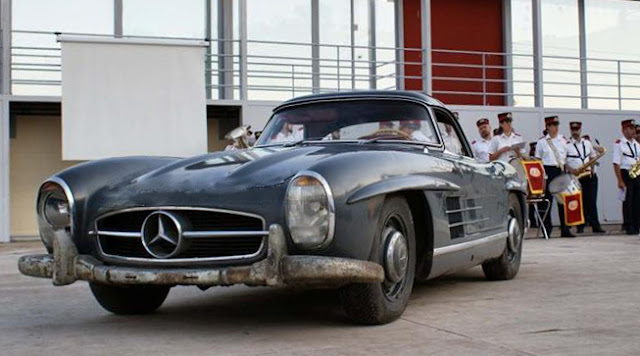 You'll need a translator like Google Chrome to read the article for yourself, but basically

Pireaus, a city in Greece honored the memory of Kriton Dilaveri, by selling the car he left the city, and they got 405,000 Greek currency units, naming a park for Dilaveri. The German bidder Rajina Hildebrandt won the car at auction
Found on http://www.highoctane.gr/photo.aspx?sbj=2446&pic=8&comp=mercedes-benz
at Wednesday, October 26, 2011