Shelby De Mexico, I learned of them just now, I never heard of Shelby Mavericks either, but here is the scoop (and a reminder about the Shelby Europa) 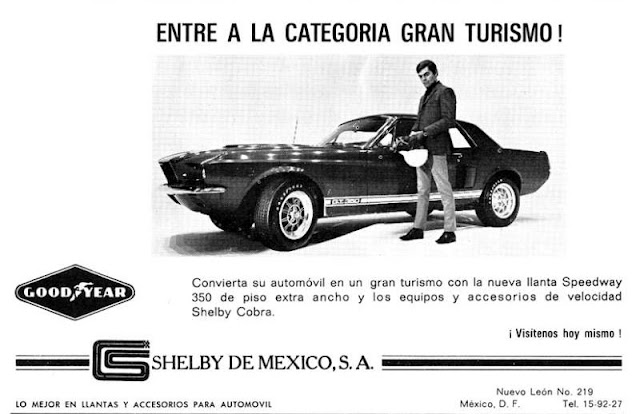 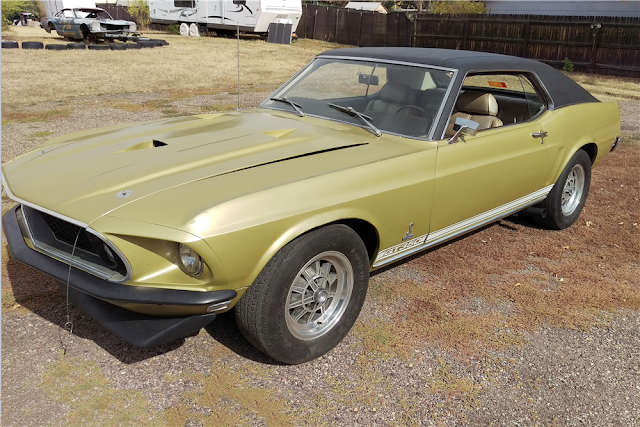 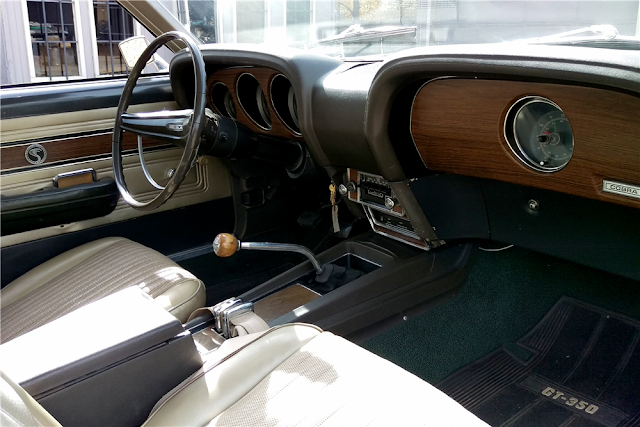 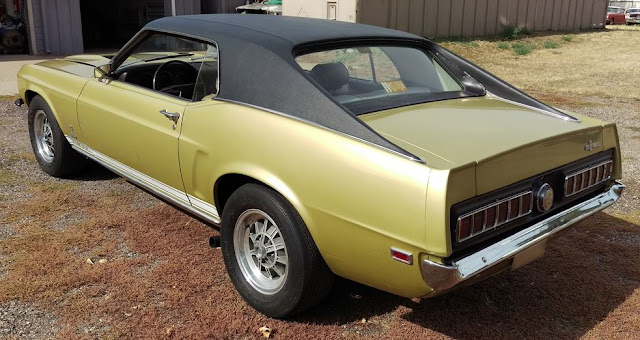 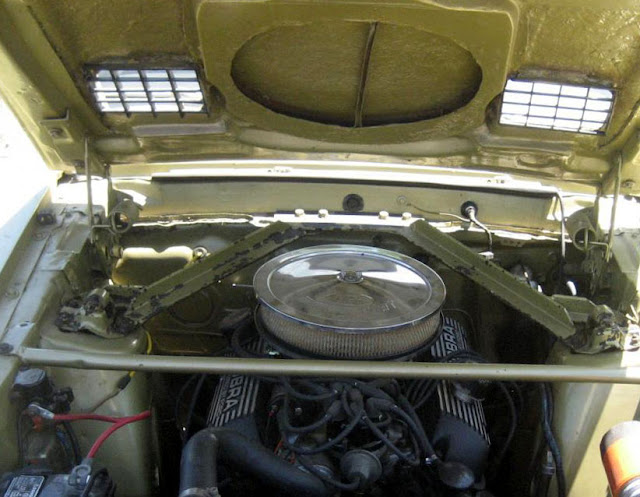 There's the scoop ( literally ) Naca duct for fresh air and 2 exhaust to keep it cooler under the hood. 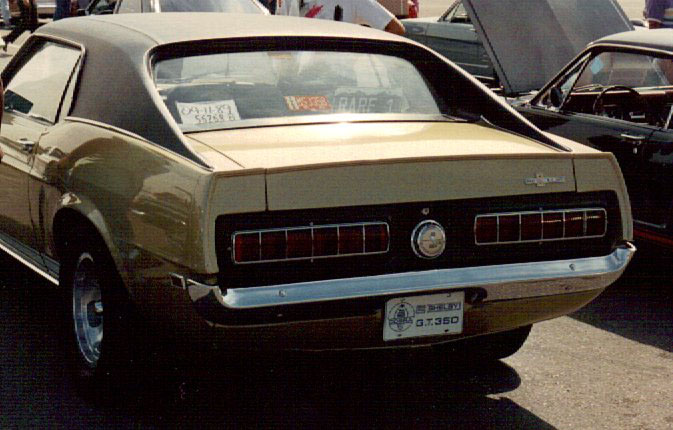 Sequential taillights, just like the California Specials (originally from the t-birds) 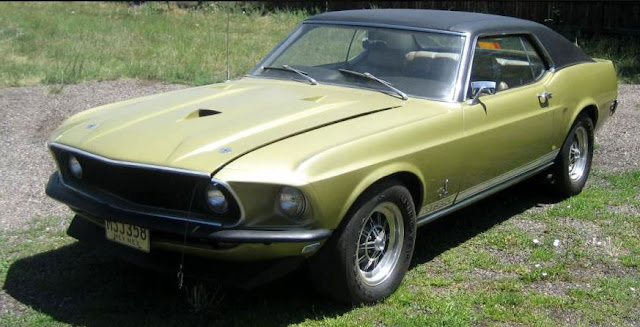 with hood pins, and the Shelby rims 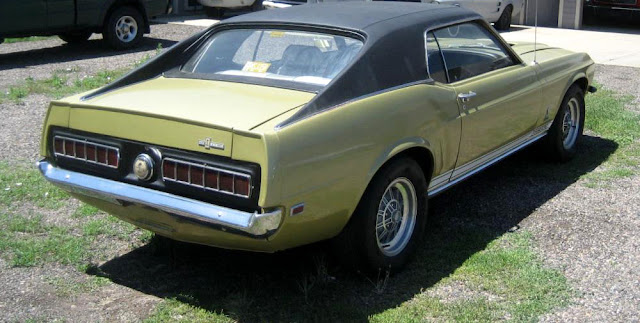 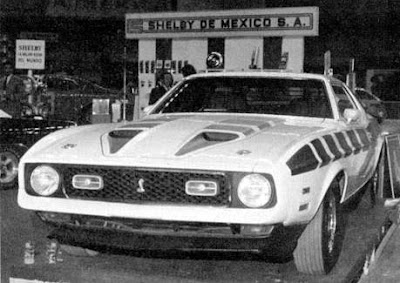 If you have a Mustang built in Mexico City, Valencia, Venezuela, Lima, Peru, Amsterdam, The Netherlands or Sydney, Australia and want to join the registry, see http://www.hammar.dyndns.org/~mexmust/history.htm 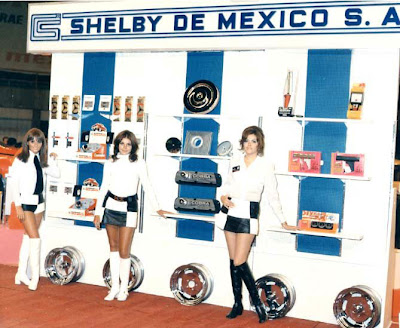 So here's what it's all about:
In 1965, Mexican auto parts distributor Eduardo Velazquez bought a Hi-Po 1965 Mustang hardtop and delivered it to Hi-Performance Motors in Los Angeles for conversion to competitive status. Equipped with a race-ready 289ci engine and the complete Shelby suspension, the Mustang became a winner in Mexico . By the end of 1966, Velazquez's team had won ten of the seventeen events they had raced.

Ford Motor Company, S.A, the Mexican branch of the corporation, had begun producing Mustang hardtops During 1966, Velazquez became a Shelby parts dealer, and the victories provided great promotion for Shelby aftermarket parts for those Mustangs. In 1967, Velazquez formed a friendship and partnership with Carroll Shelby. Their company Shelby de Mexico, would create modified Mustangs to be marketed through Ford of Mexico dealerships.
Velazquez sold one in 1990 and it's sale made for an article in Mustang Monthly in 1991 http://www.hammar.dyndns.org/~mexmust/Articles/m910388.htm

The 306 Shelbys produced in 1969 were based on 302hp powered Mustang hardtops, but had fiberglass roofline extensions that created a Fastback look. Their front sheetmetal was near-stock Mustang, but the slightly bulged hoods were fiberglass, their deck lids had spoilers, and the taillights were the 1965 Thunderbird units used by US production 1968 and 1969 Shelbys. Several of the 1969 Shelby de Mexico GT-350s have been brought into the United States during recent years, and two have been featured in Mustang Monthly and other enthusiast magazines.

During those years, Shelby de Mexico campaigned Mustang race cars throughout Mexico , including two Shelby-built 1966 and 1967 Group 2 hardtops. Much advice was received from Al Dowd, Phil Remington, and Lew Spencer at Shelby American, and Carroll Shelby made a point of attending several races in Mexico . The company created two race cars in 1969 and only one in 1970. Only one of those race-specific models is known to survive.

all this info, lifted verbatim because it's dead on and consise: http://sarin.lunarpages.com/~musta4/mustangtrivia/shelbydemexico.htm 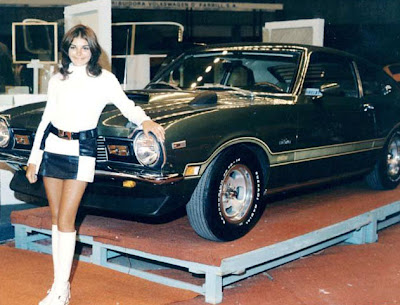 But the Shelby Maverick is a real big surprise.. 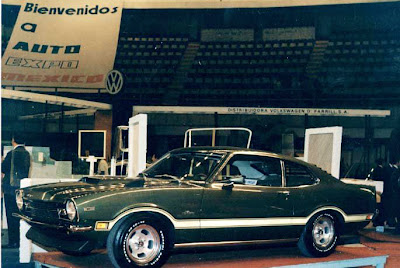 The authoritative write up is from Bob McClurg who made some trips to Mexico and almost bought one, but while he was waiting for delivery, it all went up in smoke, the car and his contact in Mexico disappeared. He first covered the Shelby in Mustang Illustrated February 1991 which is online right here: http://www.darkhorseracing.net/south_of_the_boarder.htm and refreshed with a new look in this months Muscle car

Just reminded me about the Shelby Europa http://justacarguy.blogspot.com/2011/02/shelby-comet-never-heard-of-that-have.html
at Tuesday, February 22, 2011