48 years of family determination to restore a Duesenberg found in an LA junkyard in Dec 1952, the work continues 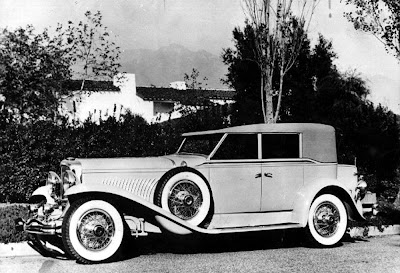 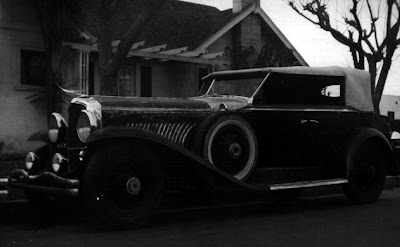 Above 1951 and painted black 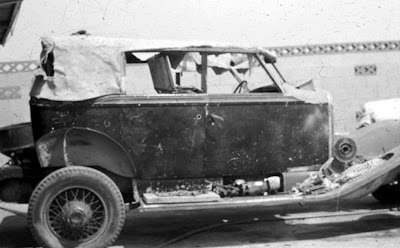 Above 1962, 10 years after being pulled from the junkyard 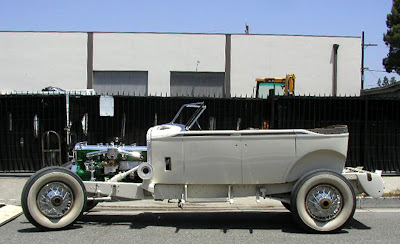 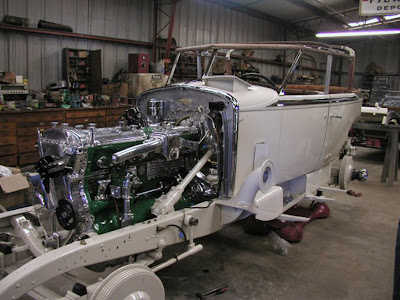 1929 Model J Duesenberg Kirchhoff Convertible Berline Sedan, J186-2208 was first purchased by the grandson of the president of the Singer Sewing Machine Company.
He purchased it when his Stutz steering locked up, and later when he saw a Kirchhoff, (former foreman for Murphy's coachbuilding company) convertible sedan he had one built for his Duesy.
It was sold in the mid 40's, went through several owners, and in 1951 threw a rod through the block and was sold to a junkyard in LA.
Gil Curtright was a car enthusiast who frequently looked through the neighborhood junkyards for car parts and had actually admired the Duesy at a 1946 hot rod show, and was friends with a guy who had taken a photo of the Duesy earlier that year at a car show, and may have tipped him off to the Duesy's whereabouts, but definitely helped him haul it from the junkyard and cost him 500 dollars. It was one of 2 Duesenbergs pulled from the junkyard that day, the other was restored in a short time and was in the Elvis movie "Spin out"
in 1998, all the chassis parts were moved to a shop to begin the restoration. In the spring of 2006 the body was transported and has since been painted and installed on the frame. In 2008, the car was moved to a new shop, where the restoration continues.
I learned about this car yesterday, and it's possible that I might get to take photos of it when circumstances allow. The full story can be found at http://www.curtright.us/F4146E38-271E-4b39-87A2-1EE2B16FEC4B/Duesenberg.htm
at Sunday, June 13, 2010