the largest North American steam switcher was the Union Railroad’s unique 0-10-2, dubbed the “Union” type, built by Baldwin in Pennsylvania, weighing in at 644,510 pounds and delivering 90,000 pounds of tractive force, with another 17,150 pounds available from its booster. All that theoretically added up to 3,600 hp. 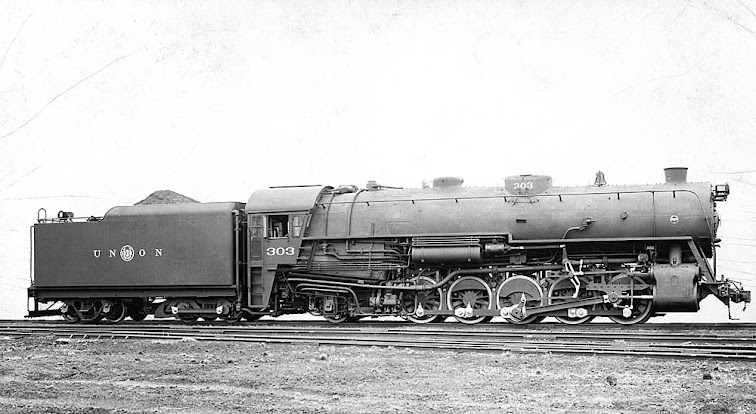 The Union Railroad is relatively unknown outside the Pittsburgh region. It is one of several lines formerly owned by U.S. Steel and heavily oriented toward industrial and ore-delivery operations, operating on about 200 miles of yard track and 65 miles of main line serving industrial customers within a 10-mile radius in Allegheny County.

The machine met a very specific need: obviate pushers used at two locations where grades reached 2.5%. A five-coupled engine was determined to be the answer, augmented by that extended two-wheel trailing truck supporting a large firebox.

The 0-10-2 was surprisingly compact, despite its claim as biggest steam switcher. Its huge boiler, measuring just 70 feet in length, was abbreviated on account of turntable length and other restrictions, and accomplished in part by dispensing with the engine truck and making the tender a rather short but tall affair. Its ungainly appearance was mollified to some extent by boiler jacketing extending to the end of the smokebox. 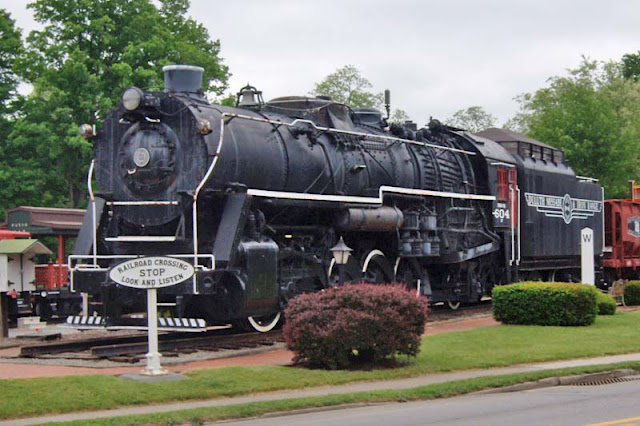 The 0-10-2s put in nearly a solid decade of faithful service before the Union was obligated to join the movement toward dieselization in Pittsburgh, borne of the smoke-choked city’s push for cleaner air. Still way too useful to scrap, the nine Unions in 1949 were transferred to another U.S. Steel road, the Duluth, Missabe & Iron Range at Proctor, Minn., where biggest steam switchers went to work on the Iron Range for another decade, renumbered as 600-class engines.
https://www.trains.com/ctr/railroads/locomotives/biggest-steam-switcher-union-railroads-0-10-2/
https://hawkinsrails.net/preservation/grp/grp.htm
at Thursday, December 01, 2022