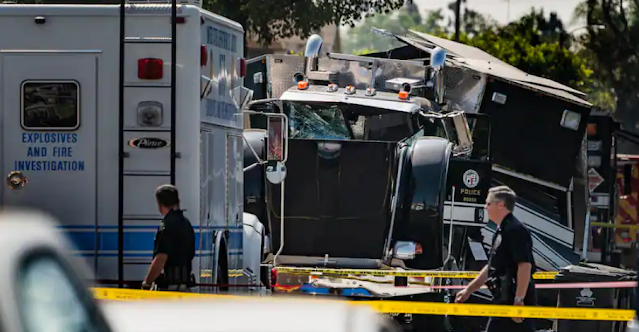 The explosion of the LAPD bomb-disposal truck that injured 17 people last month was caused by “human error” ( the rated limit was 24 pounds of explosive, so they loaded it with 42 pounds of explosive... but THOUGHT they were loading it with 16 ) after officials grossly underestimated (completely fucked up)  the weight of the fireworks they exploded in the neighborhood (with no apparent clue) and now the (clueless) 5 explosives detonation experts are relieved.
The incident resulted in five members of the bomb squad being “removed from the field” until additional training and an investigation into the case are completed
bomb technicians believed they had stored 16.5 pounds of explosives in the Total Containment Vessel, the bomb squad’s disposal truck, but an ATF National Response Team later found that the technicians had placed more than 42 pounds into the vehicle. 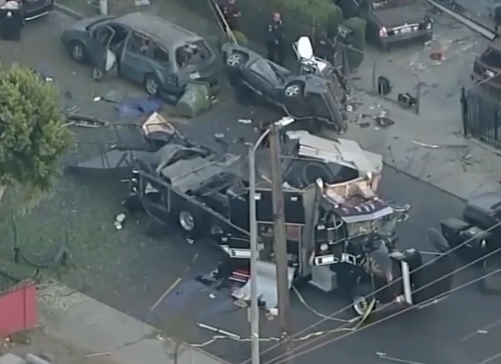 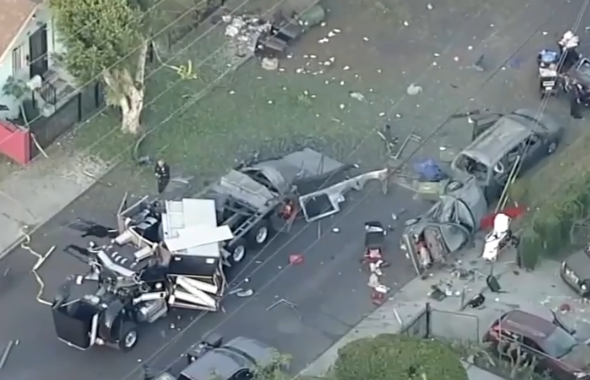 When you think you have 1/3rd of a solid material, but you have all 42 pounds of explosive... you're a moron. And you're going to get people hurt. That's what stupid does. Always has, always will. That's why this brain battalion of explosives experts are working for the LAPD, not the FBI, Army, etc etc
In addition to the 11 injured, the blast damaged or destroyed 37 vehicles, 22 residential properties and 13 businesses, police said.
https://www.washingtonpost.com/nation/2021/07/20/fireworks-explosion-human-error-losangeles/
at Wednesday, July 21, 2021