Henry Ford built 3 land speed race cars, and won a crystal punchbowl. It was auctioned off with his personal effects in '51. 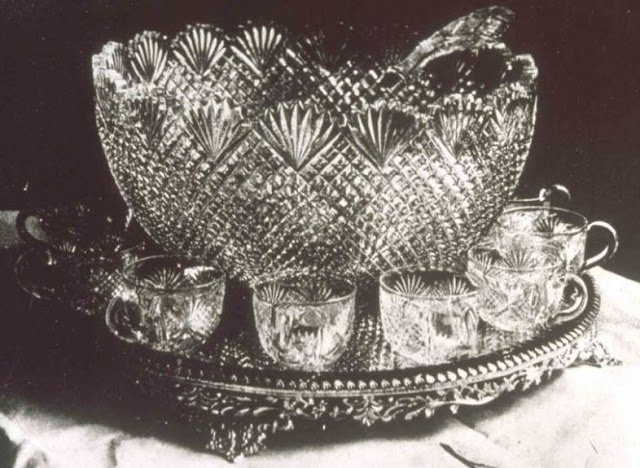 The bowl was never supposed to belong to Ford. Race organizers presumed Winton would win, so they let his promotions manager select the bowl as Winton's would-be trophy because, it was believed, it would look good in the bay window of his Cleveland home.

"Henry Ford was a nobody, virtually unknown even in Detroit, and Winton was the best-known racing driver in the U.S.," said Matt Anderson, curator of transportation at The Henry Ford

The Ford Motor Company would really like to have that punchbowl in the company trophy case. Probably not enough to pay you for it though...

Mr. Ford curtly offers  “There is no reward,” he said.

Mr. Ford also concedes that the punch bowl could “very well be under our noses and we don’t even know it.” Only 12 years ago, during a restoration of its 1901 Sweepstakes replica racecar, Ford Motor discovered that it was, in fact, the actual car driven by Ford to victory in 1901.

The Sweepstakes,
The Arrow
and the 999