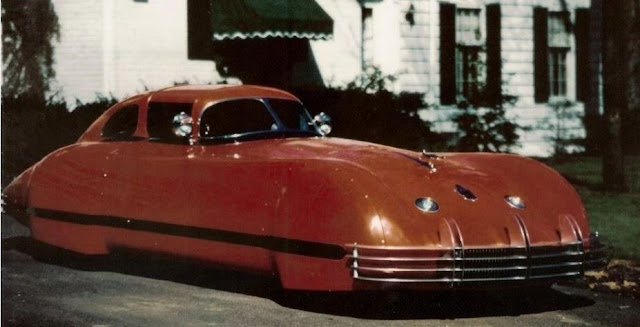 Built by master craftsmen, it lapped Indy at incredible speeds and attracted media attention like a Hollywood starlet in the days before Motoramas and car magazines.

And then, it disappeared, torn apart and rebuilt and split into two, its history obscured and obfuscated, and only now is its full story coming to light as its successor, the Pataray, is getting prepared for public display once again. 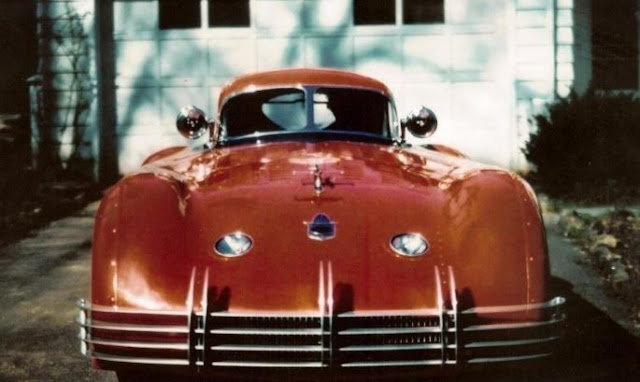 I suppose there is no connection, but the similarities in it's creation and overall look reminded me of the Phantom Corsair 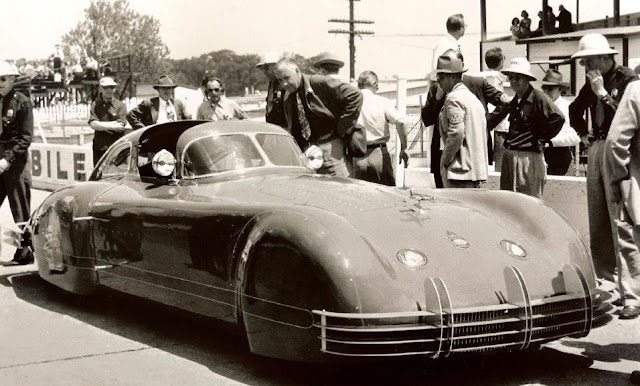 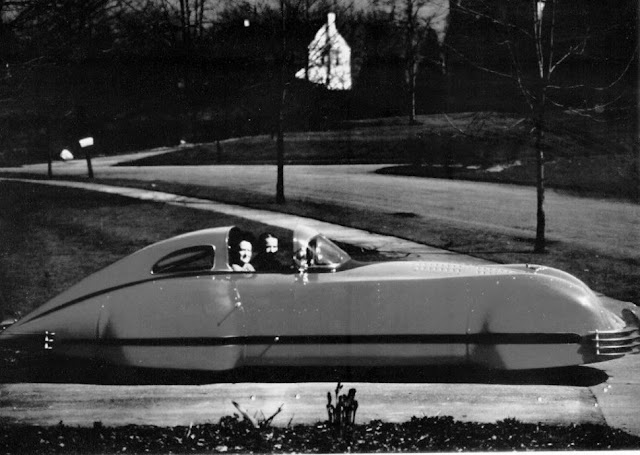 notice the similarity of the front bumper horizontal slats, long hood, aero dynamic 2 seater layout... sure, the Fageol has big wheel well humps... but both have useless headlights, split windshield, and fender skirts.