The Berlin Buick. A very nice bug. How they don't roast when driving from the engine heat I've no idea 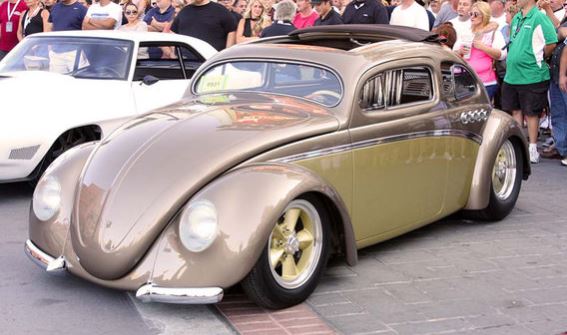 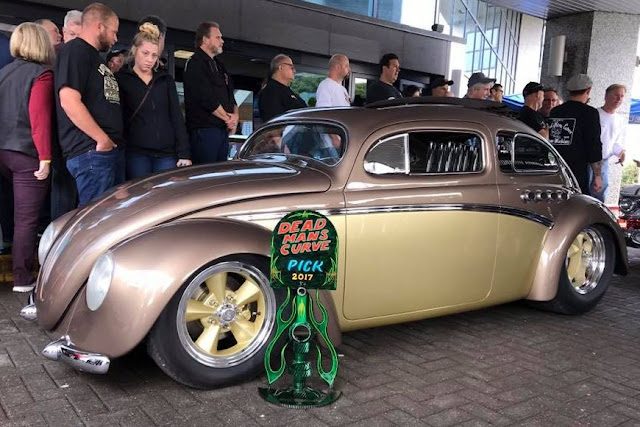 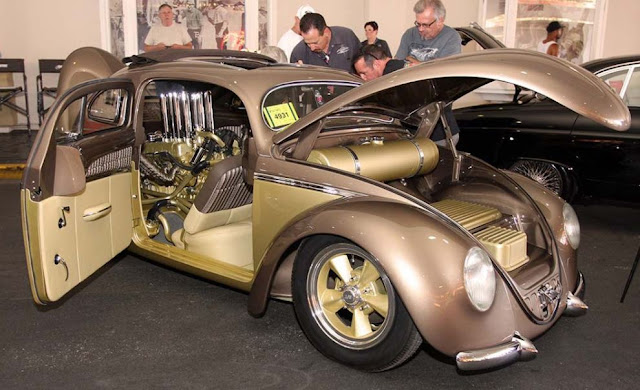 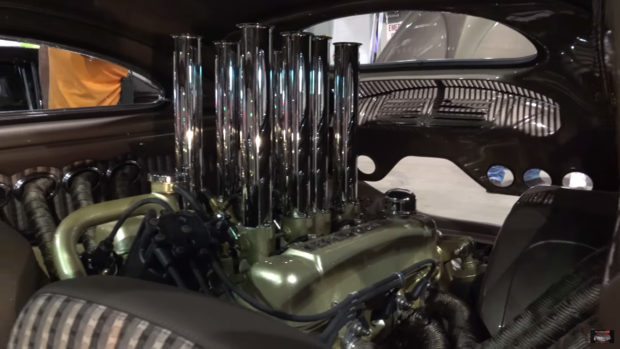 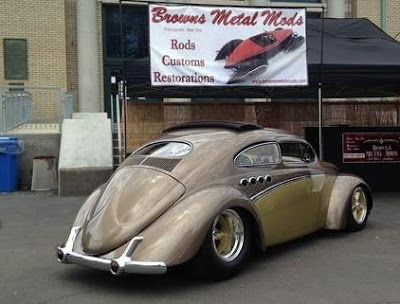 The “Berlin Buick,” as it’s called, started life as a 1956 Volkswagen Beetle. The motor is a 1961, 215 cubic inch aluminum block, fuel injected Buick V-8 engine which is mounted inside the passenger compartment where the rear seat would have originally been located.

At the recent Syracuse Nationals Hot Rod and Custom Car Show, the car was selected as a winner and hi-lighted in the prestigious Designers Dozen display.

The original concept of this VW-Buick combination is a long time dream of Rob Freeman from Watertown, who is the owner and designer. Mr. Freeman selected Brown’s Metal Mods to build this unique vehicle because of their notoriety, engineering and fabrication skills. The vehicle was constructed over a two year period and made its second showing at Syracuse in front of 100,000 spectators. The car’s two tone paint colors are tonic brown and ginger beer.

The Beetle uses a reinforced pan and rides on a custom independent suspension with RideTech air shocks. A custom tube chassis supports an all-aluminum Buick 215 V8 that produces 250-275 horsepower with a Hilborn injection stack and exhausts through straight headers that exit under the rear windows. 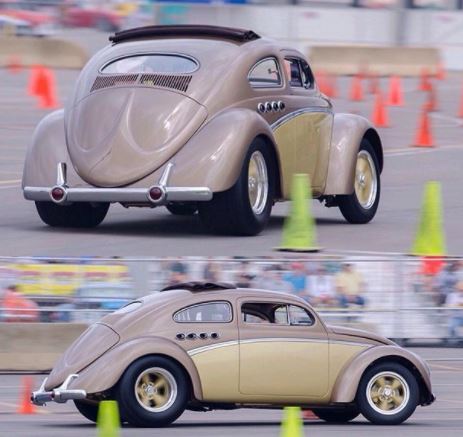 running the autocross at Columbus. 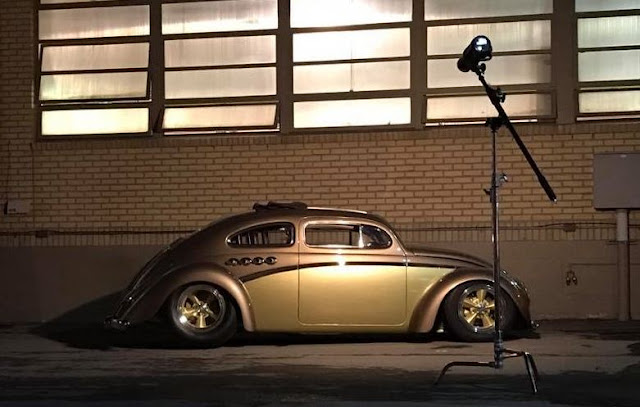 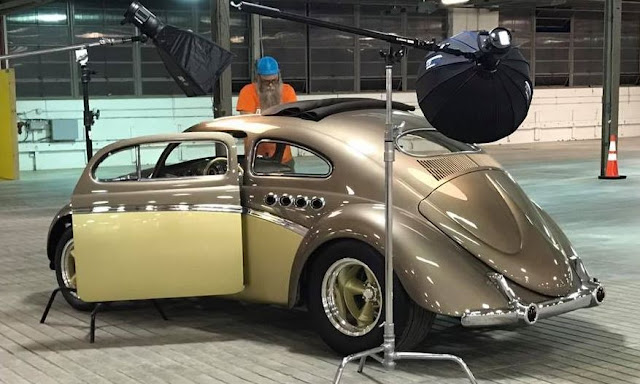 John Jackson of Not Stock Photography.