11 people were injured and hospitalized as idiot in a Porsche forgets just why people in Mustangs are dumbasses when leaving a Cars and Coffee..... and duplicates the jackass attempt at showing off. Learn how to do a burnout you idiots! 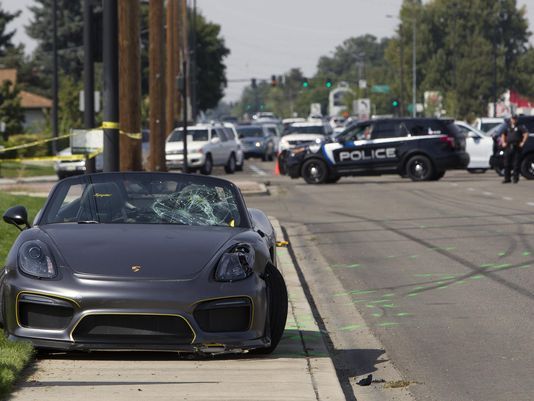 You can see on the road that several tires were smoked leaving the car show... and that this dumbass was richer than he was talented at driving.

His insurance company? Never ever going to give him a policy again

Justin King said he heard the crash and immediately rushed to the scene. "You could hear the screaming," he told the AP. "There were people's shoes that went flying. There was at least one youngster, less than 10, he was kind of unconscious."

King said 400 or 500 vehicles showed up for the car show and participants were peeling out for crowds who lined up outside the event to watch. "People like to show off when they leave these events," he said.