Scottsdale Arizona is having their 2nd annual (never heard of it last year) Grand Prix... though it looks a lot like Monaco with fancy karts. 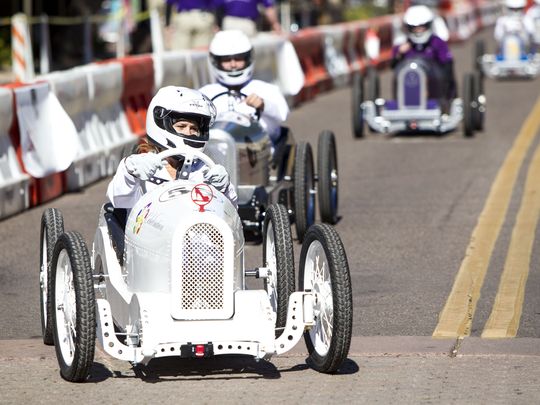 These 250 pound carts can reach 40 mph, have a 200cc engine, are 8 feet long, and can be left bare metal or overlaid with a wrap 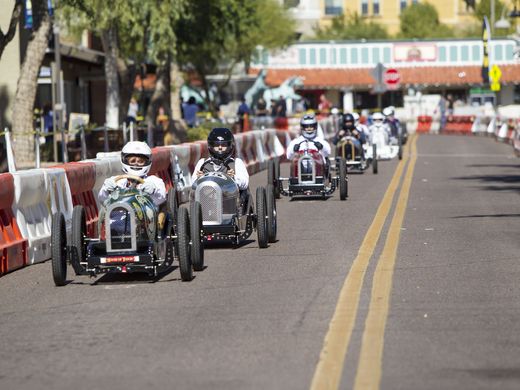 The creators of the Grand Prix promised to embody the spirit of 1920s-era, racing with 32 custom and vintage replica go-karts modeled to look like a race car from the Roaring Twenties, zipping along a mile long course as a benefit. The go-carts feature a six-horsepower motor and can exceed 40 mph.

And these aren’t just any racing karts — they’re modeled after originals from the 1920’s, complete with sleek aluminum bodies and buffalo leather hand-stitched seats.

The 21-and-older crowd was able to watch the race from a beer garden and restaurant patrons also watched from the patios of the over 20 eateries that lined the race course.

About 10,000 people attended the free event. The race organizers sold VIP tickets for $79.

Race co-founders Napoleon Smith (executive producer of the Teenage Mutant Ninja Turtles movies) and Andrew Bracanovich (who also co-founded Mesa-based Vintage Car Co., which created the event's featured mini racers) "We decided to shrink the cars, give them some personality so you're driving lovable pieces of art," Smith said. Smith took the idea to the mayor of Scottsdale and got the green light to hold the race in the downtown area. "We decided to turn downtown Scottsdale into Monaco for a day. 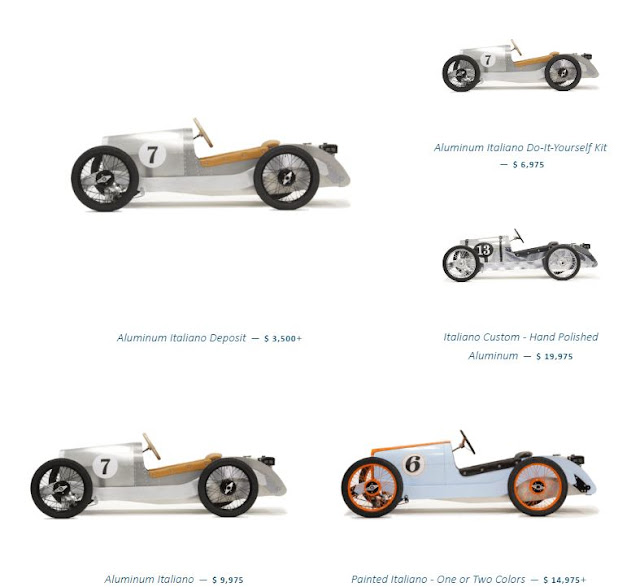 Carts cost from 7 to 23 thousand dollars. (that's pocket change for Scottsdale residents, it's the Malibu/Beverly Hills of Arizona in terms of wealth) or you can buy in for $1200 and share a kart with 5 other drivers.

Race team entrants are comprised of branded karts representing local, national and international company owners, VPs, managers, employees and clientele. You can take part by building your own race team and branding a kart, and it's up to your checkbook to limit how cool that can turn out. http://blog.dupontregistry.com/sponsored/second-annual-grand-prix-of-scottsdale/
http://www.cbs5az.com/story/30168942/grand-prix-coming-to-scottsdale

While anyone in the community will be able to line the course on race day, only non-profits will participate in the morning race and only corporate-sponsored teams will drive during the afternoon, Smith said. Teams can have up to 10 drivers, who will take five laps each in the 50-lap championship race.

While a few local galleries were concerned about the race’s effect on business, organizers expect an influx of tourists will lead to a bump in sales at the businesses that line the course. The producers had to get signatures of approval from all businesses directly lining the event before the city would issue the special-events permit.

Most of the 32 cars that will race in the Grand Prix would sell for about $10,000, although that figure doesn’t reflect what corporations actually pay to be a part of the event. The Vintage Kart Company is working on expanding its lineup to include a larger range of models inspired by classic brands from Ford to Ferrari that could sell for $3,000 to $12,000, Kotloff said.

Companies entered in the race have the opportunity to help design and build their kart, choosing details from paint schemes and finishes to the type of leather on the seats. So far, one company has come in to build their car, Kotloff said. The shop’s crew, Kotloff, and his two teenage sons will build the other 31 cars. 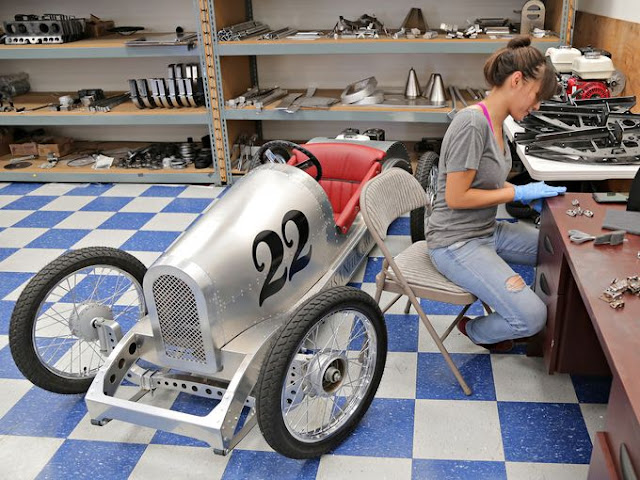