Houston we have a problem... what else can you say when you have a car club for a specific manufacturer, and find more cars in your registry than the factory made. Ooops! 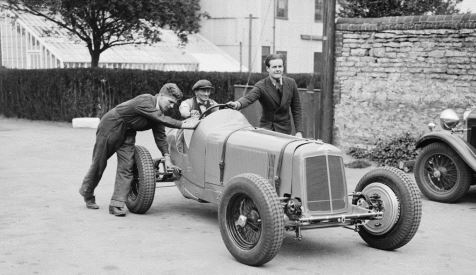 ERA, the English Racing Automobile, 1934-38, has a website that tracks the ownership of each chassis made, and who has owned it.

Well, here's an example of how things go kattywampus:

Walker did have a new sprint car in 1952 but it was an almost standard Cooper Bristol chassis and body powered by the two litre ERA engine that had been used in R10B during 1949.
GP1’s chassis was fitted with a Jaguar XK120 engine at some stage in the early 1950s and then returned to the ERA works at Dunstable from where it was bought by Ken Flint.
When Flint bought GP1 it had neither body nor engine.
Flint and Verdun Edwards combined the two E types (the chassis of GP1/the body of GP2) with a Jaguar XK engine to create a sports car.

That they had more cars in the club than the company made wasn't even noticed for a while.