Have you seen the new Cannondale Slate? Mighty unusual. Seems to be reaching for, or creating a market for a gravel road bike, as there is no suspension on the back wheel, just the front 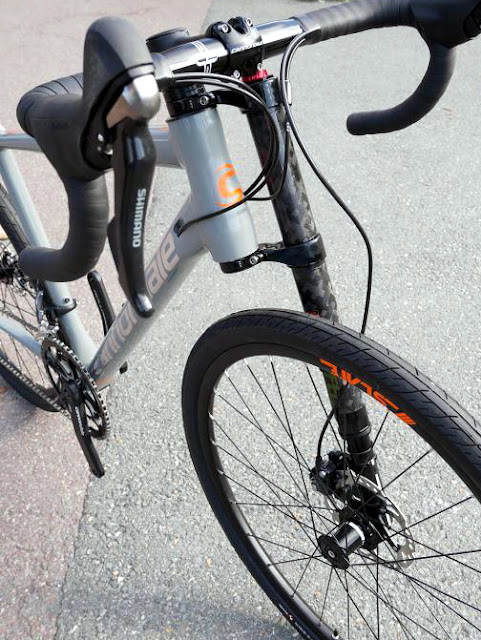 The fork is a new model of Cannondale’s Lefty but with a more road friendly 30mm of travel. The Lefty fork is something of great debate amongst mountain bikers but it’s widely considered to be amongst the stiffest mountain bike forks available. 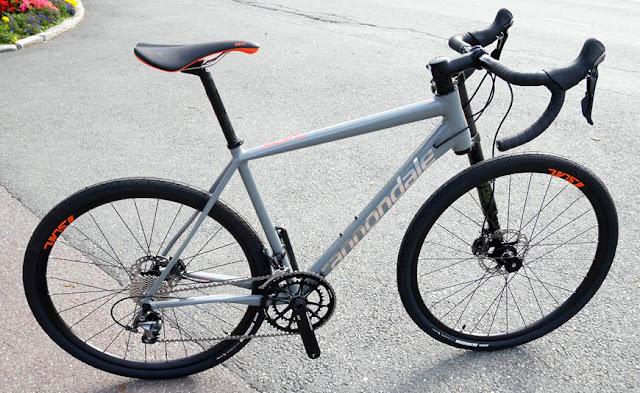 They’ve come up with a new idea of a road bike and wiped the slate clean. Get it? Slate…

One of the big leaps away from current road bikes is the move to 650B wheels. (what ever the hell those are)

650B wheels are all the rage in mountain bikes now as they sit between 26” (which are now all but extinct) and 29”.  (It's been a decade since I rode my bike, I've no idea wth he's talking about)

When paired with 42mm tyres, the outside diameter is the same as a 700c wheel shod with 22mm tyres. This means you have no penalty from the smaller wheel size but you do have loads more comfort due to the increased tire volume. 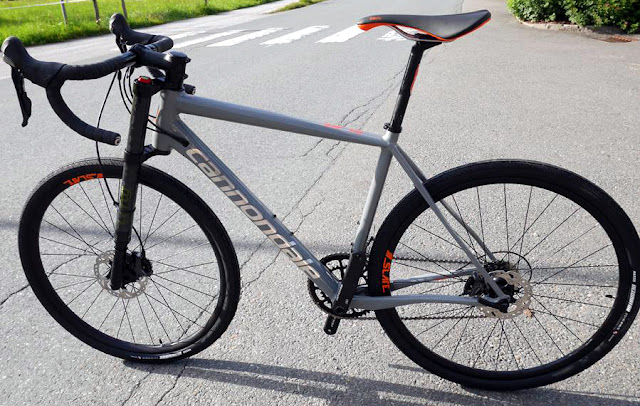