August Fruehauf and Otto Neumann, blacksmith and wagon makers invented the semi-trailer in 1914 for a local lumber tycoon in Michigan, hitched it to a modified Ford Model-T, and founded an industry 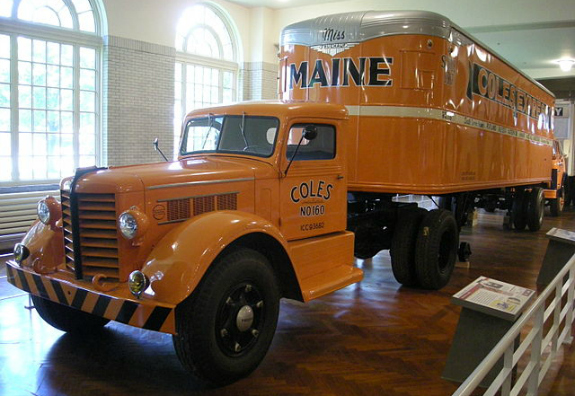 The Fruehauf Trailer Historical Society (FTHS) announced today the opening of an exhibit on Sunday, June 7, at the Detroit Historical Museum

The Fruehauf Trailer Company operated from 1914 to 1997 across the United States, Europe and Asia introducing such revolutionary inventions as hydraulic dump trailers, bulk tanker trailers, the automatic fifth wheel hitch and the shipping container in 1956.

“Over 1,000 inventions, 150 for the military alone, helped the Fruehauf Trailer Company attain the rank of 75th largest company in the world

DHM exhibition will feature photographs and company memorabilia from the family’s collection focusing on the key Fruehauf patents and innovations to the trucking industry. The exhibition inaugurates a new DHM gallery and will remain on view for the next nine months. 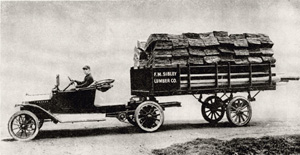 Over at the Ford Piquette Model T plant they have a 1916 trailer on exhibit, and a Model T restored by Randy Shelton, a Ford powertrain engineer  http://www.at.ford.com/news/cn/Pages/Ford%20Employee%20Restores%20Model%20T%20to%20its%20Original%20Splendor.aspx

Have a look at this incredible restoration project from Members Randy Shelton and Jim Basile.  It's a Smith Form-A-Truck Model T and represents the world's first 5th wheel tractor trailer.
https://www.facebook.com/techshopdetroit/videos/995135267172890/ 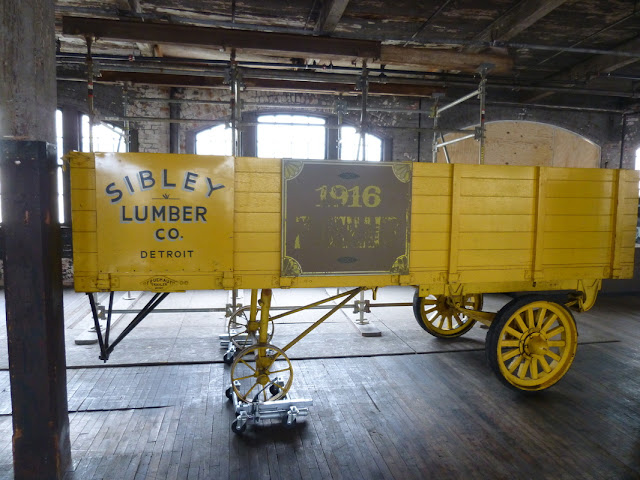 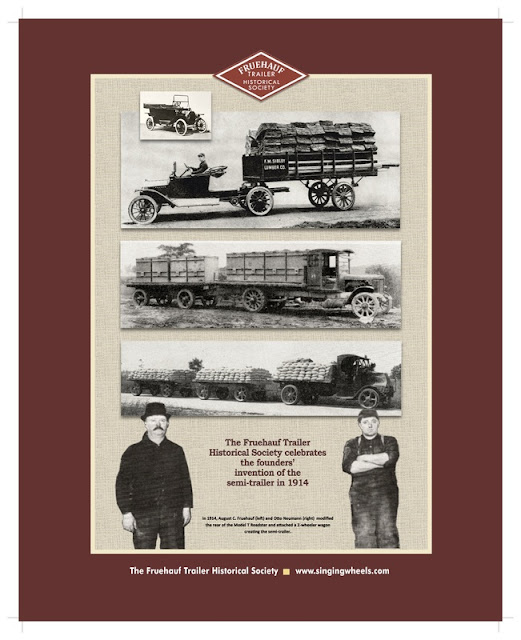 By the mid-1920s, trailer sales passed the million-dollar mark, and by the mid-1950s, Fruehauf had expanded into nine plants across the United States, Canada, Brazil and France. Along the way, the company secured hundreds of patents for trailer innovations, including the automatic coupling, hydraulic dump trailers and bulk tanker trailers. In 1956, Fruehauf even had a part in developing what we now know as the intermodal shipping container, designed for simplified shipping of goods on train, truck or ship.

After the company fell out of the family’s hands in the mid-1960s, Fruehauf began to diversify, eventually buying up subsidiaries such as Kelsey-Hayes. But by the 1990s, power struggles and financial problems within the company forced Fruehauf into bankruptcy, leading Wabash National to buy Fruehauf’s main U.S. business in 1997.