Photographers and geniuses, they look at the same things everyone else does, and see something no one else does, the genius explains it, the photographer shares it. I applaud Lucas Zimmerman 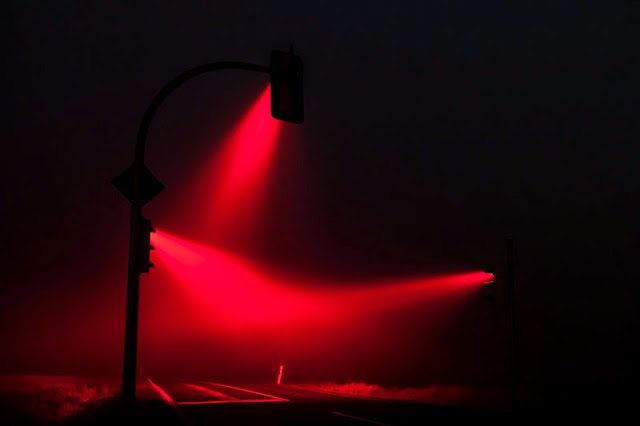 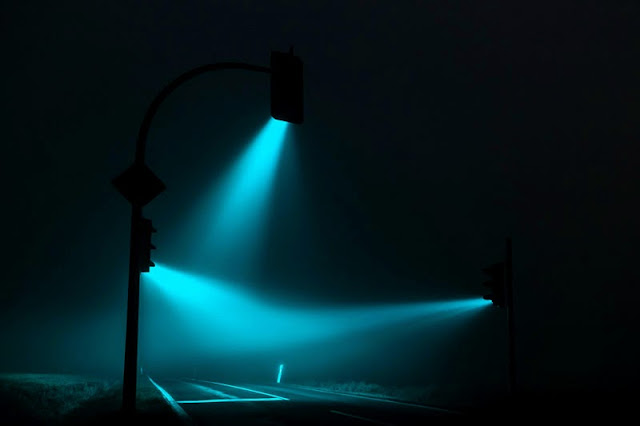 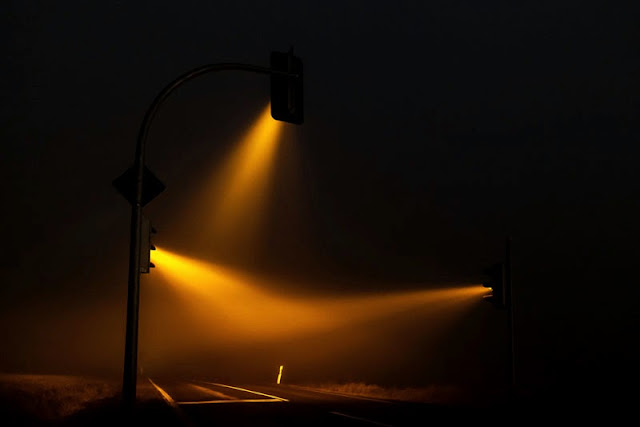 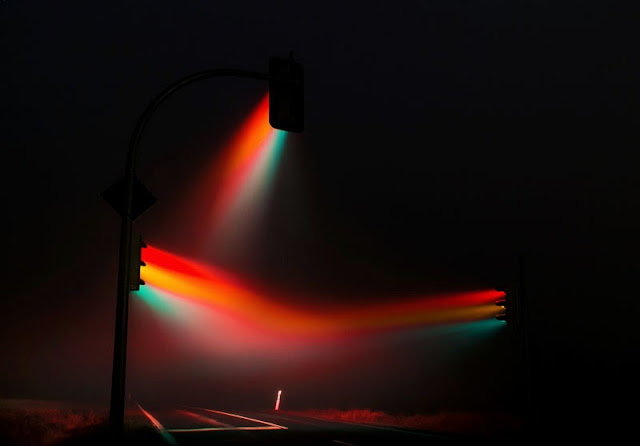 Located somewhere near Weimar, Germany, photographer Lucas Zimmerman set up his camera on a foggy night and started taking 5 – 20 second long exposure photos as the traffic lights shone into the distance.

Lucas was able to play with the colour of the traffic lights by adjusting the ‘temperature’ in post production (hence the green light looking blueish in #4). The ethereal results became a series simply entitled, Traffic Lights. http://www.behance.net/gallery/Traffic-lights/13150627

Lucas has been shooting professionally since 2009, working around the world and holding his first exhibition in Beijing last year. In December of 2012 he partnered with Maria Le Quang and founded LUMA Visual Creations, a photography group based in the German cities of Landau, Würzburg and Weimar.