that cool old vehicle in the 2nd Sherlock Holmes movie, Game of Shadows... is an scratch built new, to look like a 1893 Duryea 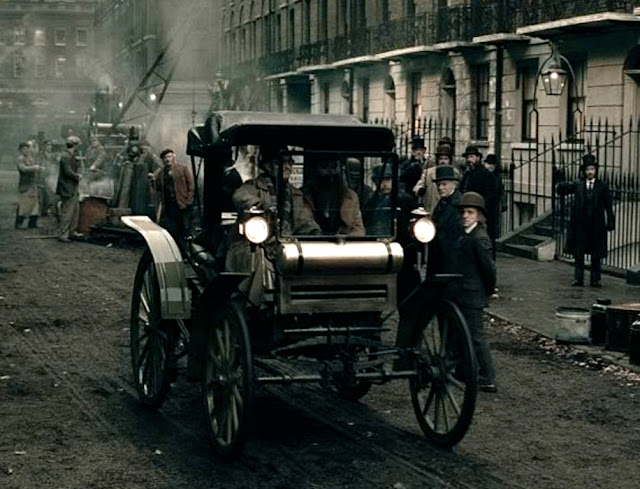 Samantha added in the comments, on Jan 23rd 2014, The car in the Sherlock film was actually made from scratch by the Special Effects Crew at Elstree studios UK. It has no heritage as it was made up of various parts that we could get our hands on; it has recently gone on a tour of the USA with Warner Brothers 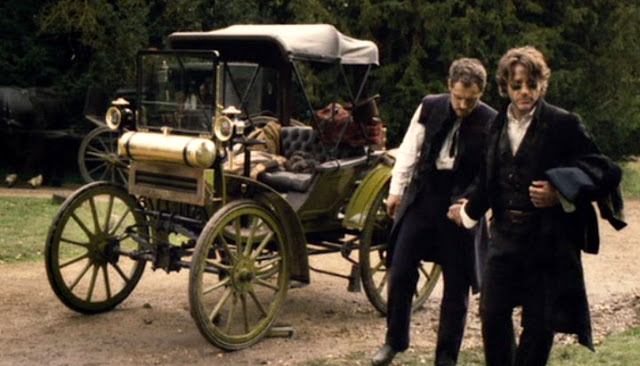 This frail gasoline-engined buggy started it all when it was driven on the streets of Springfield, Mass., on September 21, 1893. The second Duryea built won the Chicago Times-Herald Motocycle Race, Nov. 28, 1895.

The Duryea Motor Wagon Company constructed 13 identical automobiles in 1896, making them the first American company that moved from making one car to making multiple copies for sale. Although they did not build the first American automobile, the Duryeas—like a number of other early automobile pioneers—claimed they built the first American car.
http://americanhistory.si.edu/onthemove/collection/object_1272.html
at Friday, June 15, 2012