Want to see the Pomona dragstrip with 1964 action? With Tommy Ivo's, Don Garlits', and the Greer Black Prudhomme top fuel rails? Plus Dean Jeffries Manta Ray in action. What if you have to put up with a 60's Annette and Frankie Beach Party type movie? well, it was worth it to get these shots

The movie starts with the bunch of surfer-dragster-dancer kids going to the beach to surf. That trailer has very era correct art, just take a look at the "Monster shirts" of Mouse, Jeffries, Roth, and Von Dutch... especially the Mouse art http://justacarguy.blogspot.com/2010/01/mouse-monster-shirts.html 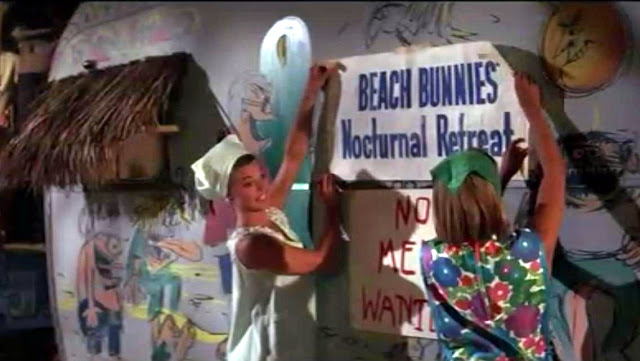 and here are a couple close ups 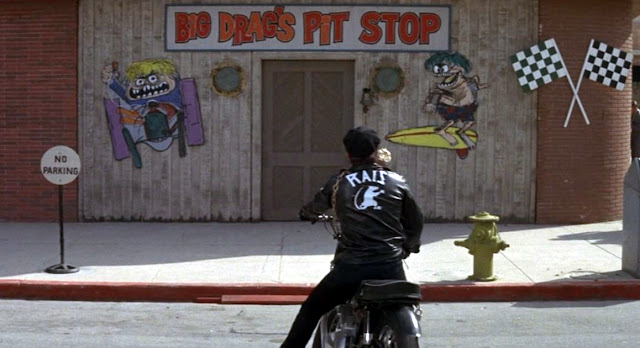 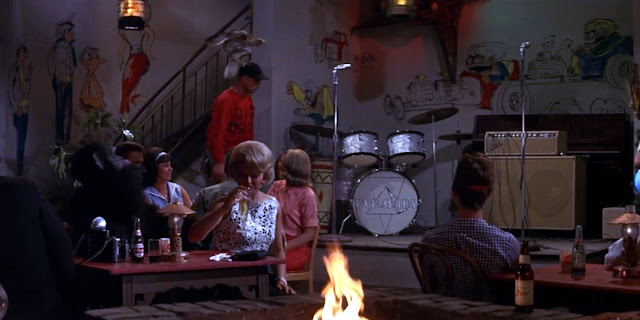 the above C&T Automotive slingshot has a word painted just above the parachute, "Britannia" but it only appears on the car half the time this dragster is on screen 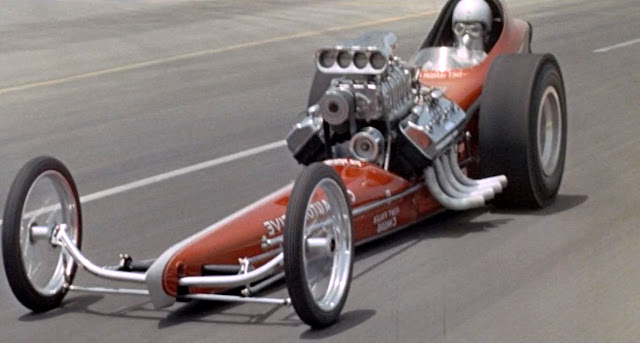 The movie edittors must have been going to Movie "Grade School" becuase they were real bad. The clip I got from a drag race sequence was flipped backwards, notice the above dragsters lettering

Tommy Ivo's famous "Showboat" , in the below video, which has the movie clip of it running down the track, Tommy explains how he engineered the 4 engines to work simultaneously 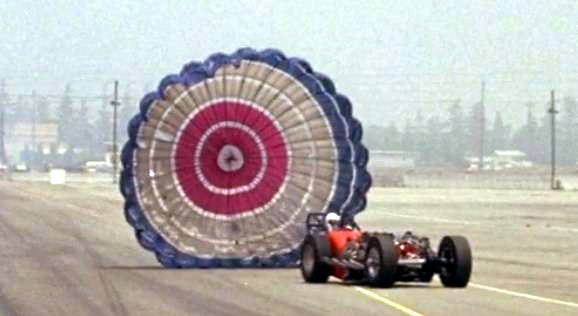 Don Rickles in the red jumpsuit, his character runs the dragstrip and owns the bar "Big Drag's Pit Stop" at the beginning of this post

There were about 10 sligshot dragsters on the movie set, the Manta Ray, and the Show Boat 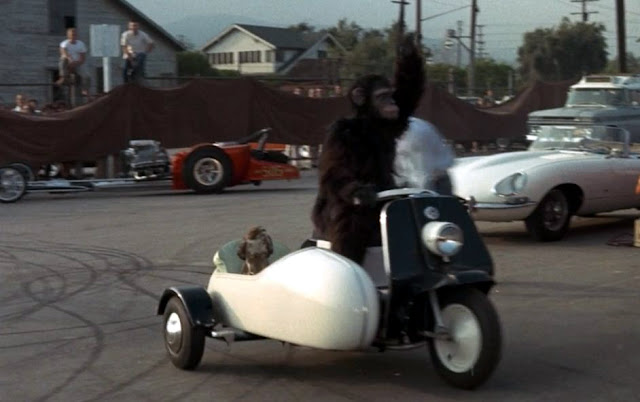 And they even went so nuts as to include a guy in a chimp suit thoughout the entire movie, and even had it drive a Harley Davidson Topper scooter, http://justacarguy.blogspot.com/2009/06/how-did-harley-owners-ever-reinvent.html but with a sidecar... I've never seen a Topper with a sidecar... quite kooky 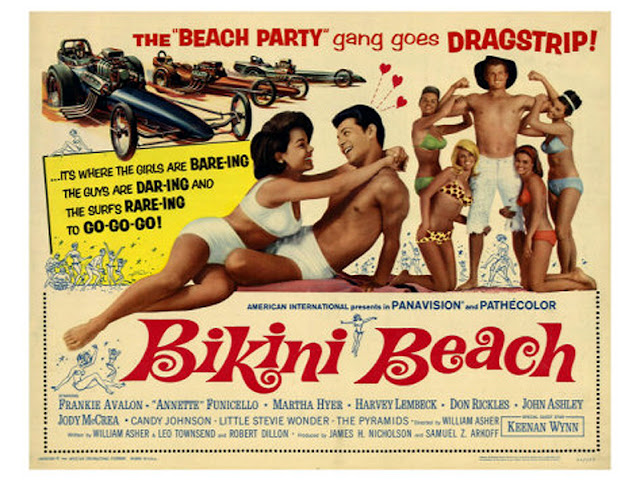 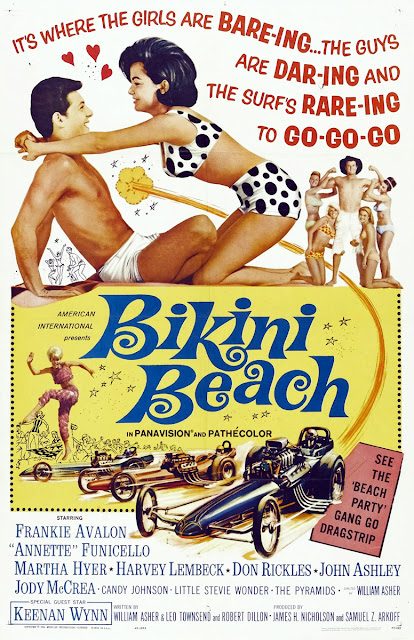 for a couple dozen behind the scenes and making of photos: http://www.gettyimages.co.uk/search/2/image?artist=the%20enthusiast%20network&excludenudity=true&family=editorial&page=167&sort=best#license
at Monday, December 26, 2011