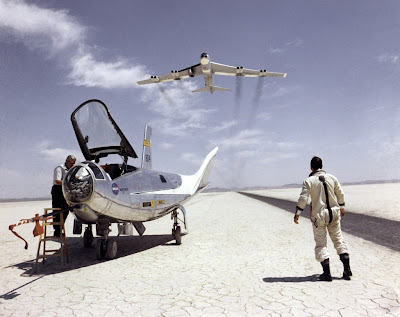 I wasn't sure what the aircraft on the ground was (above it you see the B52 that it used for piggy back rides to test altitude) , but 3 readers used the comment feature to let me know it was the Northrop HL 10, used to do flight research on aircraft design for unpowered reentry from space, utilizing the speed of falling to create lift for the controlled flight of the spacecraft. More interesting than the facts of it's intended R&D use, is that it was the featured spacecraft the Million Dollar Man tv show appeared to use as the crash vehicle that made it necesary to create the bionic man. Just a fun tidbit. http://en.wikipedia.org/wiki/Northrop_HL-10 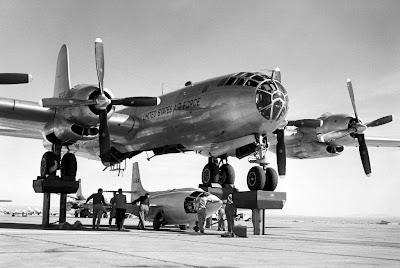 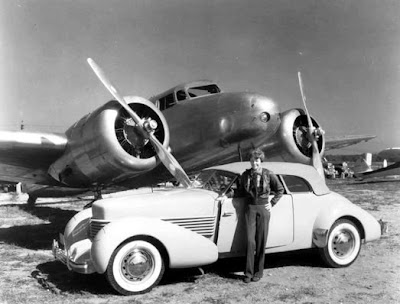 Amelia Earheart and her Cord 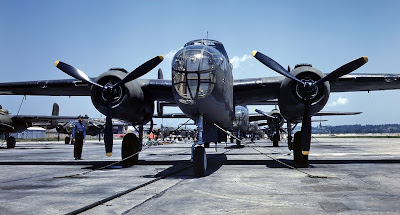 Bombers, love them, love the look, the stories, the awesome amount of turret guns 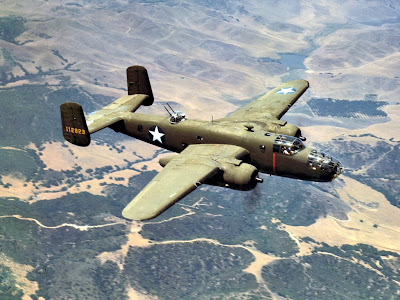