Home built Shelby Cobra Daytona was made when Shelby sold chassis CSX2130 to an independant racer. I wonder if it was the only one 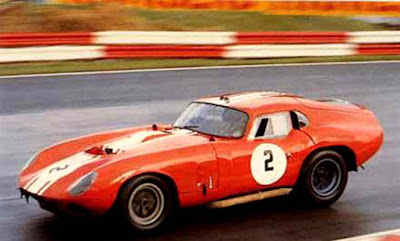 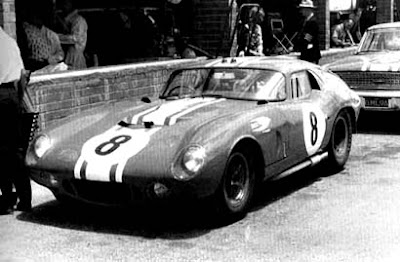 learned about this at http://www.jalopyjournal.com/forum/showpost.php?p=5870067&postcount=13861
but the story is at http://www.imca-slotracing.com/1964-Le%20Mans%2024-5.htm
September 26, 1964 - The annual Autosport Three Hours, at the Snetterton track is the tenth and last round of the British Championship and the fifth time that Ford and Cobra stay eye into eye.
Eventually there are only two Cobras (a Willment Coupe and the HEM-6) at the start and two Ferraris - two LMs: Maranello's for Graham Hill and Piper's.
At the start, with Graham Hill on the pole, it's raining the proverbial cats and dogs.
As the track becomes less like a lake, Jack Sears is able to use some of the power of his Willment Cobra Roadster, passing Roger Mac and taking the lead.
The Willment Cobra Daytona Coupe places 1st
October 21, 1964 - This is the third year that British drivers show at the Daily Rand Nine Hours of Kyalami. Willment Cobra Daytona Coupe places 5th
at Wednesday, December 29, 2010