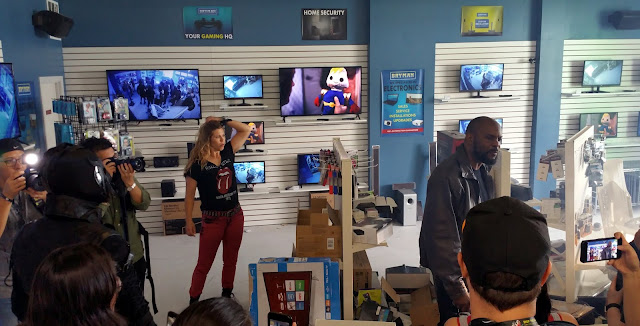 So, here's the thing. These interactive events for Comic Con goers are so big they do them in parks nearby the convention center where Comic Con gets hundreds of thousands of people to migrate, every July.

And this activation was a murder mystery crime solving type of escape room... there are clues that follow the narrative to follow the story line of the tv show

The activation for The Boys puts participants in the middle of a crime scene.

Two of Billy Butcher’s anti-supe acquaintances need help trying to figure out what happened in the chaotic crime scene:

Participants need to follow the instructions of Butcher’s two acquaintances to help piece together the crime scene to figure out what happened. What follows is a chaotic search for clues guided by two hyperactive and colorful actors who really nail the vibe of the show.

Obviously someone went through this wall at super speed! 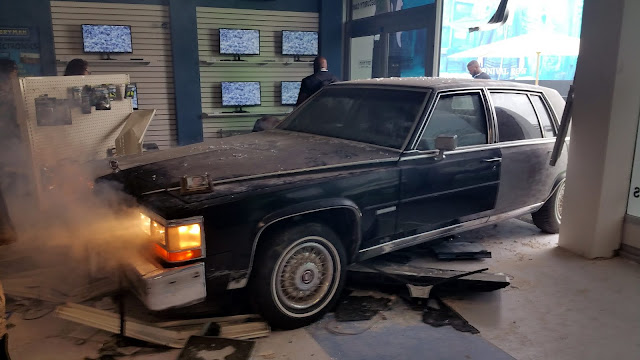 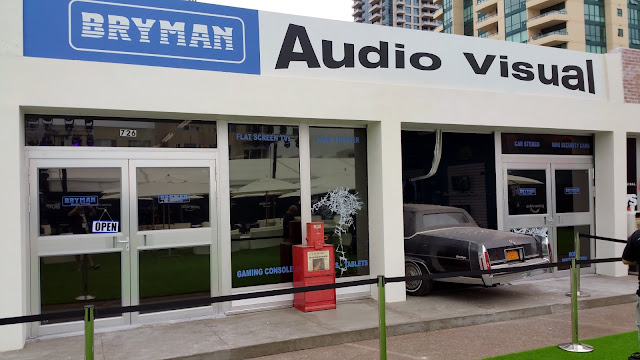 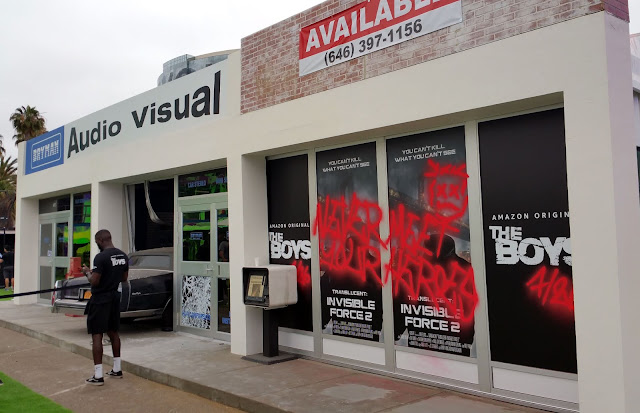 So, what is this tv show about?

It's about to be on Amazon Prime, this Friday!

THE BOYS is an irreverent take on what happens when superheroes, who are as popular as celebrities, as influential as politicians and as revered as Gods, abuse their superpowers rather than use them for good.

They also cause collateral damage and ordinary people die... and it's pissed off some guys, who team up to get rid of the Supes (super human super powerful sure, super heroes? Not so much!)

It’s the powerless against the super powerful as Karl Urban (Bones on the 3 new Star Trek movies, also Judge Dredd) gets some guys to embark on a heroic quest to expose the truth about “The Seven,” and their formidable Vought corporate backing – the multi-billion dollar conglomerate that manages these superheroes and covers up all of their dirty secrets.

When Hughie (Jack Quaid, “The Hunger Games”) suffers a devastating loss at the hands of a reckless Supe his devastation turns to outrage when he discovers there is no legal recourse for victims of collateral superhero damage.

While still reeling from his trauma Hughie meets a mysterious operative, Billy Butcher (Karl Urban, “Star Trek”), who recruits him to join in his pursuit of some vigilante justice against the Supes—who are not exactly what they seem.