Dick Harrell COPO 427 Camaro finally gets out of the garage... after 40 years of storage. The only 4 speed Harrell ever built... spent 90% of it's life so far in a garage not being used 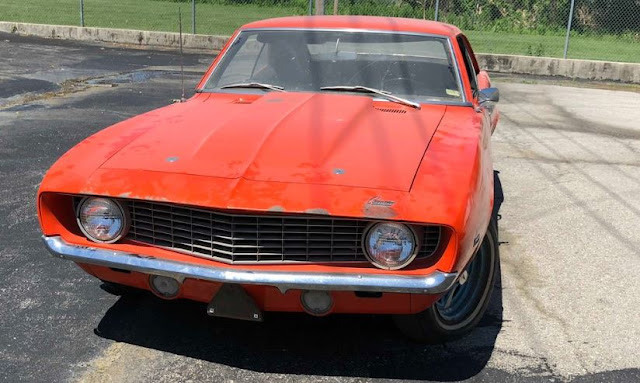 and the kicker? The old guy who was "going to restore it someday"? Inherited it when his brother died in 1977. He just made a fortune for storing it for decades, darn shame he didn't enjoy driving it. 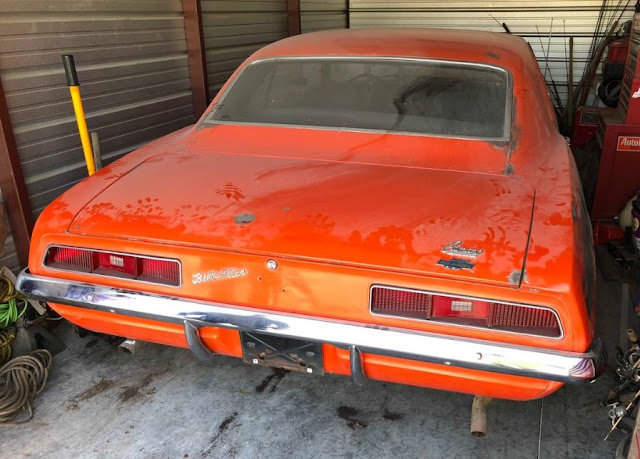 What's wrong with being honest and saying - I was too broke to buy parts or pay for a paint job, so I held onto it until I was offered the right price by a collector who is simply going to profit off it.

Funny how the 1972 Barracuda used the same stripe design.