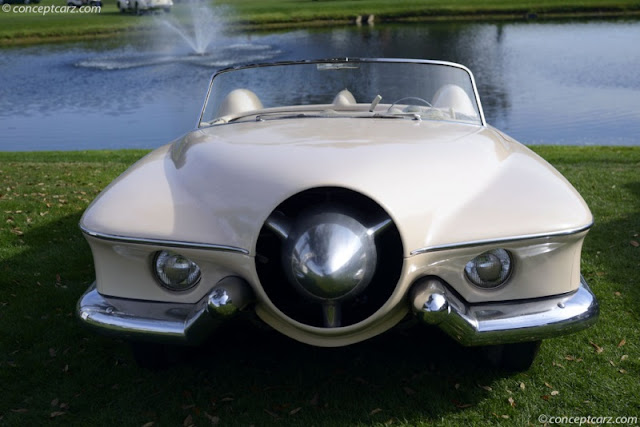 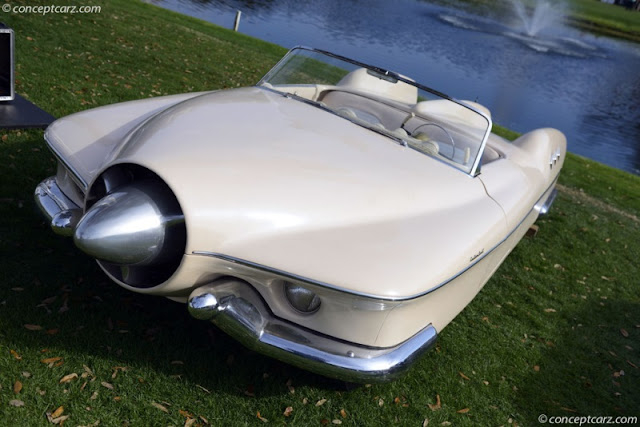 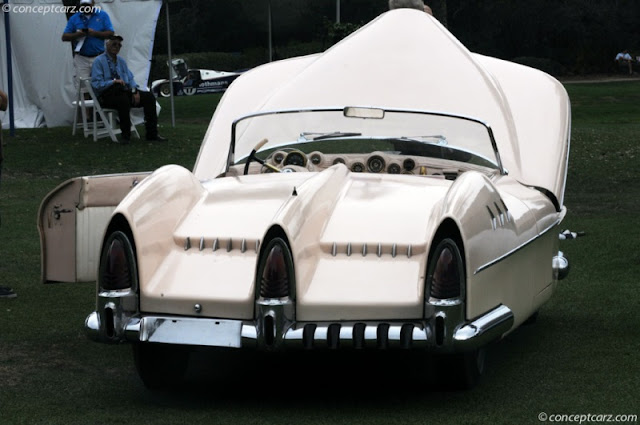 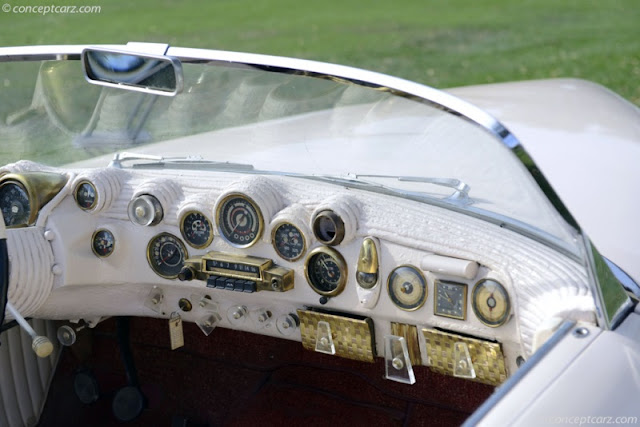 Both men worked in the jet aircraft division of the North American Aviation Company and wanted to incorporate the swift flowing lines of a jet fighter plane into their car's styling, so they started a 1951 Studebaker Commander

The nosecone they scratch-built by first making a wooden pattern and then casting a 1/4-inch shell. The fiberglass body they molded in 14 sections. And the triple taillamps they nabbed from a 1952 Lincoln.

Soon after the debut of their car Bob Yeakel purchased it and began working with Glenn and Vernon to offer the Manta Ray to the public as a limited production car.

It was featured in the February 1954 issue of Rod and Custom by Dean Moon , and also appeared on the cover of Motor Trend in July, 1953 and other magazines such as Motor World, Mechanix Illustrated and Popular Science.

By 1959 it somehow made its way out to a used car dealer in Topeka, Kansas, where collector L.L. “Peanuts” Lacer of Junction City, Kansas, first came across it. “Dad was a rare one,” Lacer’s son, D.E., said. “He was always buying weird old cars that nobody wanted, then never driving them.”

Peanuts traded a Volkswagen and a Crosley for the Manta Ray, then brought it back to Junction City where he stuck it in a warehouse and then never touched it until the day he died in 1990.

In the years between Yeakel’s purchase of the car and its migration to Kansas. First, possibly related to Hire and Antoine’s production plans for the car, the Studebaker V-8 was swapped out for a dual-quad Cadillac

His son then took it on as a project to get it back to running condition, with some help from an automotive restoration student at McPherson College, though he decided to leave it unrestored for the time being.

“The day’s coming to put it back to gold, but that’s not anytime soon,” he said. “As it sits now, it’s just the way my dad got it – it still has the original tires.”

The showing of the Manta Ray at the 2016 Amelia Island Concours d'Elegance marks the first time in over 60 years it has appeared in public.

Because here is the far less cool looking version, you can now compare a good custom to a bad one