Louman’s 1936 Mercedes 500K is one of those fairytale barn-find stories. A Spezial model, one of just 25, it was first purchased in the UK and spent 32 years stored behind a butcher’s shop in Walsall. 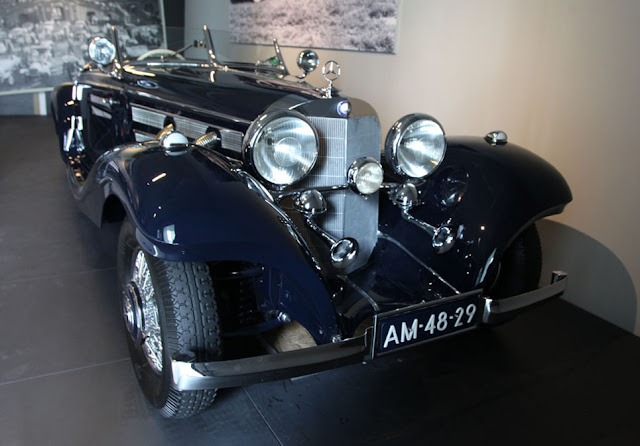 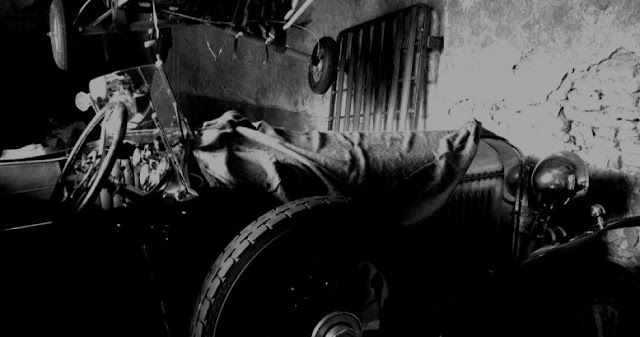 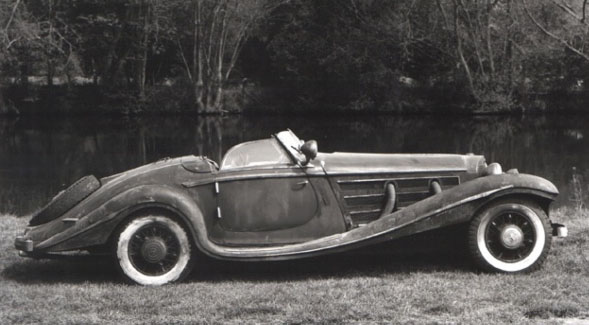 The butcher’s car’ became famous in the 1980s, after it had been found behind a butcher’s shop in Walsall in north-western Birmingham.

Arthur Dawson, the butcher, bought the car from his uncle, drove it for 2 years and then put it in storage for 32 years. He didn’t want to sell his roadster and several friends of his had been trying to buy the car for years without success.

After numerous failed attempts the first flipper called an antiques-dealer for help. The dealer finally convinced Dawson to sell and he made a handsome profit!

It was taken by the first flipper to a Christie’s auction at Beaulieu in 1988 where the unrestored roadster – which was complete and in its original barn find condition – sold for an astonishing record amount of 1,585,000 Pound sterling (3.6 million euros)! At the time it was the most expensive Mercedes–Benz that had ever been auctioned and the second most valuable car in the world.

Friedrich Geiger drew the lines of the Spezial Roadster, and in the fifties Geiger designed the legendary 300SL ‘Gullwing’.

Swedish collector Hans Thulin was the 2nd flipper, and had it restored in Germany, then Thulin sold the roadster to a Japanese flipper who appreciated the value by showing the ‘Spezial Roadster’ at the Pebble Beach Concours d’Elegance in 1994 and winning best in class, 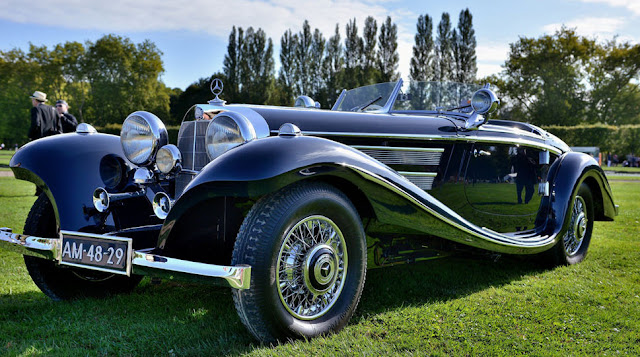