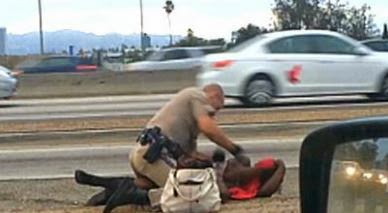 Intending to reduce excessive force and keep police officers accountable, California governor Jerry Brown has signed legislation designed to prevent police officers from tampering with body camera footage. The LA Times reports that the law establishes rules for how the video will be stored and used, supervised by the state attorney general’s office.

The law also requires officers to issue more detailed annual reports on all cases that result in violence, and mandates police report the ethnicity of anyone they pull over. 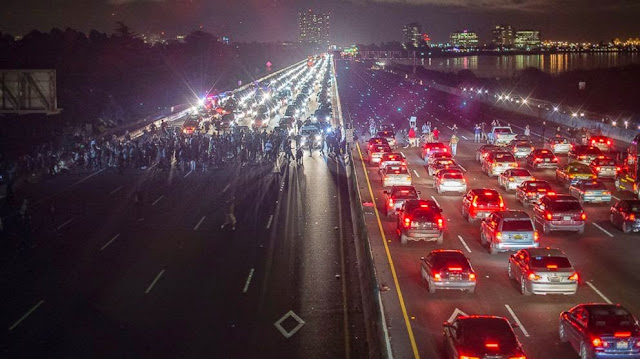 Black Lives Matter with their incredible protest tactic of shutting down the I80, may have had a lot to do with this new law... how many times can they do this, and not have the complete and utter attention of the Gov, and the President, and the world, to the fact that the police are racist, falsify video evidence, and other criminal acts all the while the Gov and the president have to ignore that they are not in control of their own police, sheriffs, and secret service.

Police brutality against minorities — particularly black men — like the NYPD strangling of Eric Garner, were exposed by citizens recording the incident. Police camera footage and evidence, however, has been doctored, tampered with, and faked. The recent dashboard footage of Sandra Bland’s violent arrest was full of odd loops and was missing a timecode.

Unsurprisingly, President of the California Police Chiefs Association, David Bejaroy, condemned the new laws saying “There is no proven information that this reduces or prevents racial profiling.”


the fact that the Gov of California has to pass a law to force his own police to be accountable? Acknowledges that they are out of control, operate independantly, and perform substandardly, often committing crimes they
at Sunday, October 04, 2015