The car Hitler had a personal vendetta against, the French car that beat his pride and joy Silver Arrows: 1937 Delahaye Type 145 V12, one of France’s most significant race cars.

In the 1930s German and Italian companies dominated racing so the Automobile Club of France offered any manufacturer one million Francs if one of them could beat Italian speed record around the Autodrome de Montlhery. The Italian and the German racers were govt funded for national pride by racing enthusiasts Mussolini and Hitler.

The Million Franc Race, or ‘Prix du Million’, was an effort to push French automobile manufacturers to develop race cars capable of competing with the incredibly advanced German Mercedes-Benz and Auto Union racers of the time.

In 1937 French driver Rene Dreyfus drove this Delahaye beat the Italian record at an average speed of 91 mph, winning the million Francs.

René was hired by Delahaye to drive their model 145 where he risked death by setting a literally blistering pace, wearing the special Dunlop tires down to the fabric, but handily overwhelming all competitors except the Bugatti team. The Bugatti broke under the strain.

The next year, the same Delahaye made headlines when it overtook a Mercedes-Benz W154 for a victory at the 1938 Grand Prix de Pau, permanently frustrating Hitler..

After World War II broke out, Hitler ordered his men to find the car that beat him and destroy it. Meanwhile, the French had dismantled the Delahaye, and buried it in a hill side in France. Decades later, Peter Mullin recognized the vehicle and purchased it in 1987 to add to his collection of incredible art deco and French vehicles. With the aid of some automotive historians and restorers, Mullin located the original magnesium engine and restored the complete car to its original condition. 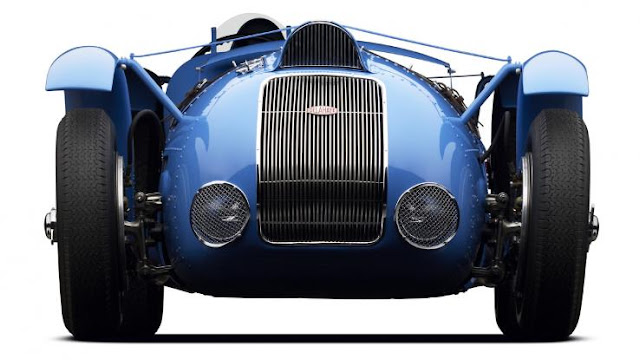 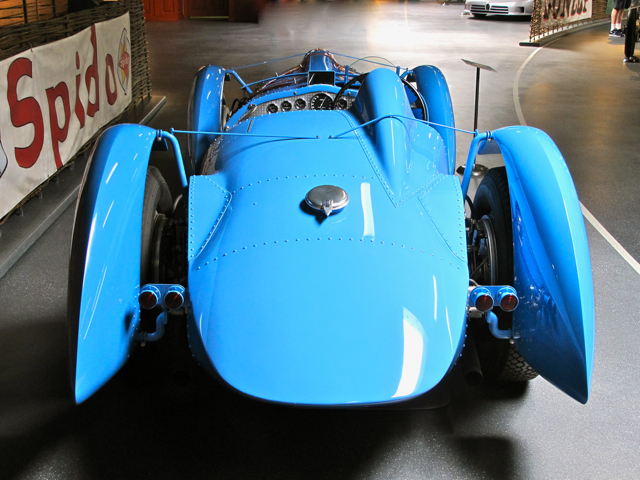