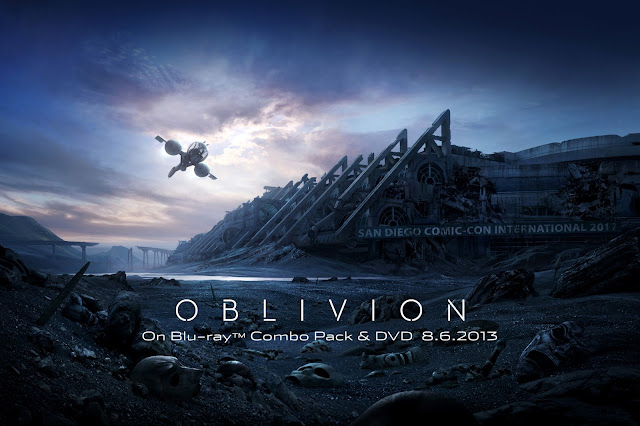 This is THE movie concept artist for Oblivion, Andree Wallin, and is an artistic concept of the San Diego Convention Center, as it would appear in the Tom Cruise movie Oblivion... Holy Crap this is cool!

I'm a San Diegan, and to see an incredible artists work of a local architectural landmark is astounding

This piece is to commemorate Comic Con 2013, and is actually AVAILABLE!

Booth #4014, Geek Magazine has a limited edition tote bag with this piece of art on it, if you go to their Twitter account and get their code word.

Since the above doesn't have a wheeled vehicle, and I try to keep that principle as my focus, here's Tom Cruise in the movie on a "Moto" bike 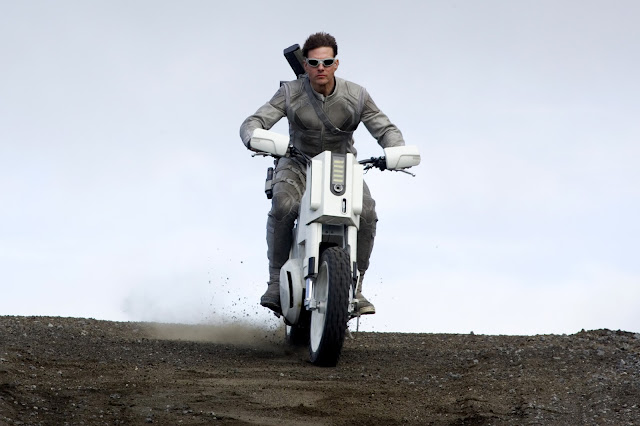 GEEK Magazine is proud to partner with Universal Studios Home Entertainment to bring fans an exclusive one-of-a-kind giveaway at this year’s San Diego Comic-Con. Featuring original artwork by Andree Wallin, the concept illustrator for the film, specially commissioned just for this convention, the bag depicts a post-apocalyptic 2017 San Diego Convention Center in ruins. Everyone who comes to Comic-Con will covet this beautiful, highly collectible tote bag. But few will be able to get this special limited edition collector’s item. The only way to get yours is to watch Geek’s Twitter feed each day to get a special “Oblivion” password or attend one of our GEEK panels where the day’s password will be revealed. Bring that password to the GEEK booth at #4014 and pick-up your own bag, while supplies last each day.
at Monday, July 15, 2013