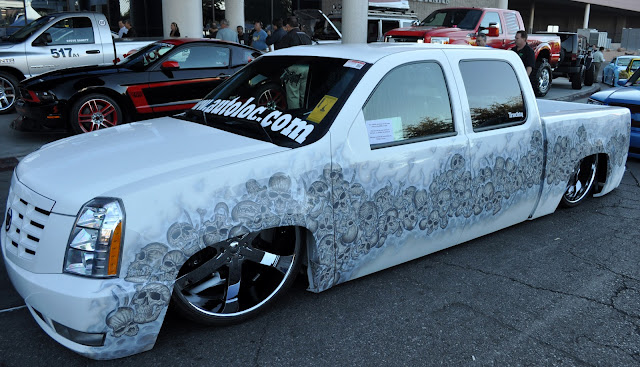 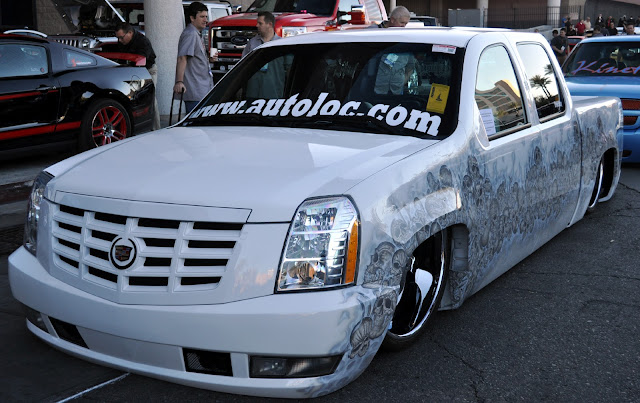 the last time I saw cool airbrushing like this? Was Ed's previous SEMA truck... yeah, he's that good! http://justacarguy.blogspot.com/2010/11/soon-to-be-on-cover-of-truck-magazine.html 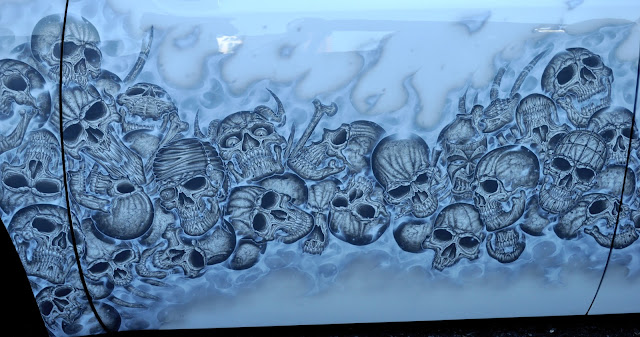 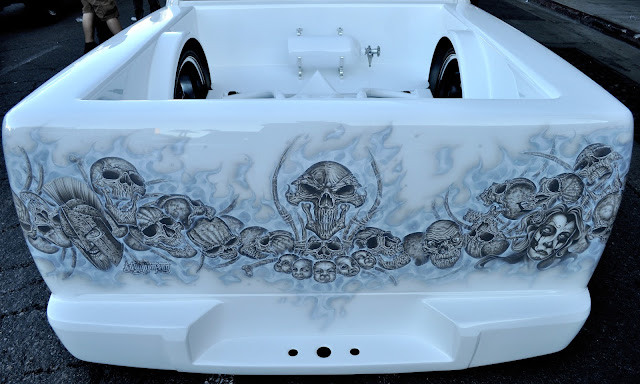 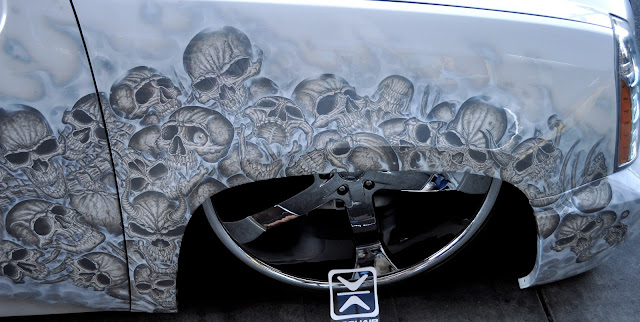 So I walked around it photosgraphing the panels, and marveling at the occasional cool standout skull... and decided to photograph them and point out the interesting ones I noticed (I probably missed some) 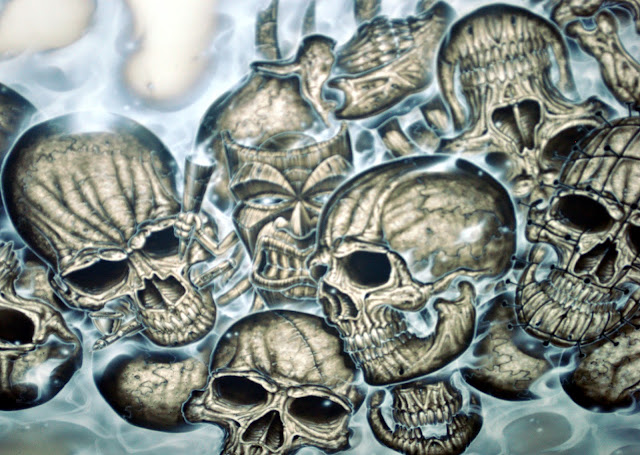 in the center above is a "Mask" like in the Jim Carrey movie, to the far right is "Pinhead" from the horror movie (and I didn't notice it when I took this photo) 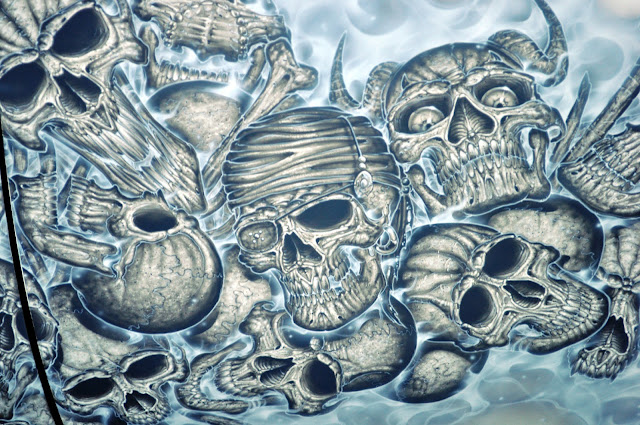 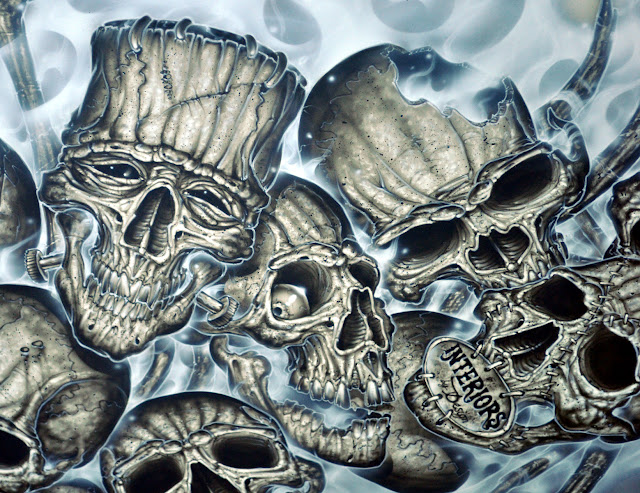 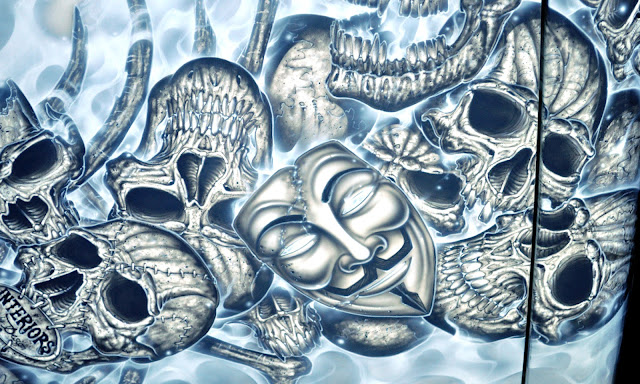 Above, the mask from "V for Vendatta" which is representing Guy Fawkes 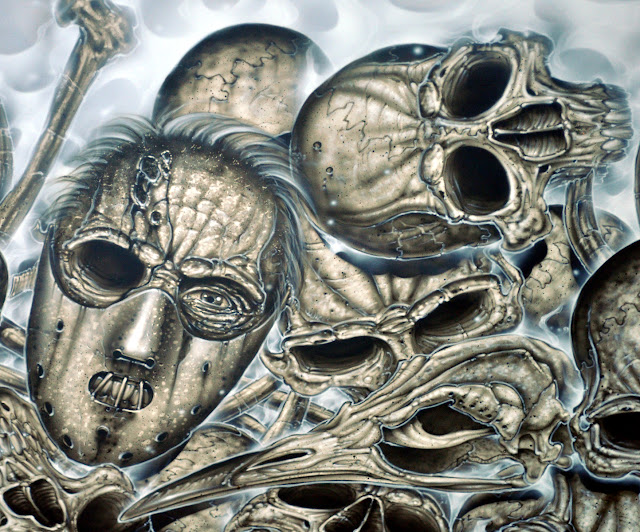 Above, at left, the "Silence of the Lambs" character that Anthony Hopkins played 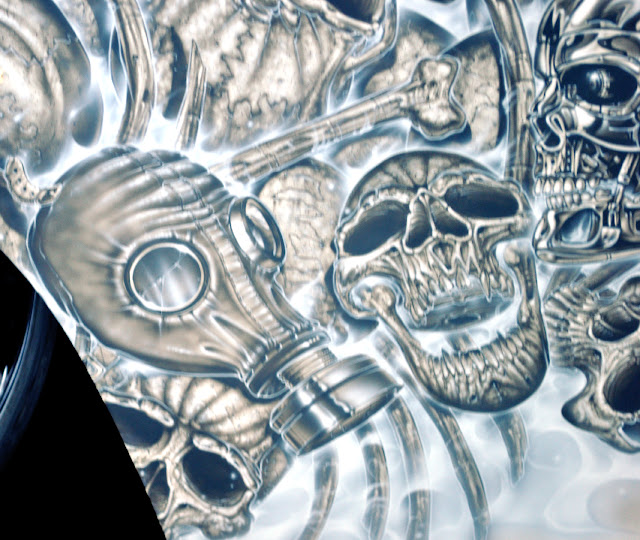 not sure about the gas mask on the left 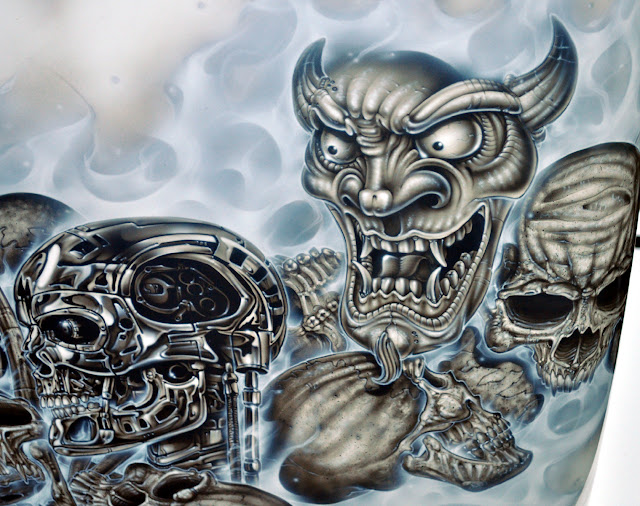 Terminator and a Chinese dragon 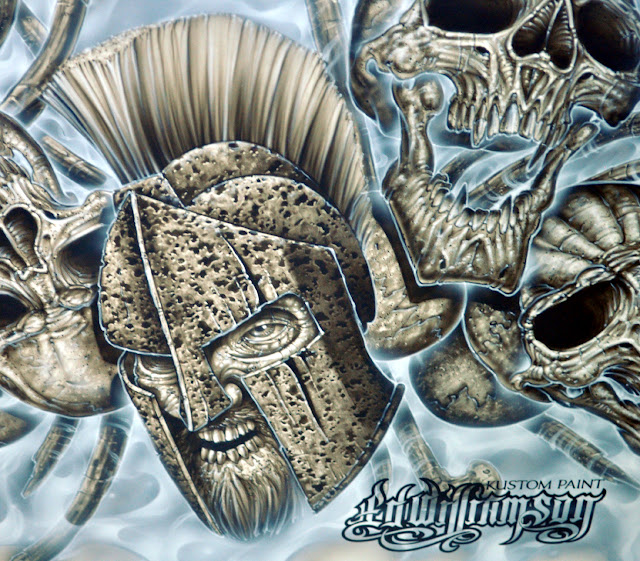 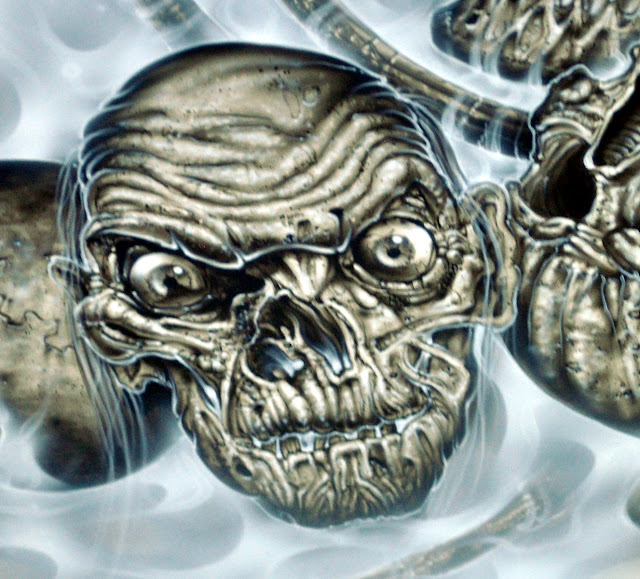 The Crypt keeper "Tales From The Crypt" movies 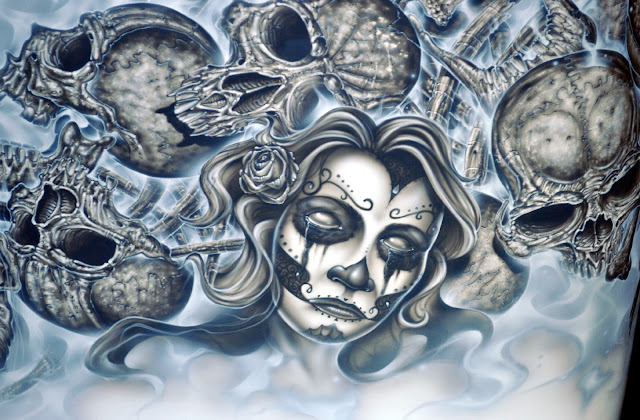 A new art movement of the past couple years that is gaining a lot of attention in the tattoo and rat rod crowd, something akin to the celebration of Mexico for "Day of the Dead" 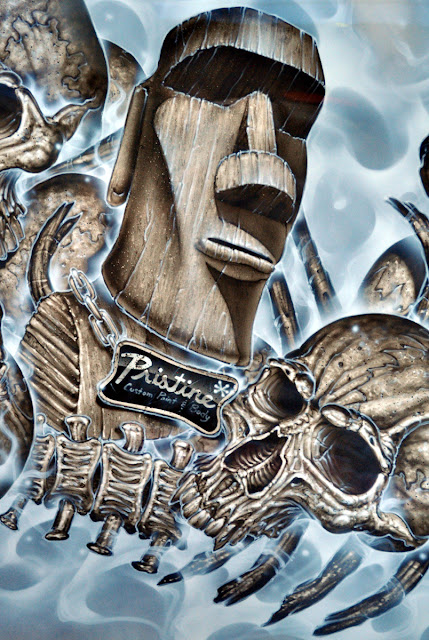 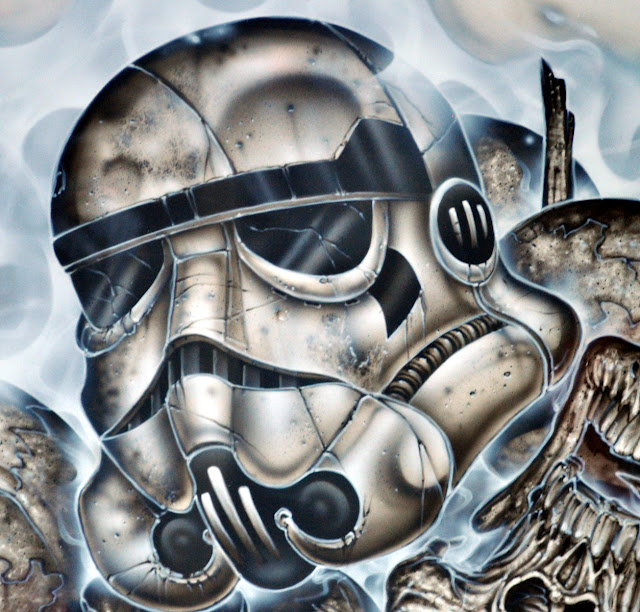 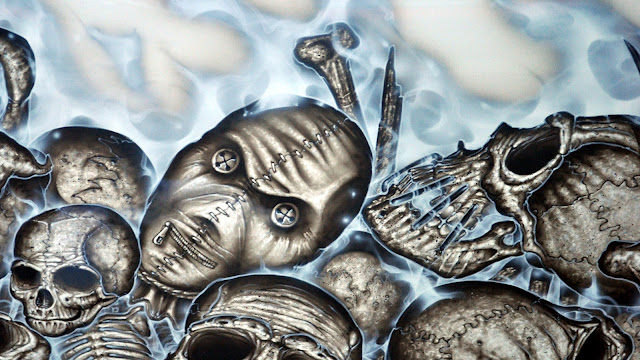 Not sure of the above, neither the far left, or the center, or the right with the wired jaws 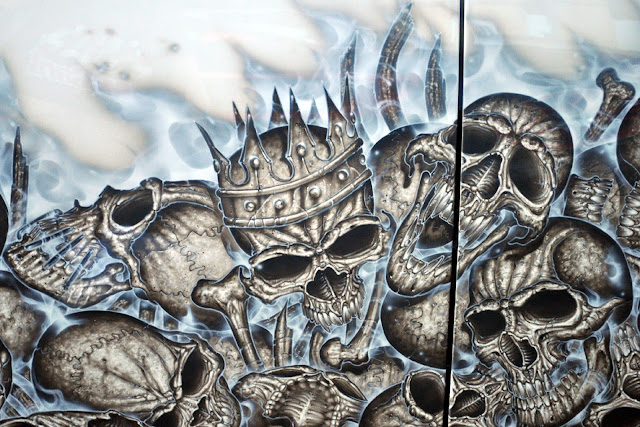 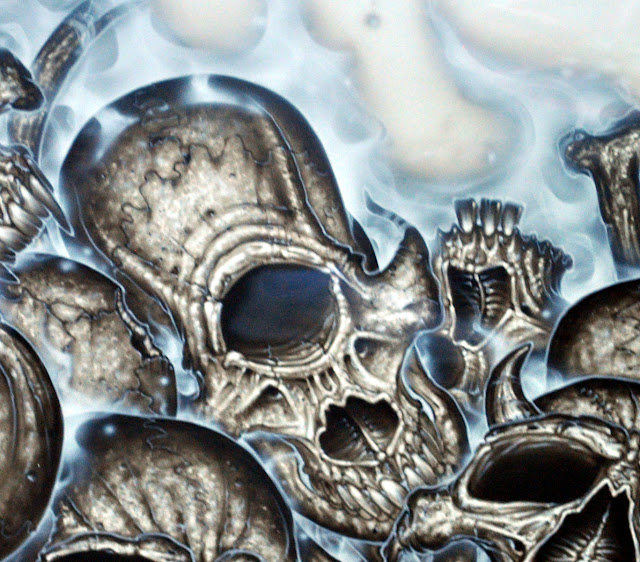 If you want to see more, check out the galleries at http://kustompaintbyed.com/
at Tuesday, November 06, 2012