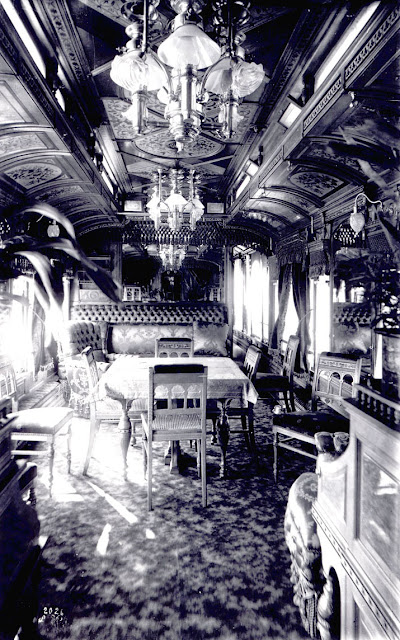 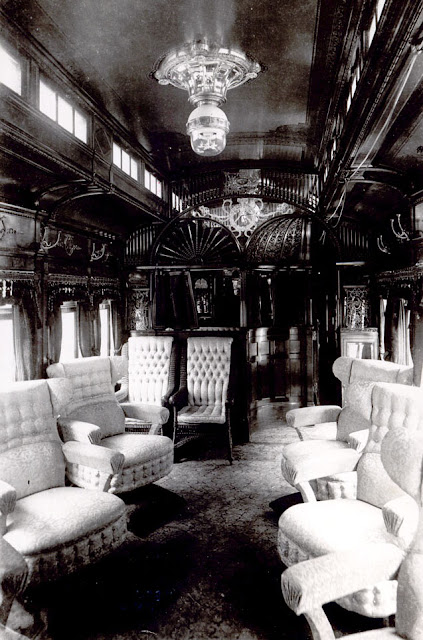 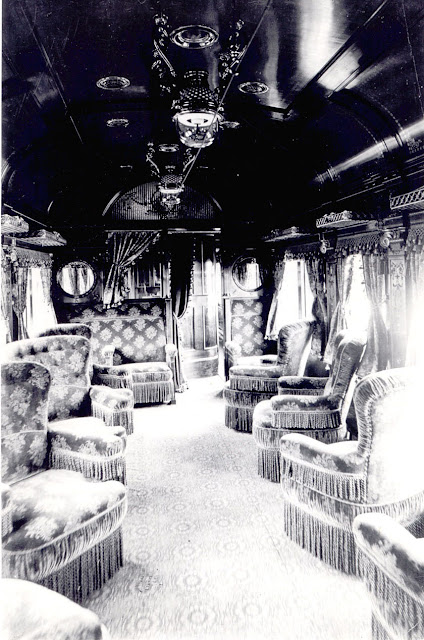 When the legendary director Cecil B. DeMille first saw the baroque interior, he supposedly said, "Tell the madame I'll have a drink, but I'm too old to go upstairs." 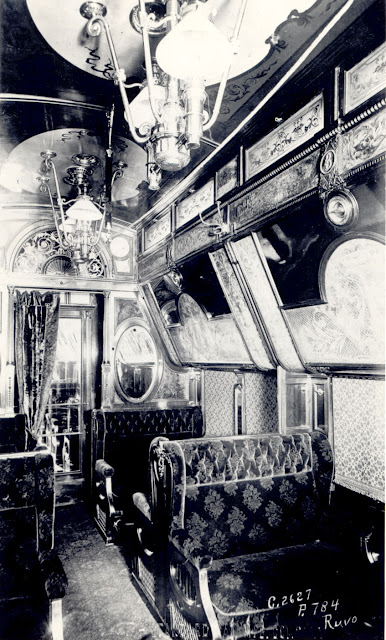 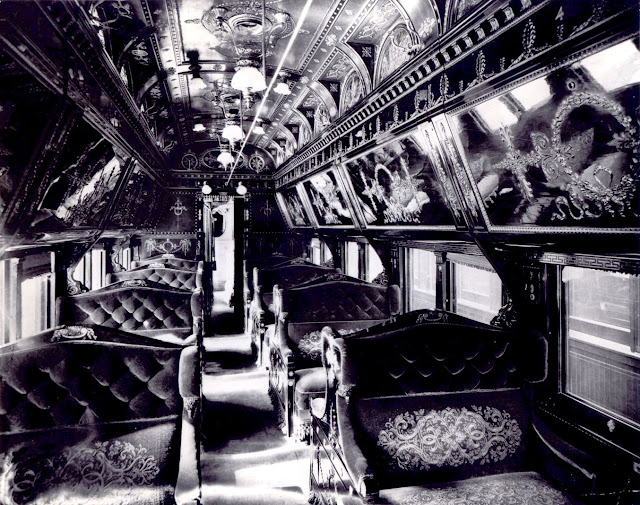 Original owners of Pullman Palacecars were EF Hutton, and the Vanderbilt's had at least 3 of them, Harry, Willie, and Alice had one of their own... cattle barons bought them too. 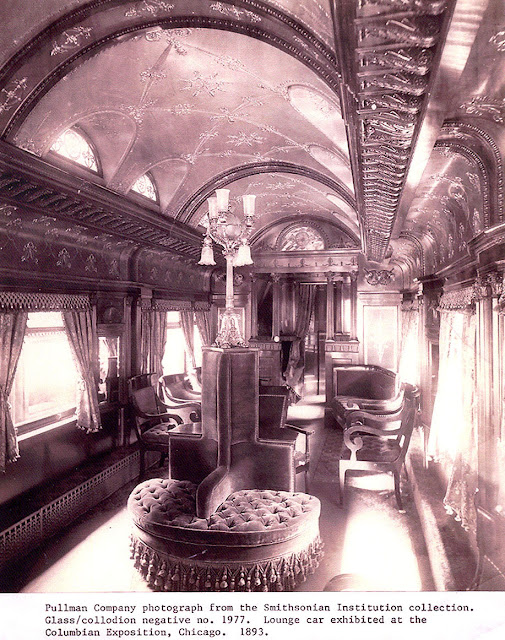 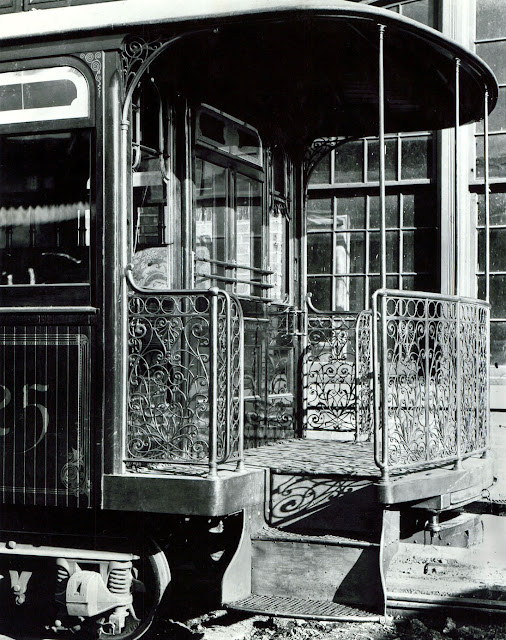 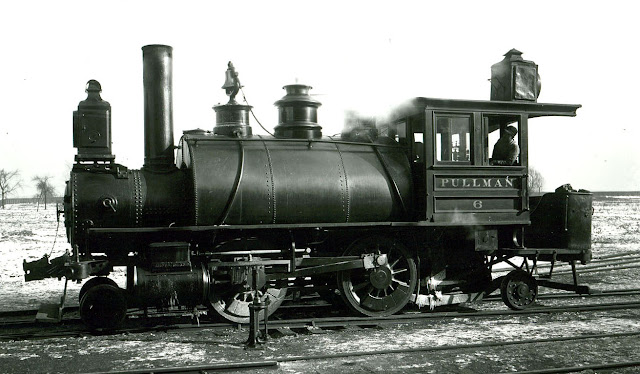 These are steam locomotives at the factory to move the cars around. Not big, because they weren't moving a whole train 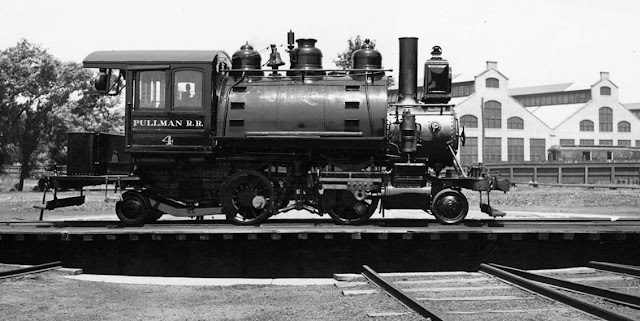 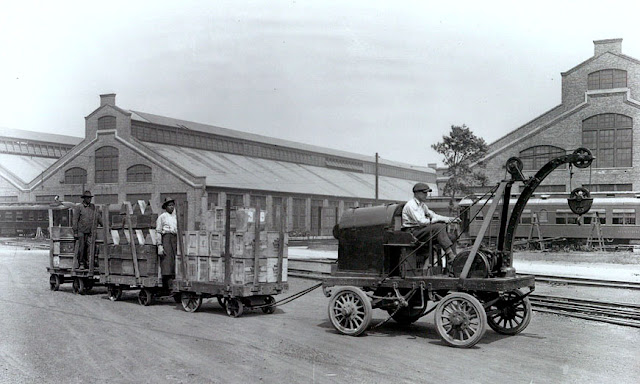 I've posted one photo somewhere in the past of a vehicle like the one above... can't recall where it is. This was just to move things about at the factory 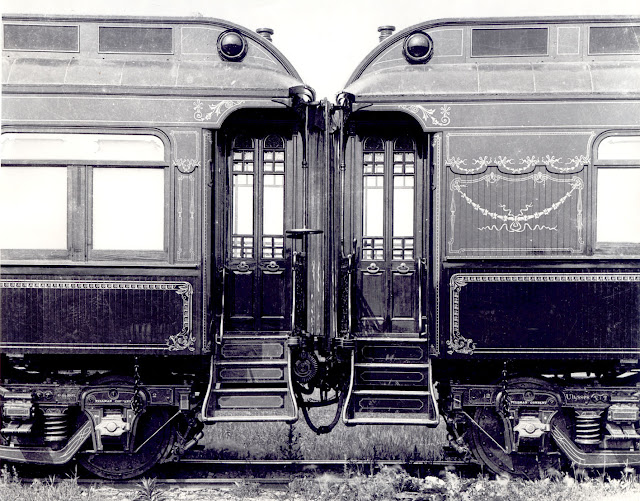 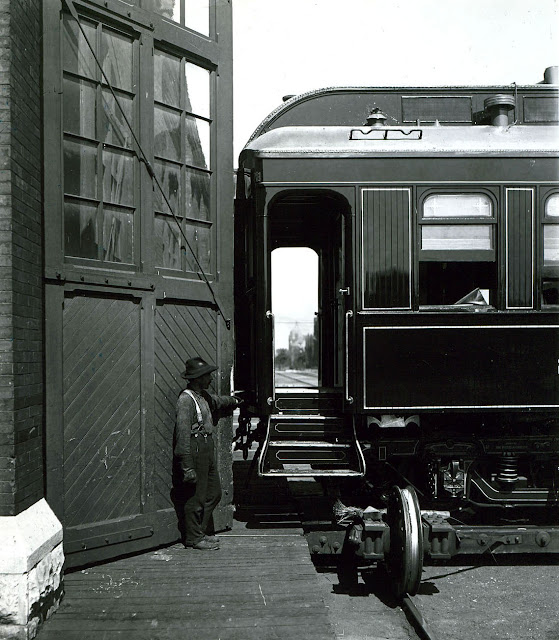 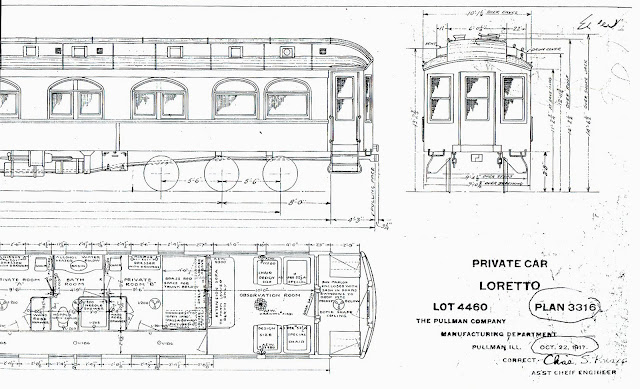 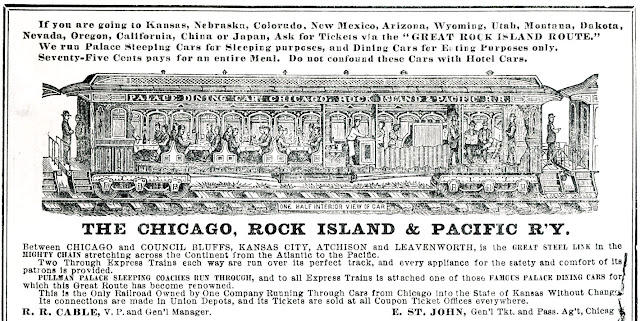 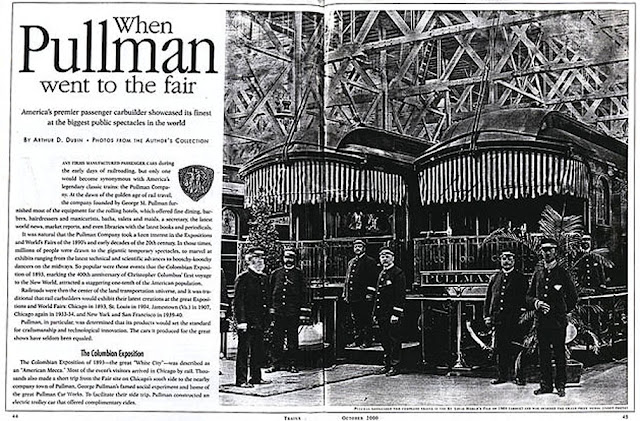 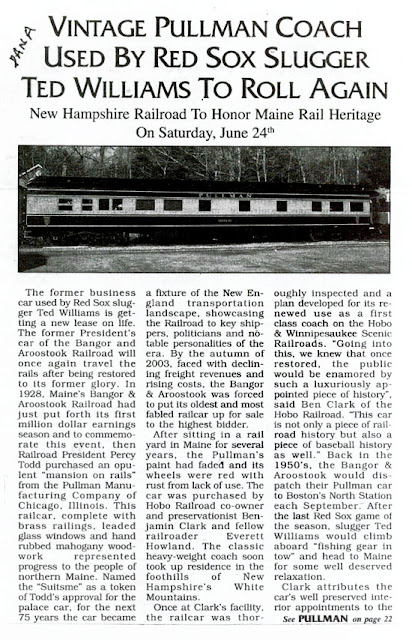 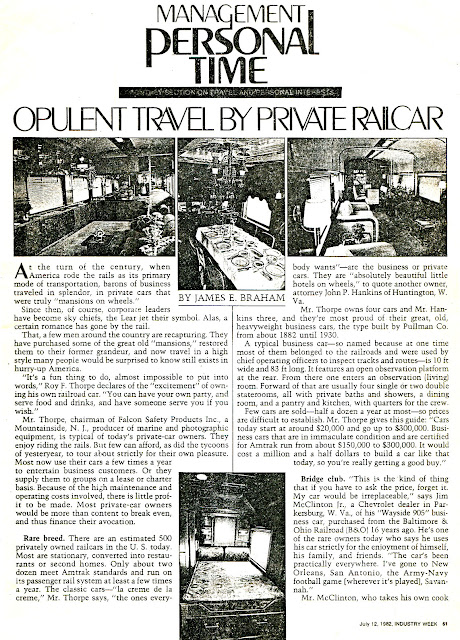 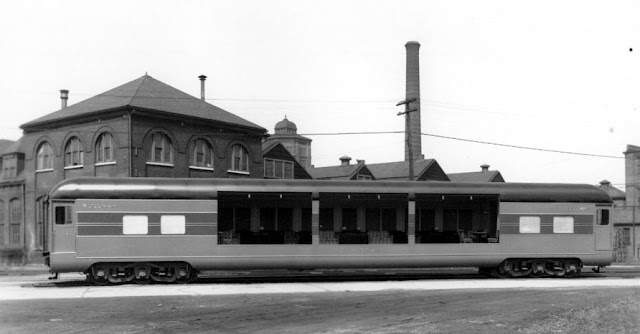 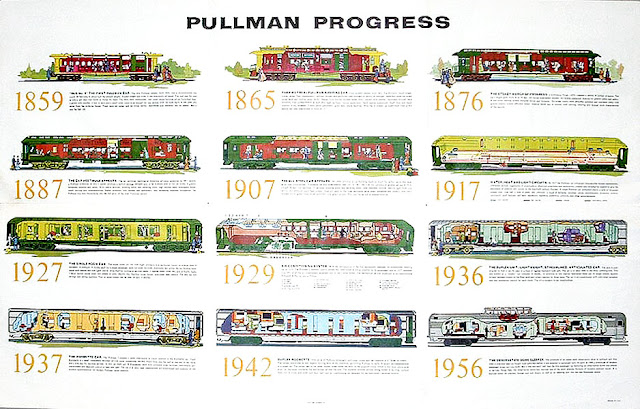 the above poster has been put to use on a website http://thelibrary.org/lochist/frisco/history/pullman.cfm so that you can click on each of the railcars (like you see below) and get a full page, big detailed look at them, and their description. 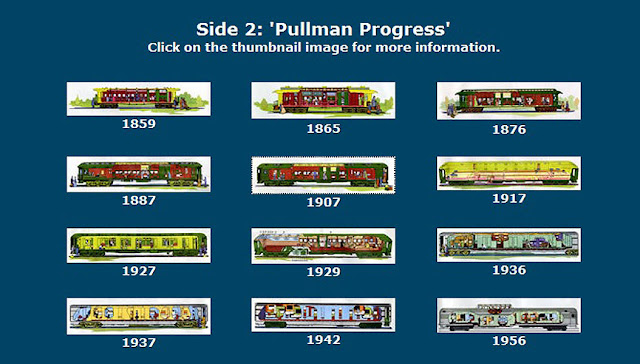 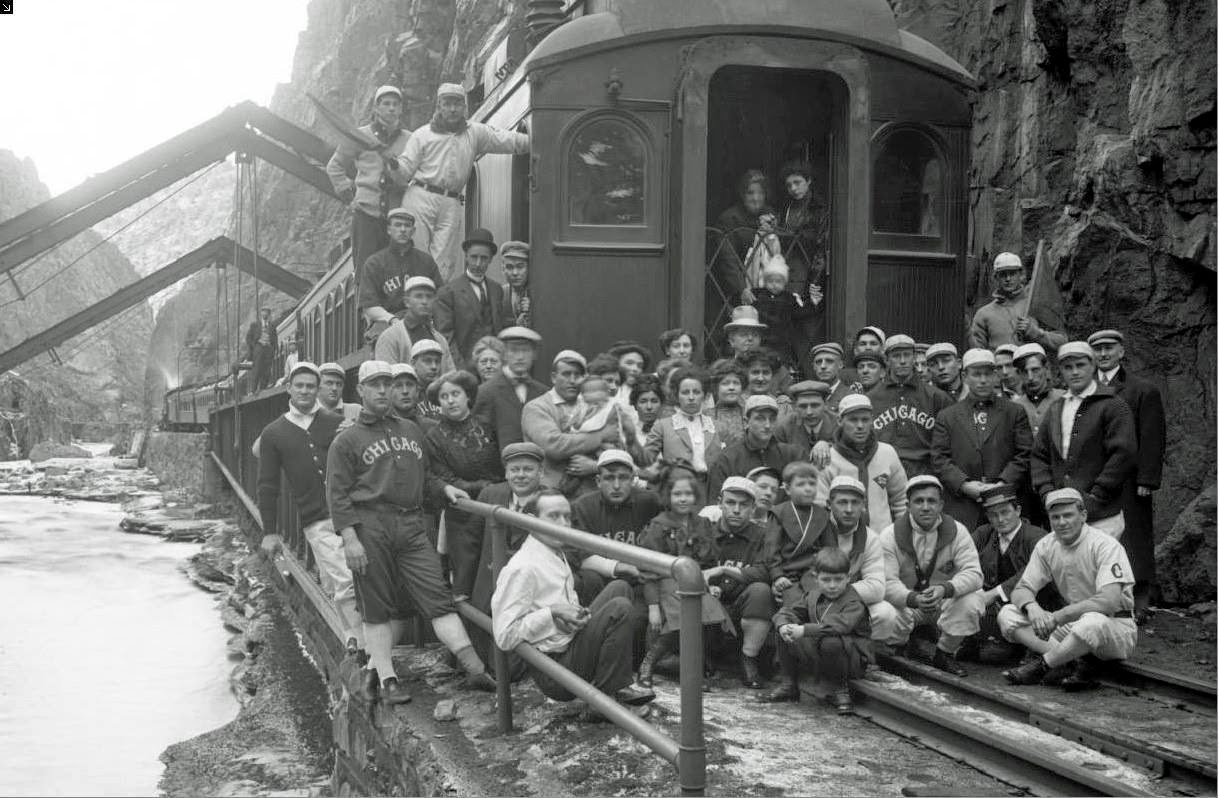 the guys in the above photo are the Chicago White Sox, February 27, 1910 - at the Royal Gorge in Colorado on their way to San Francisco for their spring training. This photo was taken along the Arkansas River.

All of these unless noted otherwise, are from one website http://www.pullman-museum.org/cgi-bin/pvm/newGetSubjects.pl?subject=Pullman%20Train%20Cars which has much much more to see. This is just a quick look at the elegant luxury of the fortunately wealthy from 1860-1940's and the signature way of traveling in style and opulance that very few ever could manage.

For more photos from the Pullman archives: http://csrrm.crewnoble.com/dbtw-wpd/exec/dbtwpub.dll?BU=http%3A%2F%2Fcsrrm.crewnoble.com%2FSearchPullmanAll_Images.htm&QF0=ImageName&QI0=*&MR=30&TN=Pullman&RF=WebDisplay&AC=QBE_QUERY
One of the above articles in 1981 said about 500 Palace cars remained, and only about a handful were upgraded to Amtrak standards of new mechanical and electrical features to get pulled along by the Amtrak trains in America .

I guess very few were ever exported to the wealithiest of other countries, but that those may have greater numbers that are allowed to ride the rails for he right price, condition irrelevant.

The company continued to produce quality train cars. It suffered immensely when automobile ownership began to eschew passenger train travel, but continued working with freight cars and other means. It acquired the competition and enjoyed much success. The History of Pullman Cars eHow.com http://www.ehow.com/about_5142619_history-pullman-cars.html#ixzz1QPNwmuMD

For a big gallery of full size hi-def, hi-res photos of the restored Pullman at the Nethercutt Museum I visited a couple months ago: http://justacarguy.blogspot.com/2011/05/private-pullman-palace-railcar-century.html

This whole post is due to a link from Mary D, she is writing a book that involves the characters using Pullmans, and shared the link with me to share with all of you. Thanks Mary D!
at Saturday, June 25, 2011