Barney Pollard car collection, many were stacked on end.. 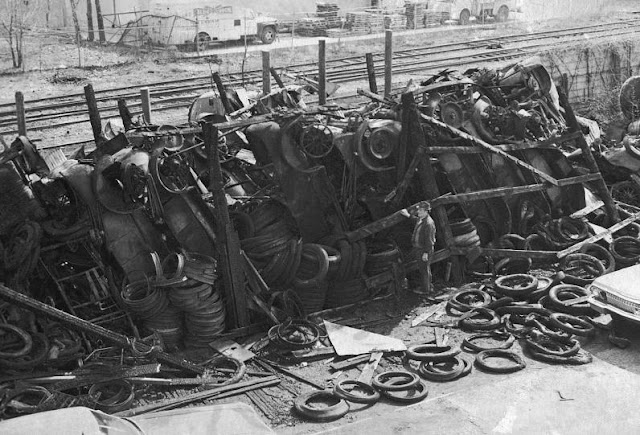 excepted story from this thread http://forums.aaca.org/f169/barney-pollards-collection-271191-2.html about the Pollard collection:
I was going to school at GMI in Flint in 1955 and had met Mr. Pollard on the 1953 Glidden Tour. I called him and made an appointment to see his cars one Saturday, my room mate and I went down, I believe Pontiac, and he showed us through his collection. It was unbelievable. There were several buildings, one had only brass lamps in it. The cars that were stacked on end we couldn't see much, they were so tight you couldn't walk between them, but in a couple of buildings the cars were parked fender to fender and bumper to bumper. I was looking for a Peerless and he told us where it was and we had to slide down fenders and walk running boards to get back to it. He had several hundred cars and he knew where they were. He even showed us a garage that had a stack of brand new high wheel bikes, in the original crates, stacked to the ceiling. While we were walking back to his office I asked what was under the canvas covers, two American Underslunges, sitting out side. And inside his shop area were several Stutz, Mercer, etc.

Barney Pollard was my grandfather and the collection of around 1200 cars was my playground as a kid. Know most of the cars,as I personally titled 700 of them. As to the fire we lost around 110 cars in that fire which was started by a spark from a locomotive which started a grass fire and then the building went. Lost some pretty rare cars in the fire, such as the only two Olivers ever built

The government insisted he give up the cars for the war effort. My grandfather went to Washington in an attempt to make a deal with them. He bought tons of scrap (both steel and aluminum) that they had not discovered and the deal he made was to strip all of the tires and give them all of the scrap he had found and to give up one car a week that he had to deliver to the Ford Rouge plant.

He traded pound-for-pound old construction equipment with a scrap yard and ended up saving hundreds of classic cars!

My grandfather and Henry Ford were not the best of friends (due to a couple of incidents but one story as he related to the Ford writer David Lewis) as my grandfather laid miles of roadbed for the railroad tracks at the rouge and Ford sent his associate Bennett to intimidate my grandfather into taking less.

The problem is that my grandfather was the toughest man I have ever met and in some pretty colorful language I can only assume, he told Bennett to take a hike. Long story short my grandfather had many Fords in his collection and so he took over only Fords, one a week for a few weeks and then he stopped. Ford never turned him in as he figured my grandfather would only continue to bring Fords.

Then my grandfather decided he had better hide the cars from any more prying eyes so he sunk telephone poles into the ground and put 90 lb railroad rail from post to post and hung the cars from the rail with wire rope. Then he built walls around the buildings and so when you went in the buildings there were hundreds of cars hanging from their front bumpers. Crude but it saved a bunch of cars. 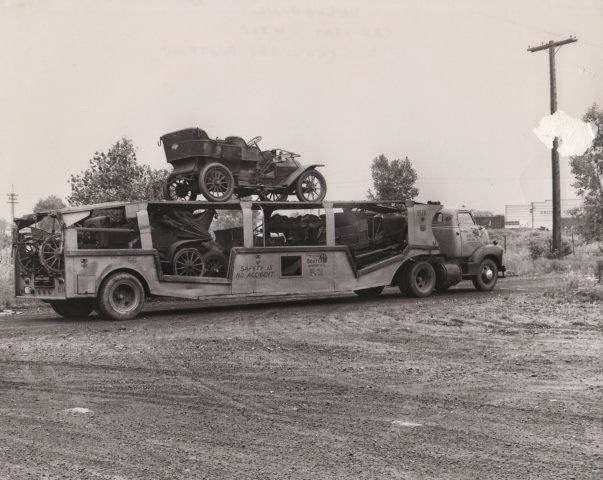 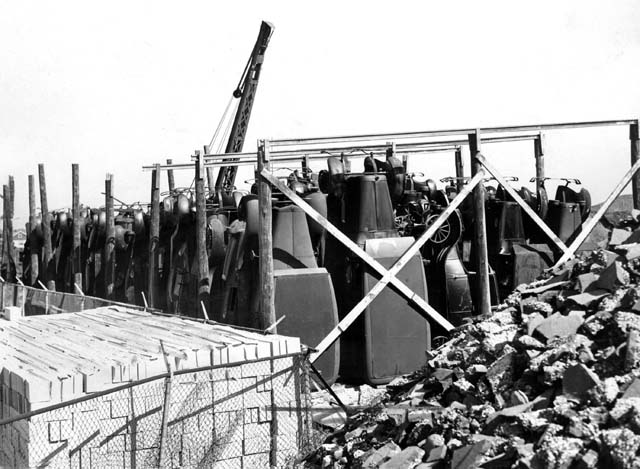 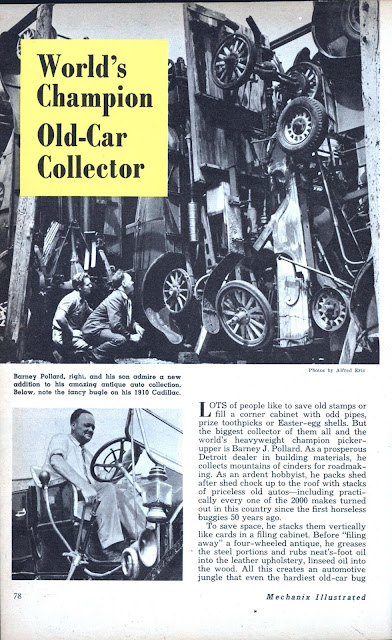 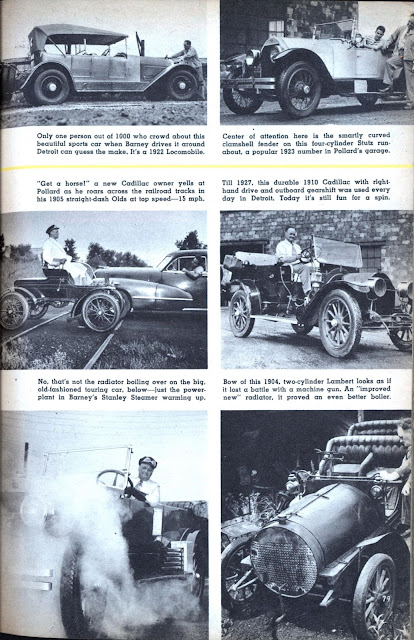 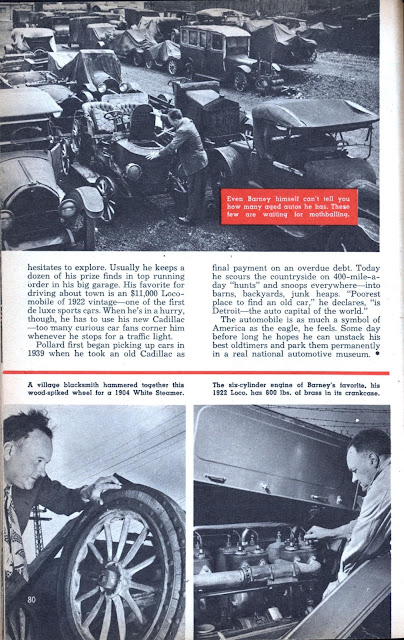