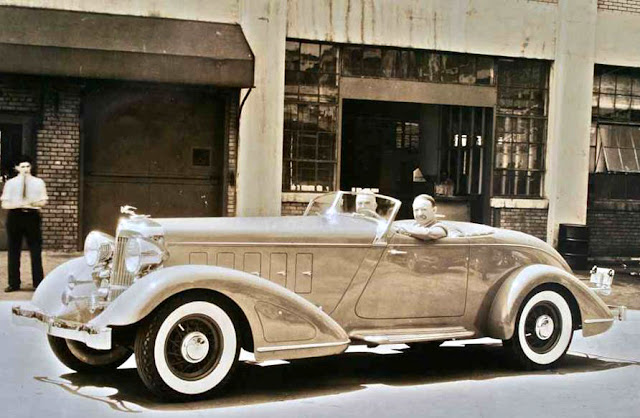 the above is a 33 Chrysler with a custom body 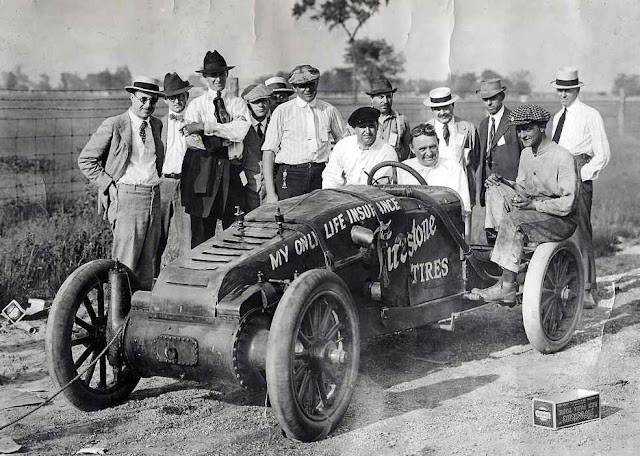 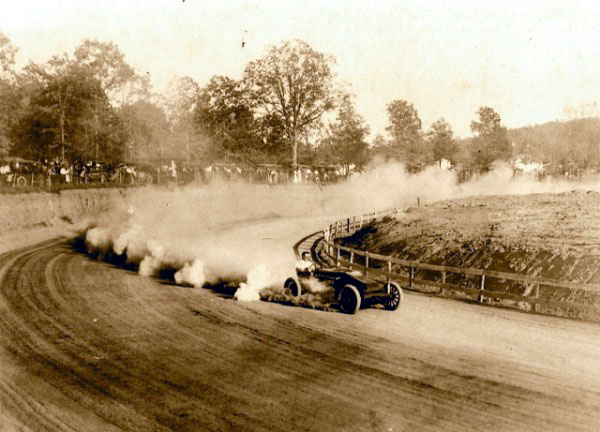 the above is a Christie front wheel drive 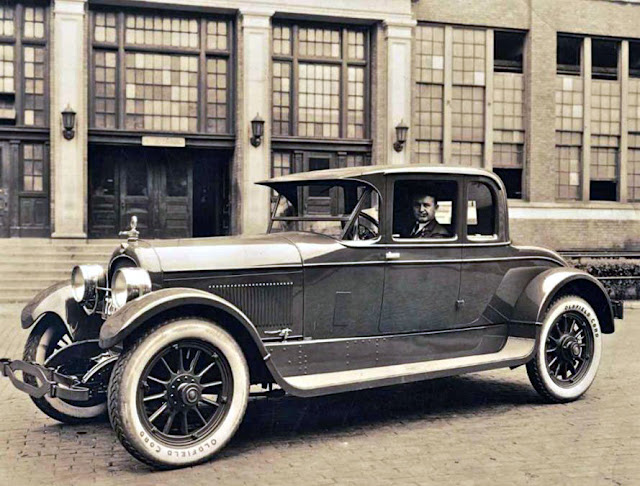 the above is a Marmon... with Barney's name brand tires 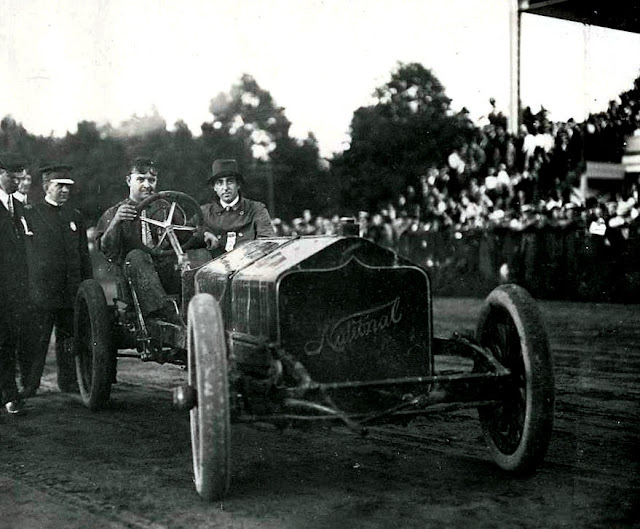 each of the above photos were found on http://theoldmotor.com/?s=Barney+oldfield a really good website for brass era race cars
Barney Oldfield was the first man to drive a car at 60miles per hour (100 kmh).
On Memorial Day in 1903 in New York, Oldfield drove a mile in a minute flat in another match-race victory. Two months later, he powered the car to a mile run in 0:55.8 and that was enough for Winton to hire Oldfield, complete with salary, expenses and free cars.

His accomplishments led to the expression "Who do you think you are? Barney Oldfield?"

In 1910, Oldfield bought a Benz, in which he broke all existing speed records for the mile, two miles, and the kilometer in special runs at Ormond Beach, Fla. After that, he was able to charge a whopping $4,000 for personal appearances, something he didn't mind at all.

Once suspended by the American Automobile Association, the sanctioning body of the day, because of his "outlaw" racing activities, much of Oldfield's legitimate racing career was lost during his prime.

One of those was testing new race tracks, like Iowa's Valley Junction Board Speedway, One Mile Race Track. Barney Oldfield was one of the first drivers to test out the new track. On July 25, 1915, Oldfield averaged 103 mph at Valley Junction Board Speedway, so remarkable was this speed due to the fact that the famed Indianapolis Motor Speedway didn’t show those speeds until four years later in 1919.


However, he competed at Indianapolis after being reinstated and his best finishes were fifth in 1914 and 1916. Additionally, he ran the first 100 miles per hour lap in Indianapolis history.

He helped found the Fisher Automobile Company, was a developer for Firestone tires, beat Winton (the founder of the Winton Car Company) in a Ford (by Fords requesting him as the driver), and had been inducted into the National Sprint Car Hall of Fame, the International Motor Sports Hall of Fame, and the Motorsports hall of fame of America.