Arnold Odermatt was a police photographer for 40 years, and took two sets of photographs at the scenes of car accidents: one standard shot for the police, and when the injured or killed were cleared from the scene, he would shoot another more artful photograph, for his own collection. 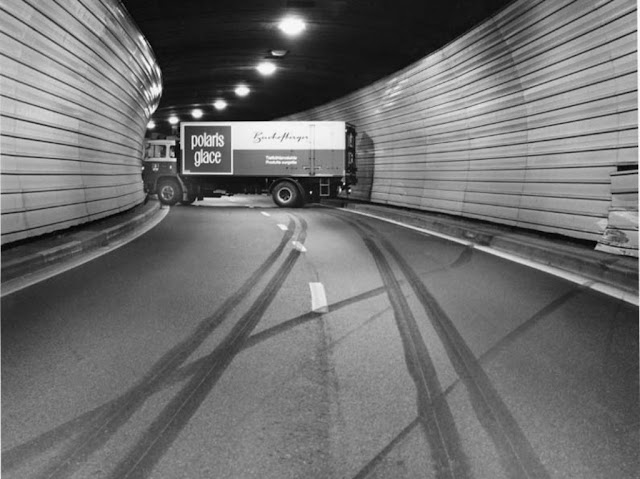 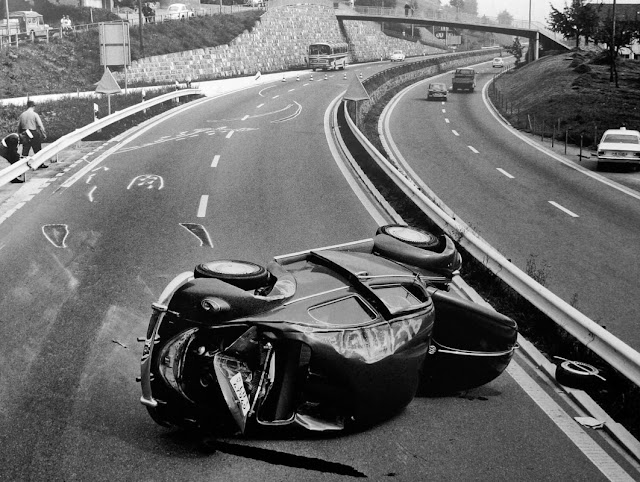 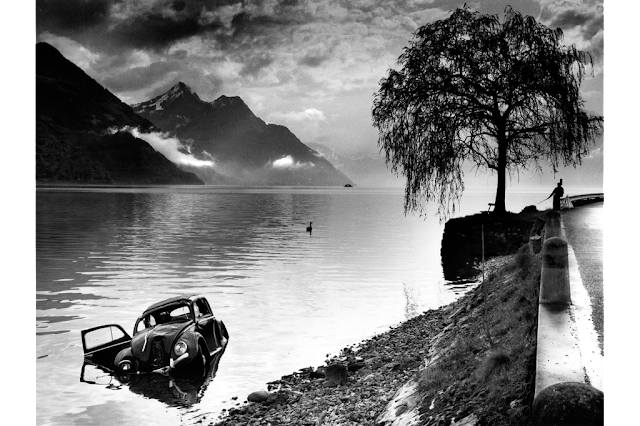 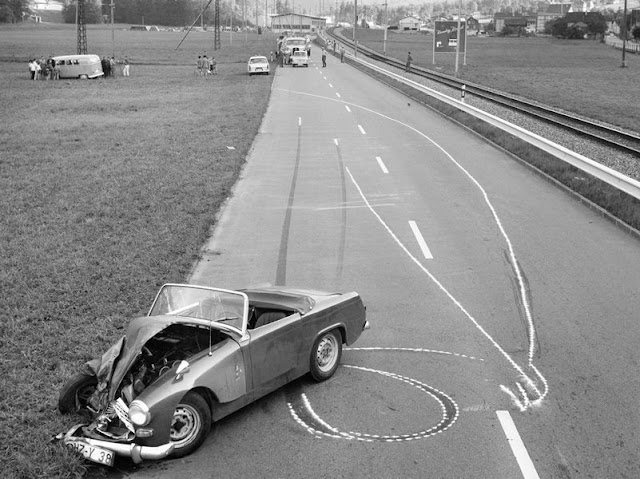 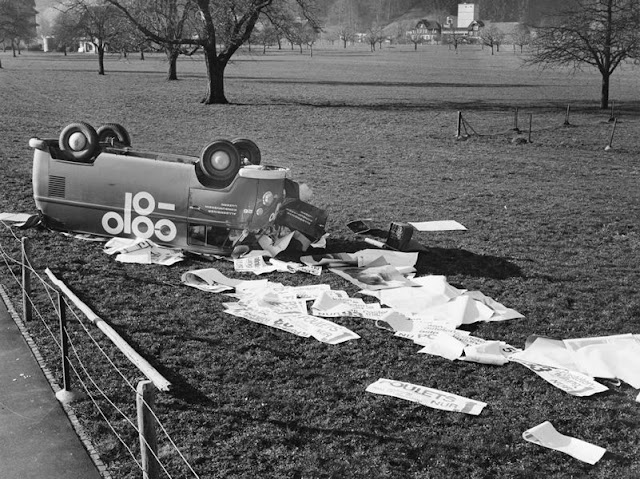 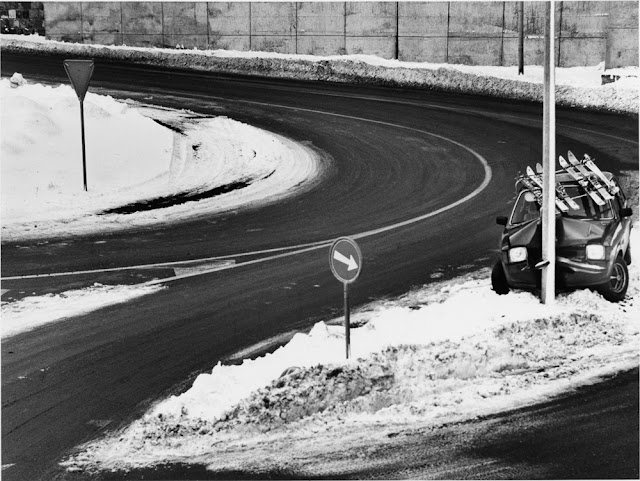 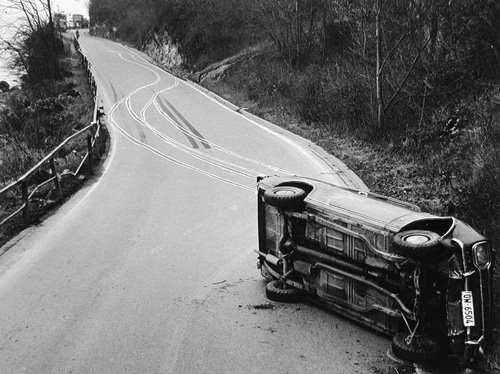 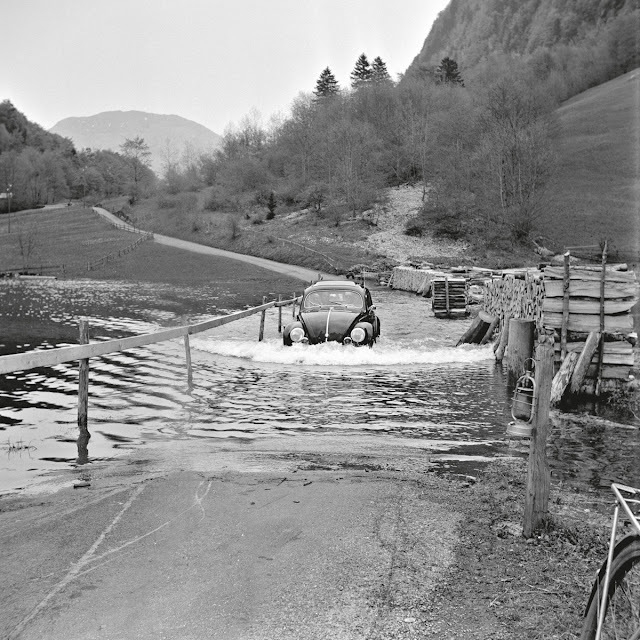 He considered skilled precision as the absolute basis of his profession: “A good photo is in focus, you have to be able to see everything that you want,” was Odermatt’s creed. His technical equipment consisted of a Rolleiflex camera, a tripod and a magnesium cartridge to illuminate scenes of accidents at night as brightly as if it were day, for a full 13 seconds.

At the age of ten, Arnold Odermatt won a camera in a competition and taught himself how to use it, which grew into what can only be called a passion for photography. He took his twin-lens Rolleiflex with him wherever he went, photographing the people and landscapes of the region and later his wife and children. He also incorporated photography into his day-to-day work, using it to document traffic accidents, which were quite common at the time.

‘However, Odermatt’s hobby was met with indifference by those around him, and for fifty years he captured tens of thousands of images which, carefully stored and organized, languished in his attic, until one day at the start of the 1990s when his son stumbled across 60 thousand of his father's photographs in the attic, and recognizing their artistic merit, organised a first exhibition that gained public and artistic acclaim.

Unlike the photographs of, say, Weegee or Mell Kilpatrick, in which stoic cops and horrified bystanders are pictured dealing in different ways with the reality of sudden injury or death, Odermatt empties the image of everything but the forlorn wreck and the landscape in which it came to rest: a crumpled car floats in a glassy lake beneath the Alps; a couple of abandoned shells tenderly touch bumpers on a charming wintry lane; an upturned VW Beetle reclines on the edges of a still river.

Despite the often disturbing evidence of injury, there is something oddly calming, even restorative, about these modest images, most of which are black and white. Odermatt scrutinizes surfaces like a sculptor on a budget; he has a canny eye for maximum visual impact with the most economical means. Denied movement and passengers, cars are reduced to the sum of their material parts; as devoid of horror as a log. Yet despite the crisp elegance of their composition, the pictures make apparent, in the most straightforward way, how life can be at once very strange and very ordinary – and how, by association, death is no different.

A selection of these photos is in a book, https://www.amazon.com/Arnold-Odermatt-Karambolage-Urs/dp/3882438665