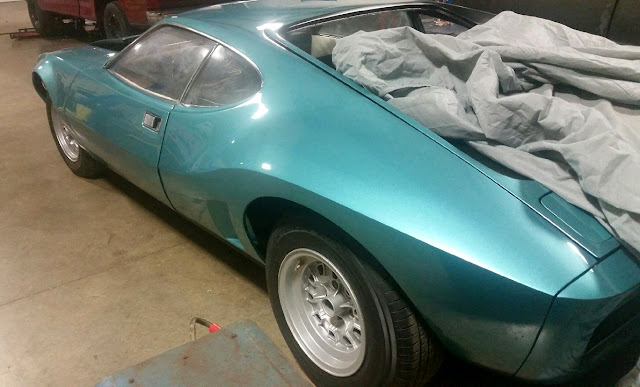 I've posted every AMX 3 photo and article I've come across, as I think it's one of the coolest car designs, but I've never seen any color but red and yellow 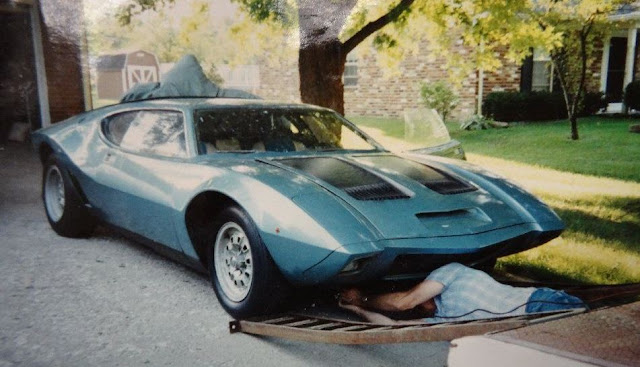 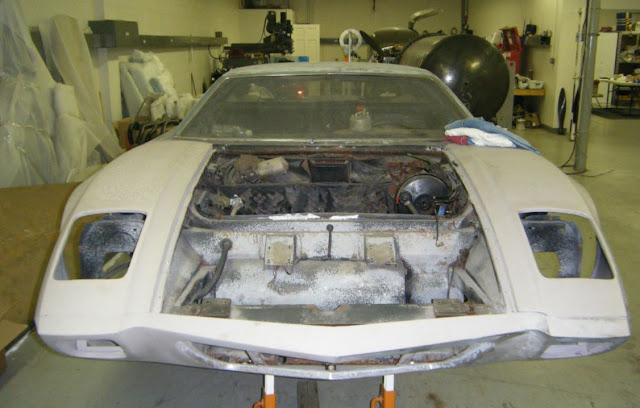 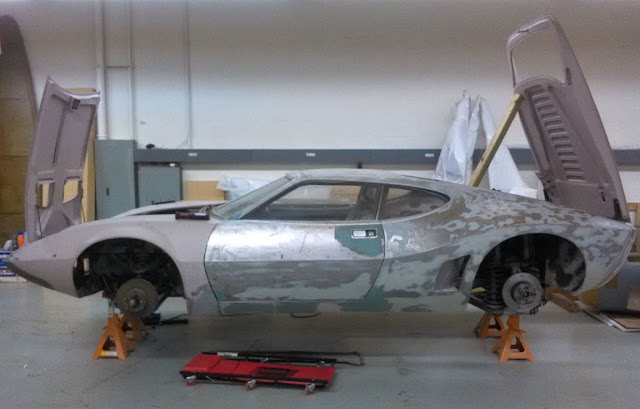 This car was shipped to Indianapolis and driven 1000 miles before being put into storage. It was recently pulled out of storage and a full rebuild was started, including stripping all of the paint back to bare metal.

(You know what happened then - lack of resolve, funds, or commitment)

The owner has now had a change of heart and has decided to sell this car in the condition it is in presently. It is complete, ALL parts are with the car. The pic of the car on stands in bare metal is a current pic.

Reserve was higher than the 236k that was bid. No doubt, the reserve was ridiculous and around 600k.
at Saturday, October 21, 2017