one of the things that made the USA a cool place to be, was the firefighter team competitions... on Long Island they used to race cars as part of the championship... some far out hemi cars too, backwards Corvettes, etc. Crazy shit, I LOVE it! 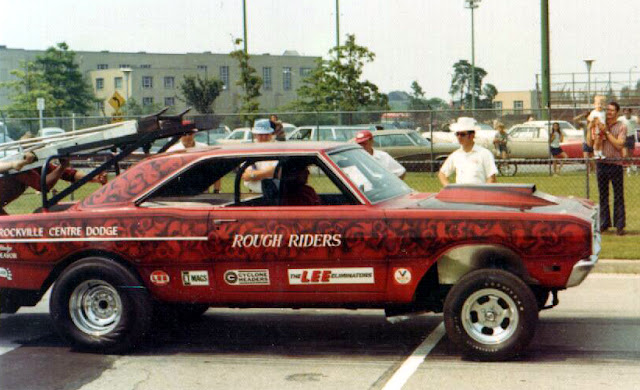 Back in 1965, ABC ran a television show called Wide World of Sports. On one of their shows they had a fireman's competition between different fire departments in the country. The competition involved putting five fireman on the back of a homemade firetruck and taking off from a dead stop and hooking hoses to fire hydrants, unloading ladders, etc. It was like a quarter mile of competition to see who could do it the fastest time.

the above Dart is an altrered wheel base wrinkle wall monster, a Super Stock Hurst special?

One of the fire departments on Long Island, the Central Islip Fire Department drill team used a 1965 hemi Coronet with a truck back end welded in place where the trunk would have been. 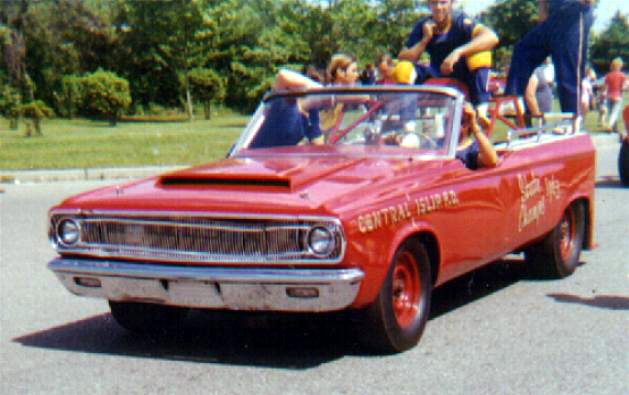 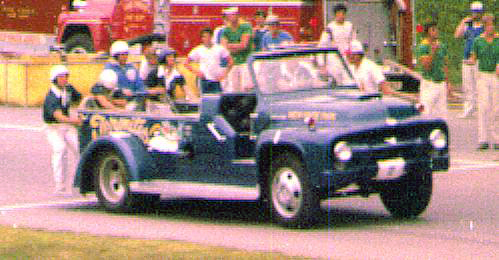 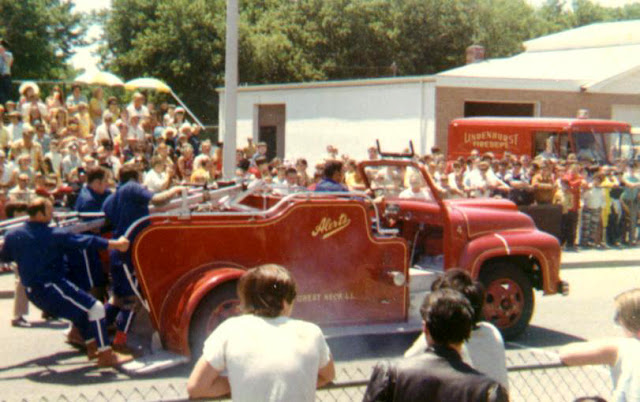 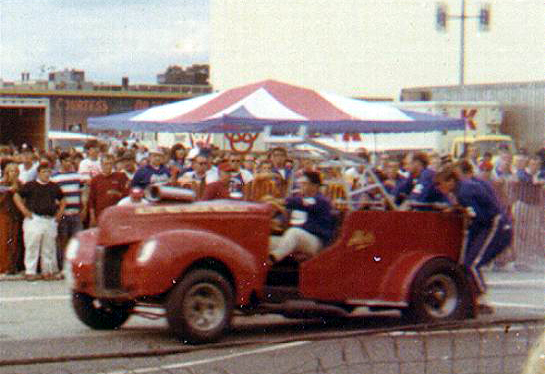 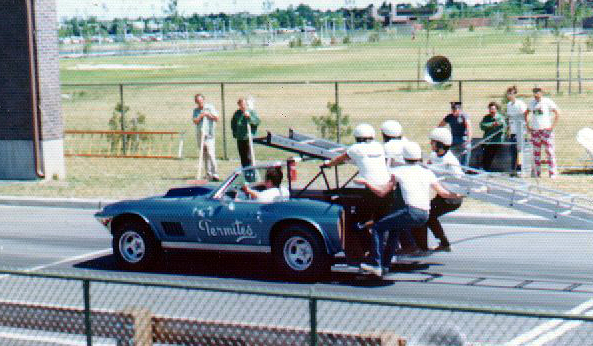 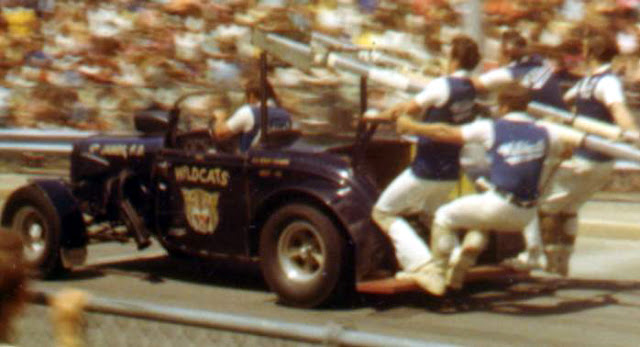 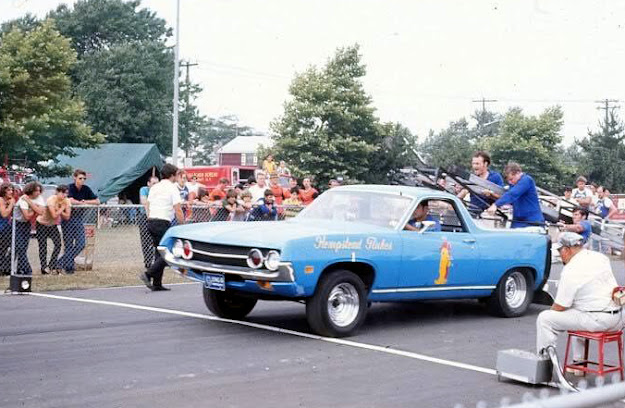 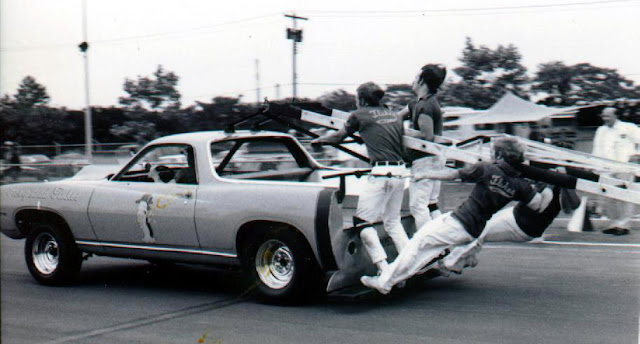 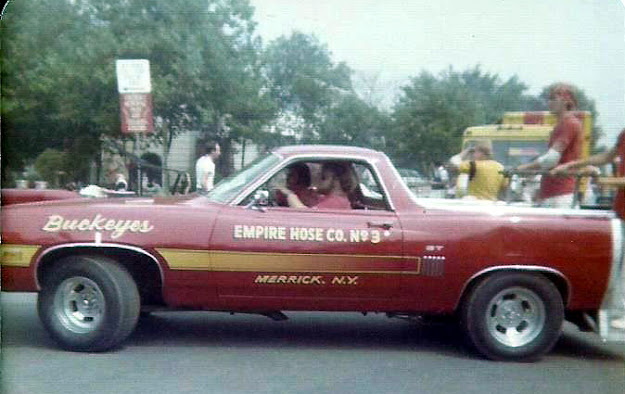 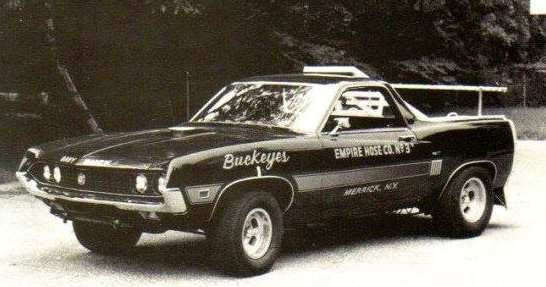 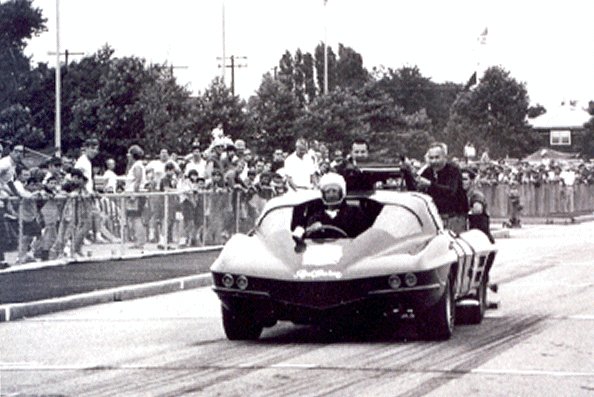 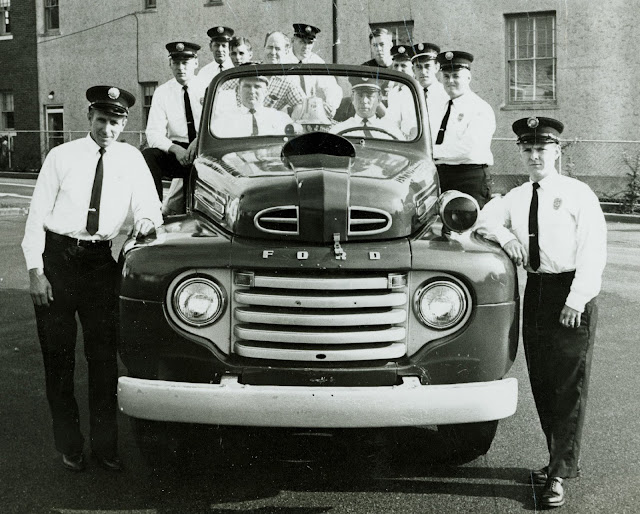 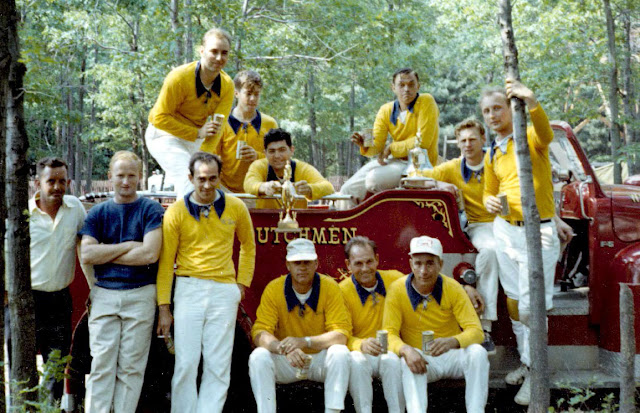 And this competition still happens! 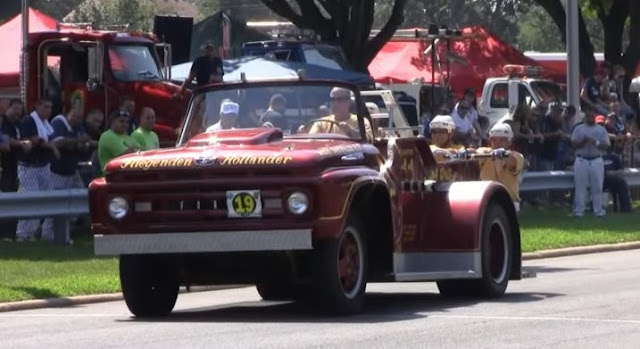 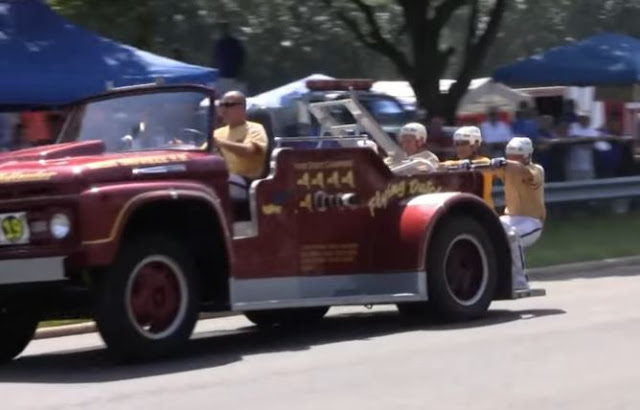 but to really spin your brain, they have a full photo gallery of all the cool old race cars on a Facebook page  https://www.facebook.com/pg/NYSDrillTeamMemories/photos/?tab=album&album_id=310852747035 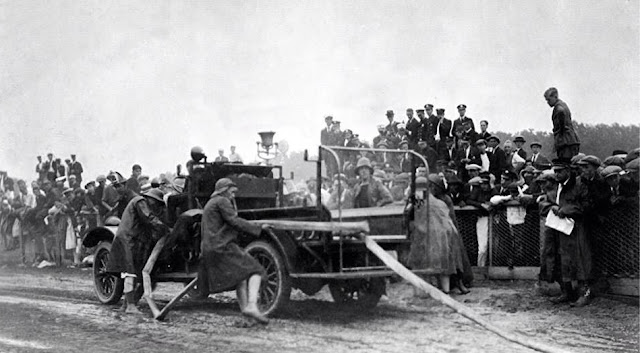 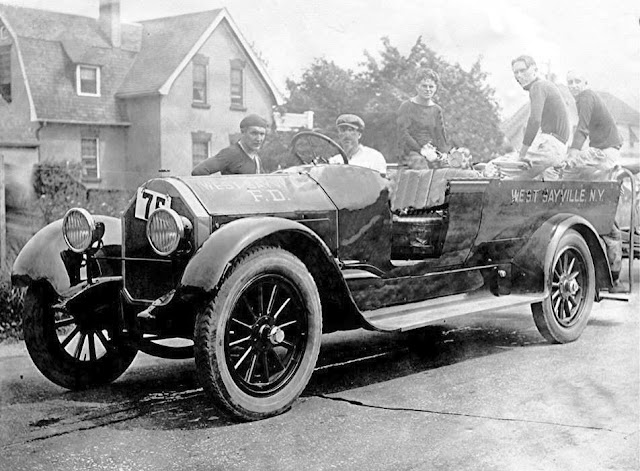 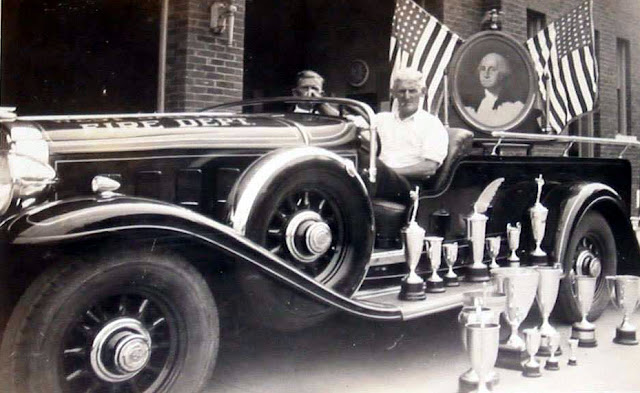 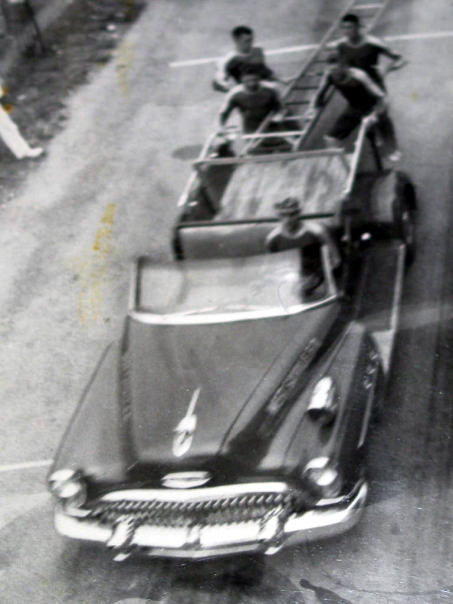 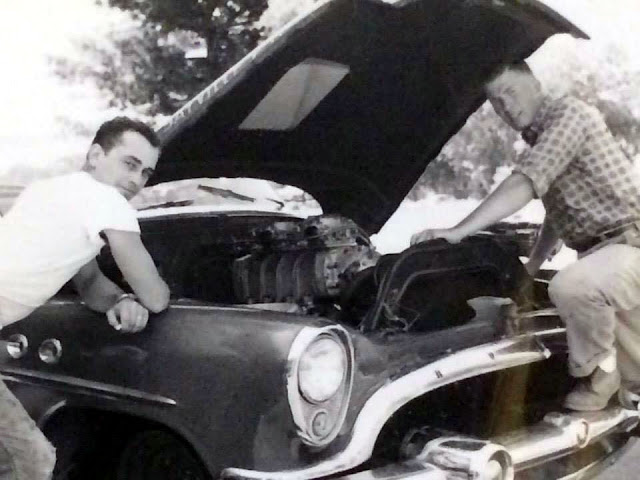 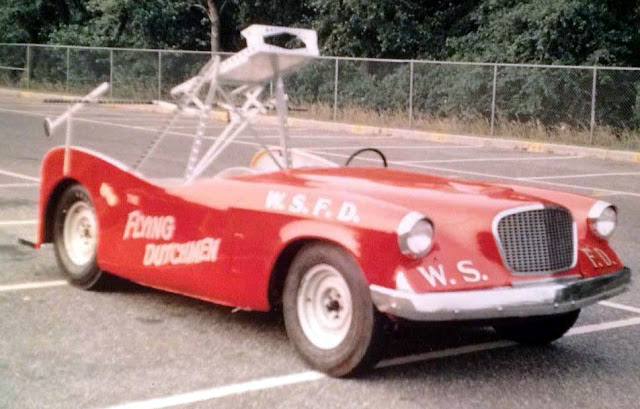 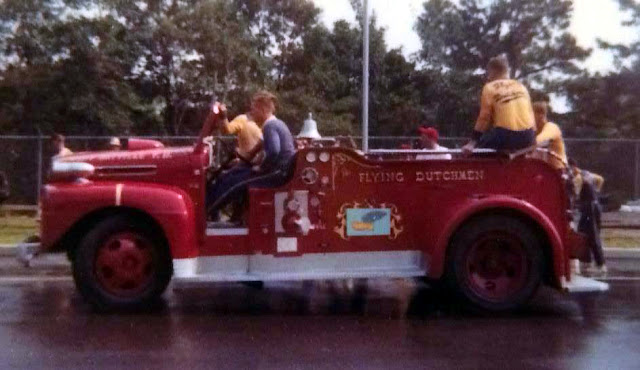 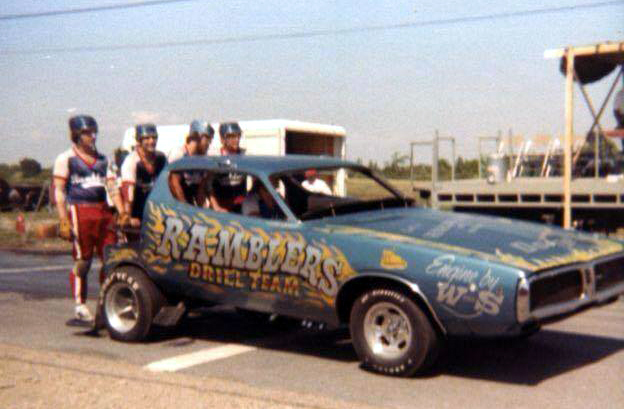 and one Facebook page is looking to connect us to all of them, there seem to be about 70 teams  https://www.facebook.com/NYSFireDeptDrillTeams/ 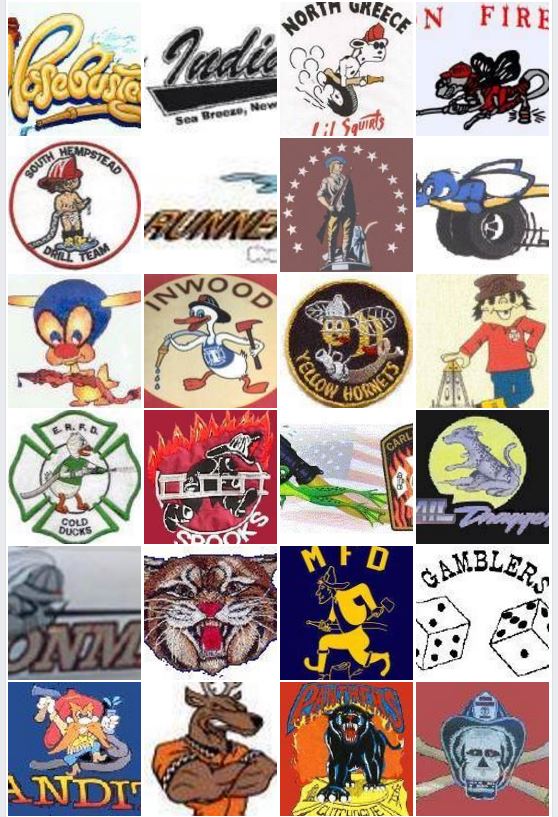 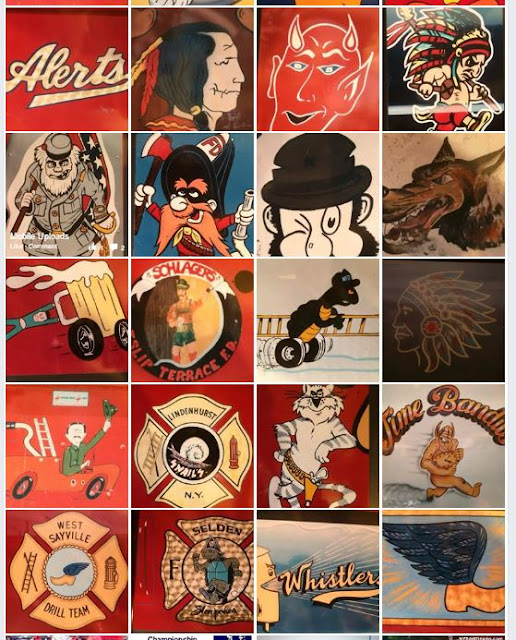 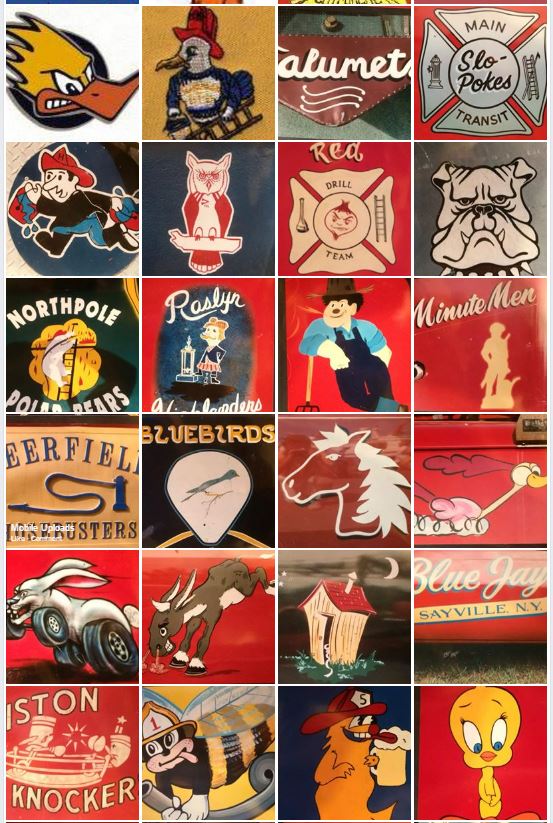 3 years ago Hemmings ran an article on one of these race cars, and called it a Fire Chiefs car. 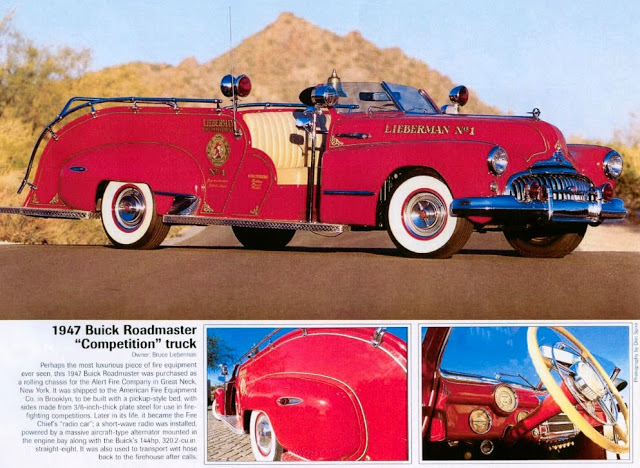 The object is, a team of competitors board a customized vehicle that looks sort of like a fire truck. They line up at a starting line against another team and, on signal, race for 475 feet. The rigs halt, they dismount, and hook a hose to a hydrant before hitting a target with the water stream. Or, throw a ladder against a platform and scramble to the top.

So on one level, it's a car race. Today's hottest "trucks" are often based on tubular steel chassis originally designed for drag racing or paved-oval Modifieds. One team famously used to use a mid-1960s Corvette body turned around backwards, with the fastback rear window serving as a driver's windshield and the engine bay, less hood, as a hose bed.

Where these contests exist, almost all in New York, they're big, big stuff. Millions were first exposed to firemen's jousts during the 1960s when ABC's Wide World of Sports, which had a top producer living on Long Island, discovered them. Their proximity and low production costs made them staple segments on the program, like figure-eight racing and demolition derbies from nearby Islip Speedway. A Web site specializing in the drills, www.nysdrillteams.com, lists well over 100 fire companies with drill teams, about 75 percent from Nassau and Suffolk counties on Long Island.