How much does the high bidder think Wayne Carini's temp ownership is worth when flipping a car? 2,000% markup. That is stupid. If they had bought the car from the original seller it would have cost them 30k, not 600k 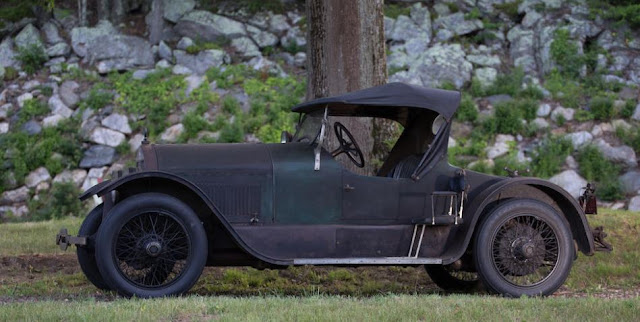 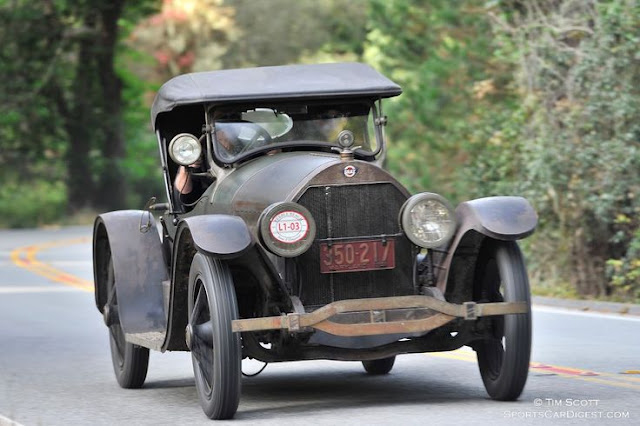 According to a person posting on the H.A.M.B. who was attempting to purchase the car before Carini flew in and picked it up in April 2015, the asking price was $30,000.

After some cleanup and repair by Stuz specialist Evan Ide, including new plugs and wires, a new water pump, and fresh pushrod guides, the unrestored beast rolled onto the lawn at Pebble Beach in August.

This year, Carini put the car up for sale at the Bonhams auction. The high bid when the gavel dropped. The price? $594,000, including premiums. 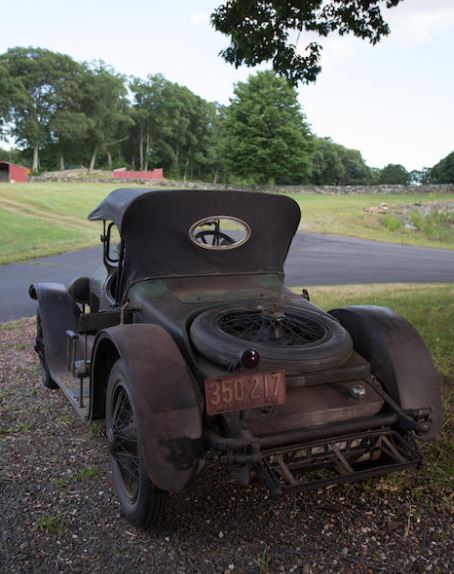 The first owner of this 1921 Stutz was a doctor in Maryland. In 1931 he purchased a large farm in  Georgia, and drove this Stutz Bearcat over 600 miles to his new home. After the long journey the Stutz was running a little rough and was put away in a barn. It was found to have a bad head gasket.

Twenty years later, after active duty in the war, Hagins returned to Georgia and set about repairing the Stutz, but soon after he had removed the head and begun work on the car, he passed away.

He left his entire estate to his caretaker, who left the car untouched - still up on bricks with its head off. The car was recently discovered by a retired army officer who was hunting on the property. 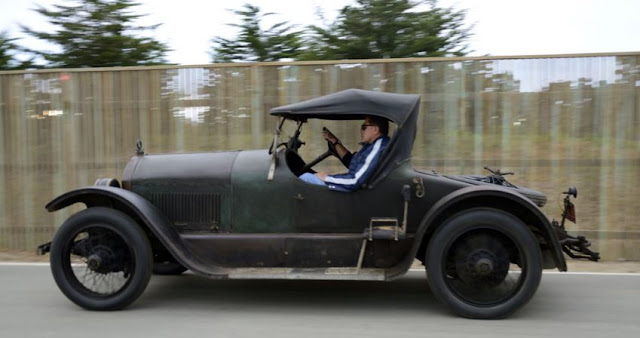 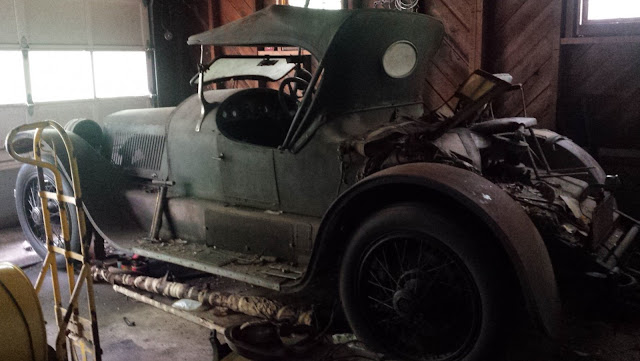 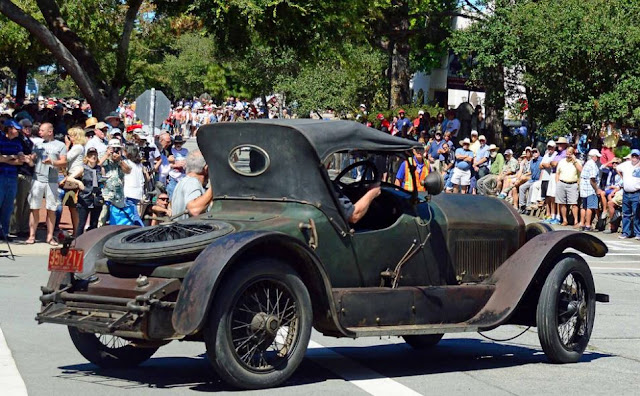