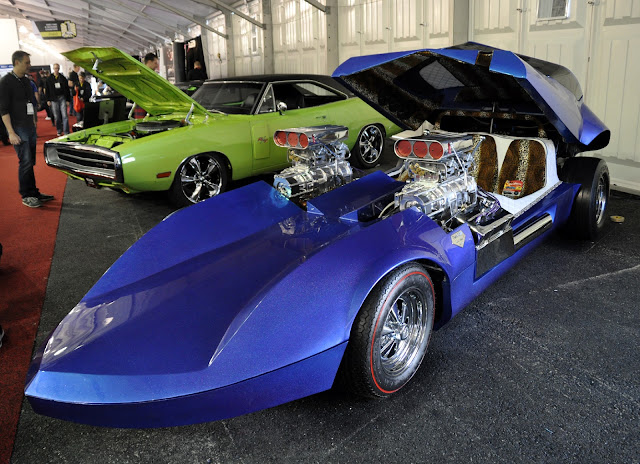 A 3 year build, inspired by Tom's son, to teach him about cars, and dedicated to his brother Al. The coolest thing is that Tommy has challenged the other Twin Mill to a drag race, prize money to go to Make a Wish foundation, bragging rights to the winner. No Hot Wheels company car has stepped up to this challenge yet. If you figure out why, let us know. 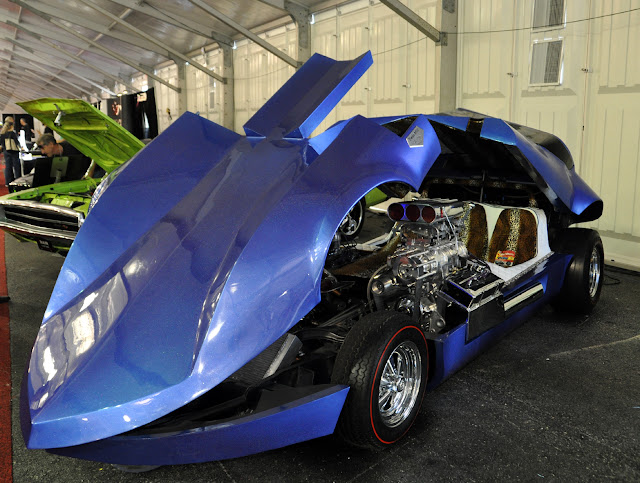 because of Ira it was appropriate to use all Corvette running gear and suspension, the headlight is actually the rivet on the bottom of the toy 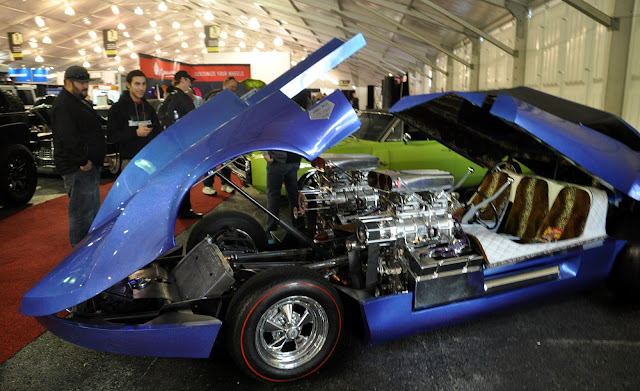 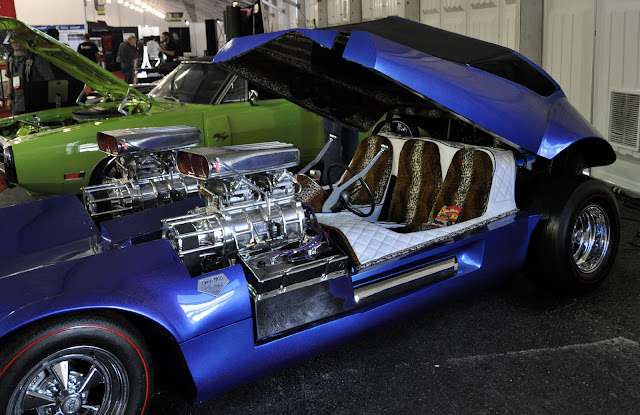 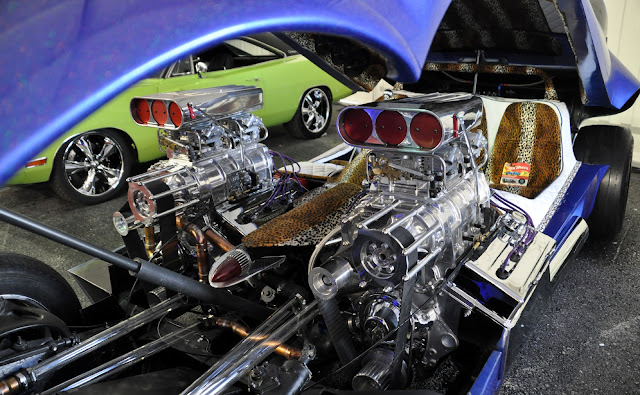 As this car was built, it caught the attention of Mattel and Hot Wheels, and prompted DeFranzo’s team to create a non-profit company that will benefit the Make a Wish Foundation and Alex’s Lemonade Stand Foundation for childhood cancer. http://www.alexslemonade.org/

The car’s name was, of course, spawned by its twin supercharged engines. Each will produce 1,000 hp, and they are being built at Big Al’s Toybox in Gaylordsville, Connecticut. http://www.bigalstoybox.com/ 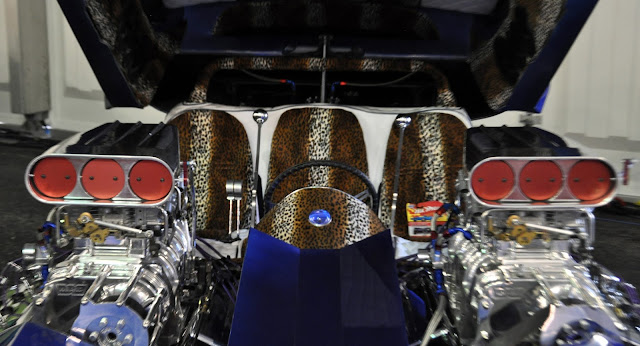 The motors are experimental Chevrolet's, 575 horse on pump gas,  thousand each on nitrous
The rearends are 68 Corvette's, with two driveshafts to transmissions which enables it to be put in reverse and drive at the same time in the spin the car in a circle like no other 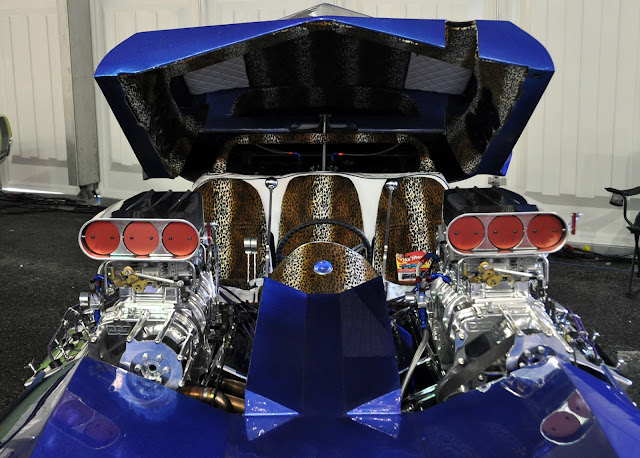 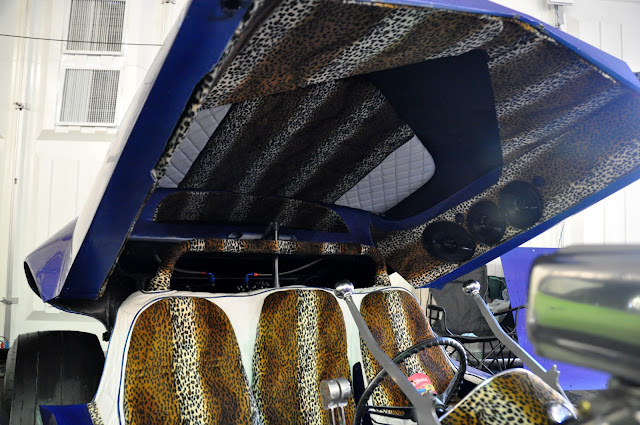 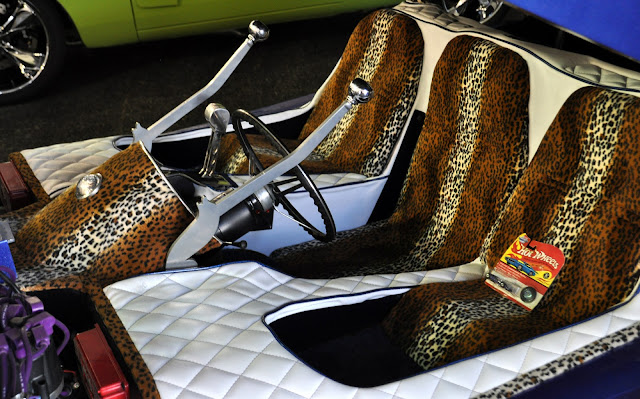 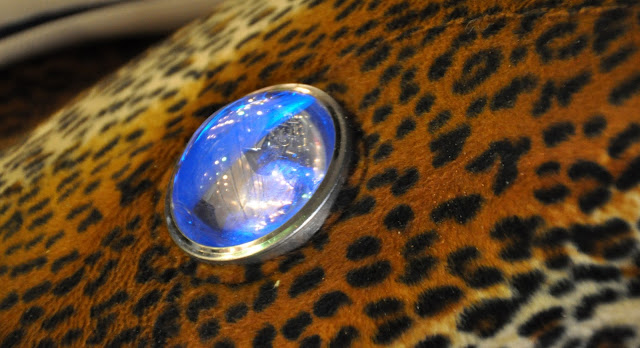 this headlight is from a wrecked 300ZX, and mounted right here, it picks up the light from the gauges 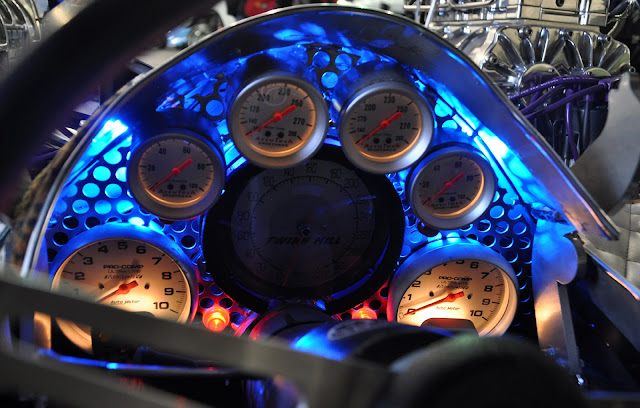 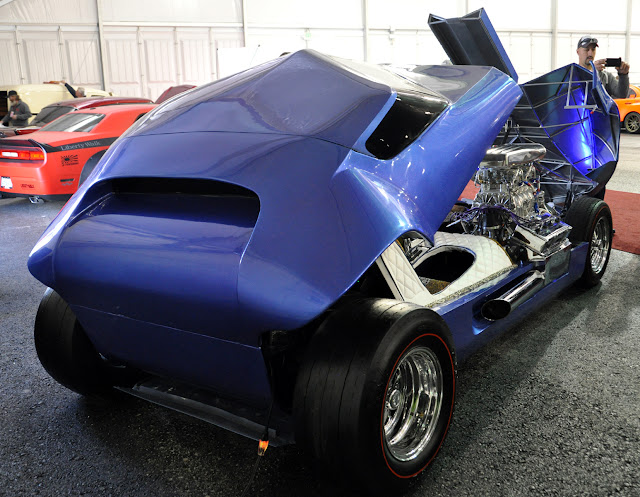 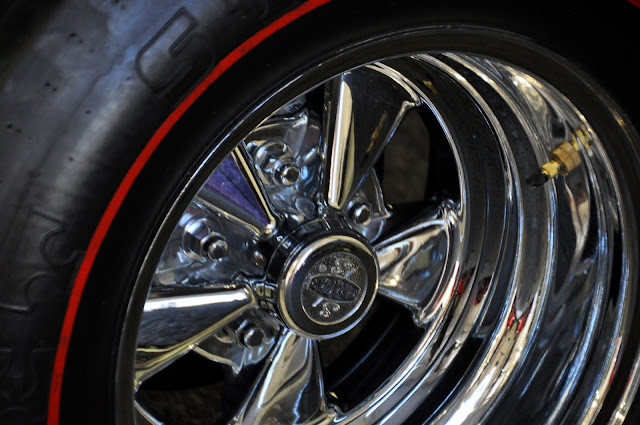 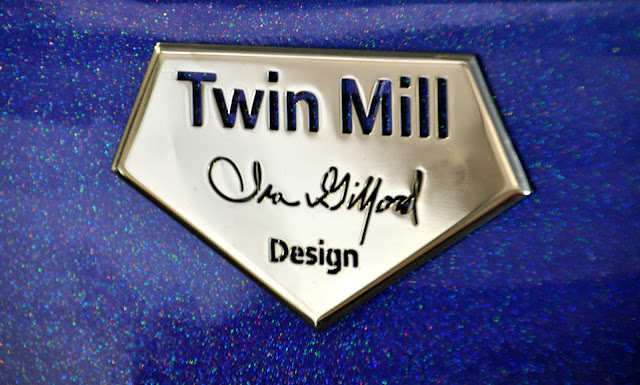 Ira Gilford was a designer for Chrysler and Mattel / Hot Wheels from 1967-69,  http://hotwheels.wikia.com/wiki/Category:Ira_Gilford_Designs

the paint doesn't get it's full due indoors, without the sun making it pop... the color is Tom's Purple Passion mixed with Ruby Red Slipper, if I recall correctly 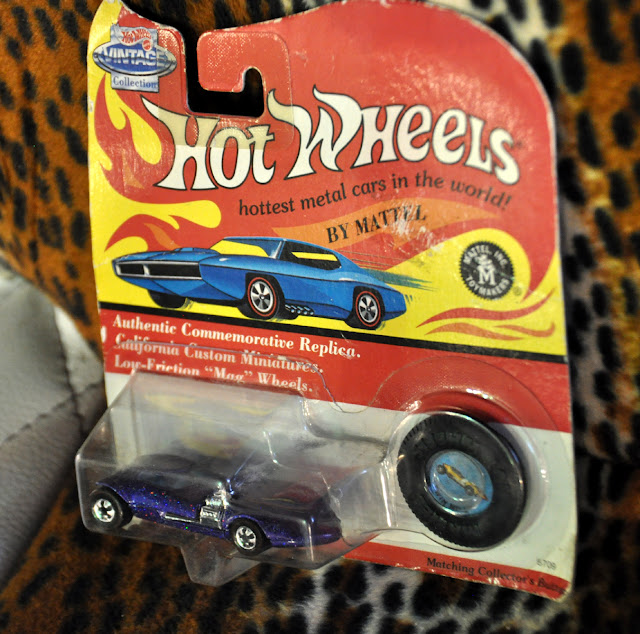 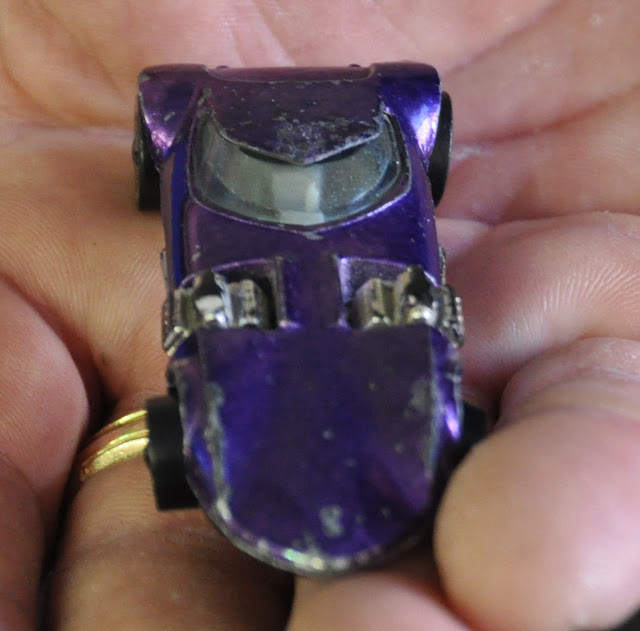 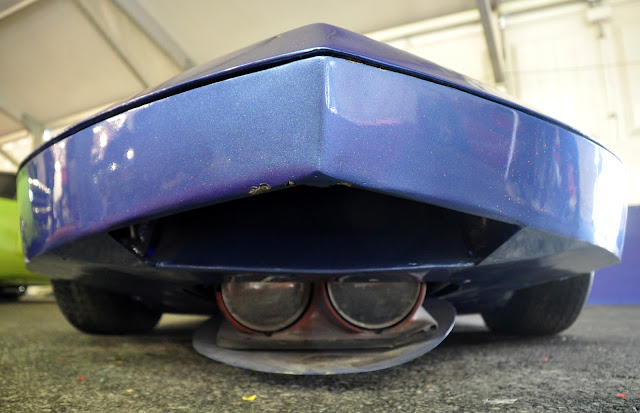 The headlight is from a 3rd gen Corvette 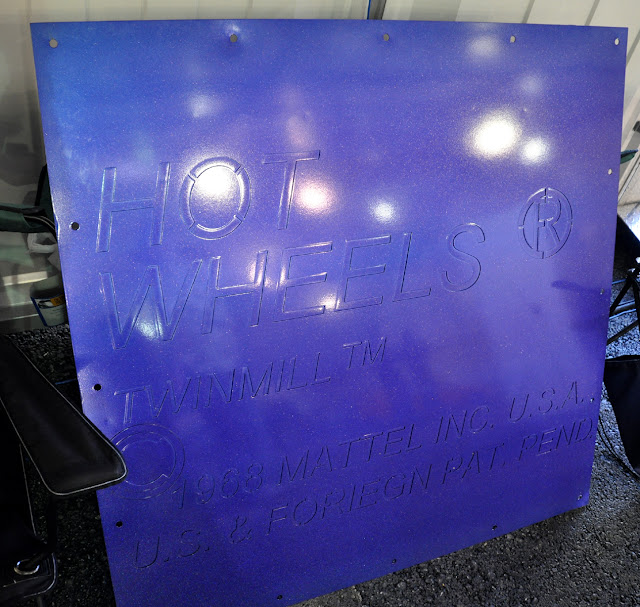 And just like the toy, this full size version has the info stamped onto the belly pan

Tommy met with Larry Wood at Mattell  this spring, in hopes that Hot Wheels would make a million purple twin mills, and sell them at car shows to raise money for Make-A-Wish.


Hot Wheels were conceived to be more like "tricked out" cars as compared to Matchbox cars which were more city or "real life" cars. There were sixteen castings released in 1968, eleven of them designed by Harry Bentley Bradley.

As it turned out, the Hot Wheels brand was a surprise staggering success.

The series "re-wrote the book" for small die-cast car models from 1968 onwards, forcing the competition at Matchbox and elsewhere to completely rethink their concepts, and to scamper to try to recover lost ground.

Harry Bentley Bradley did not think that would be the case and had quit Mattel to go back to the car industry. When the company asked him back, he recommended a good friend, Ira Gilford.

Gilford, who had just left Chrysler, quickly accepted the job of designing the next Hot Wheels models. Some of Hot Wheels' greatest cars, such as the Twin Mill and Splittin' Image, came from Ira Gilford's drawing board.

The success of the 1968 line was solidified and consolidated with the 1969 releases, with which Hot Wheels effectively established itself as the hottest brand of small toy car models in the USA.

Ira was part of the GM design team under Bill Mitchell, Larry Shinoda, and Chuck Jordan. 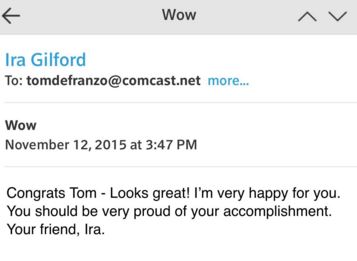