Challenger Deputy was the base model, and came with engines from the 198 to the 383 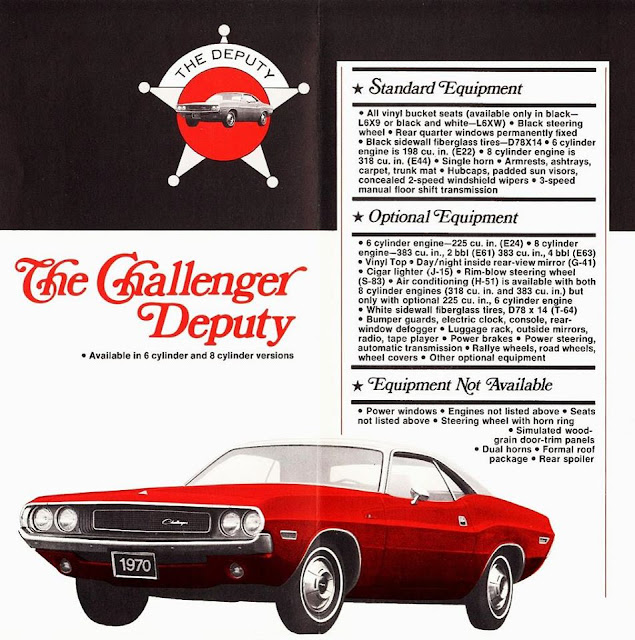 The low priced Challenger Deputy (Option Code A93) was a mid-year introduction (March 1970) and continued until the end of 1971 model production.

This version of the Challenger was unique in several ways.
The car was similar to the base Challenger hardtop with the following exceptions ;
The rear quarter windows were fixed in place by leaving out the regulator and bolting the track.
The rear window winder was deleted and the hole plugged with a chrome button.
The standard engine was the 198 6 cyl. with the 225, 318 and 383 (2v and 4v) optional.
The seats were the cheaper standard Plymouth Barracuda seats in black or white only.
The steering wheel is coachman grain like the Barracuda.
Things like dual horns, cigar lighter and night/day rear mirror were optional.
There are only six Deputys known to have been built with the 383 4bbl engine.
Three with automatics and three with 4-speeds
http://www.cuda-challenger.com/cc/index.php?PHPSESSID=2a80dff8f346cedac1f470c0fa864e74&topic=48961.15