I had not known P 47s had nose art too, here are some, and a tribute to George Rarey, a pilot, artist, and nose art specialist for the 379 Fighting Squadron's P 47s 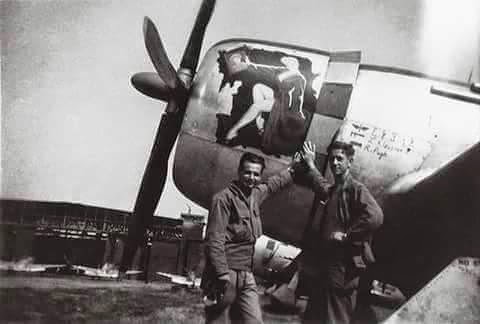 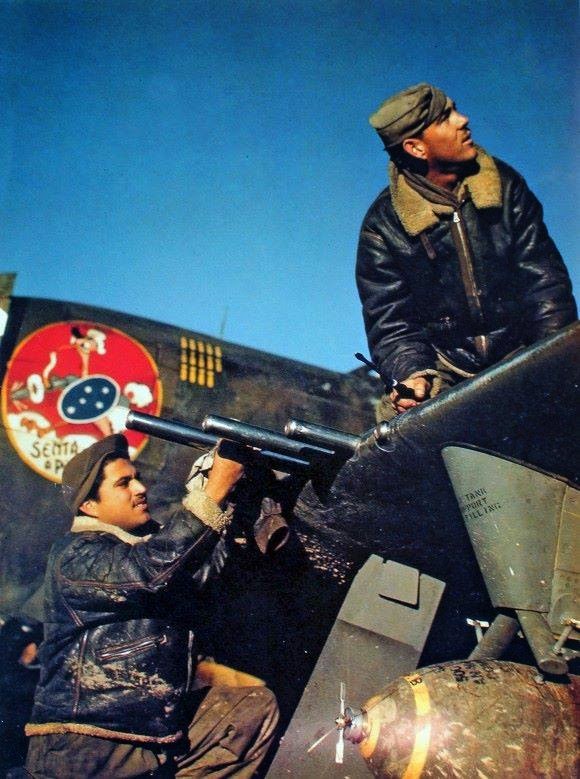 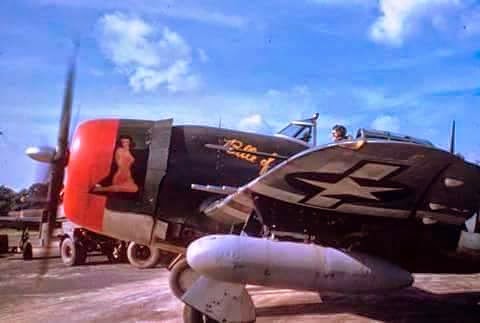 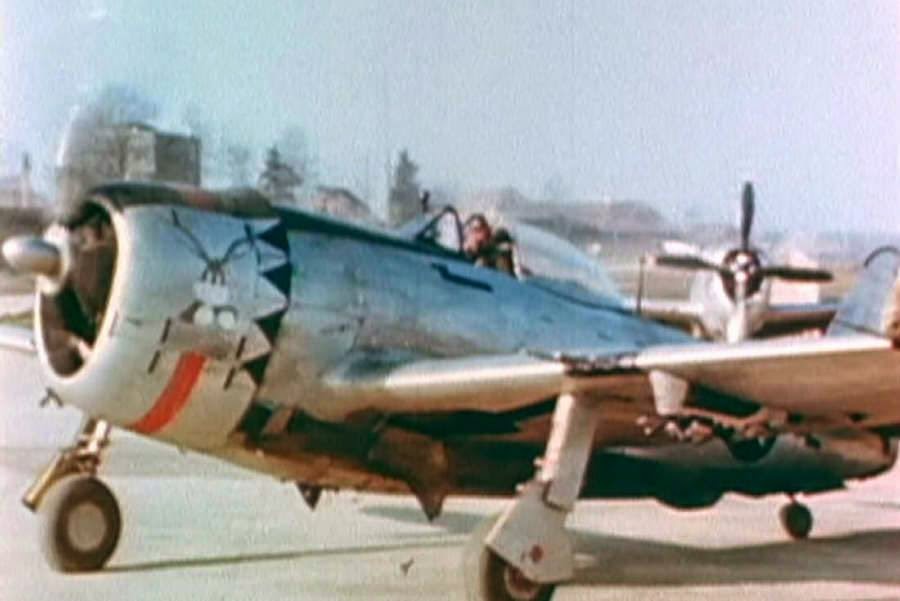 Dave just let me know about George, who went into the Air Corps and was flying P 47's over Europe

In 1942, George Rarey, a young cartoonist and commercial artist, was drafted into the Army Air Corps. He flew a P-47 before he drove a car. During his service he kept a cartoon journal of daily life in the 379th Fighter Squadron.

Some of that is online http://www.rarey.com/rareybird

or you an buy it on Amazon.com for around 60 dollars

A few weeks after D-Day, Rarey was killed in combat over France. http://www.military.com/ContentFiles/rarey_1.htm 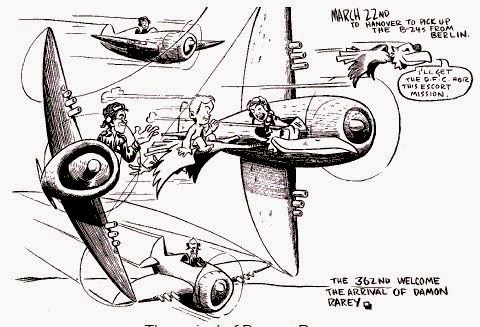 Rarey's nose art appeared on all the aircraft of the 379th FS, as well as on many of the planes in the 377th and 378th. He even created insignias for non-pilot friends, such as Doc Finn, the group doctor; Don Marsden, the squadron weatherman; and Bill French, the group executive officer.

He painted a watercolor of each insignia on 12 x 18 inch paper, each insignia accompanied by a portrait of the pilot. For a time these paintings hung in the Nissan hut ready room at Wormingford. The nose art and portraits below have been scanned from the originals

George Rarey, from Enid Oklahoma, was a commercial artist and cartoonist before he was drafted into the USAAC in 1942.

Because, at 25, he was a few years older than many of his fellow airmen he earned the title of "Dad". Rarey, as he preferred to call himself, designed and painted most of the nose arts for the 379th Fighter Squadron in their early combat days. Despite the immense demands placed upon him as a fighter pilot, Rarey never stopped drawing and would spend every spare minute sketching the events and personalities which comprised the 362FG. That combination of fighter pilot and artist was a rarity.

His son put a book of all the sketches and photos, link at the end of this post, but you can see some of it at http://www.military.com/ContentFiles/rarey_2.htm 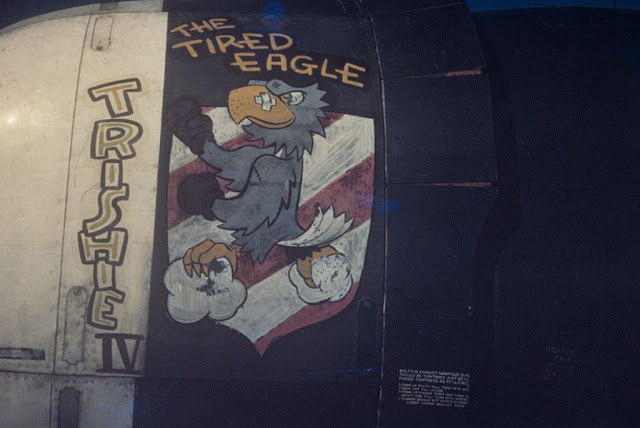 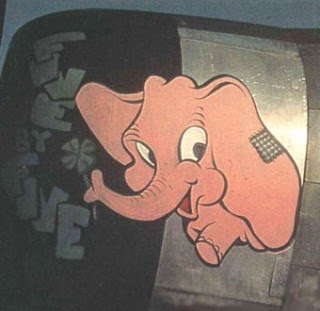 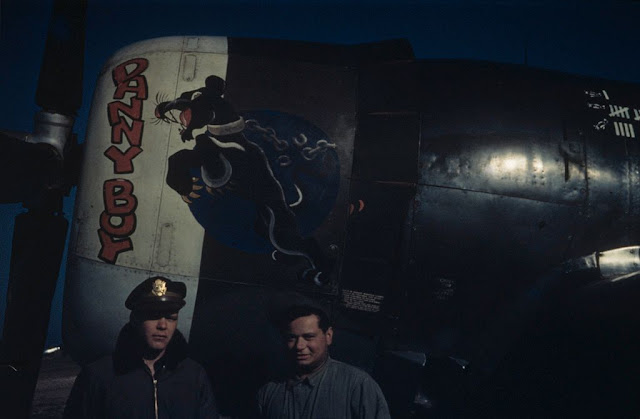 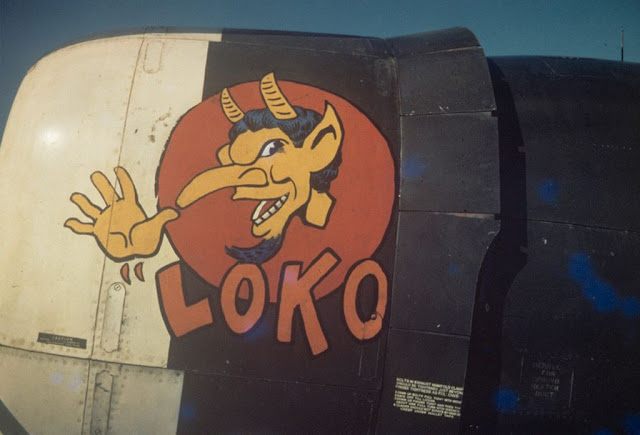 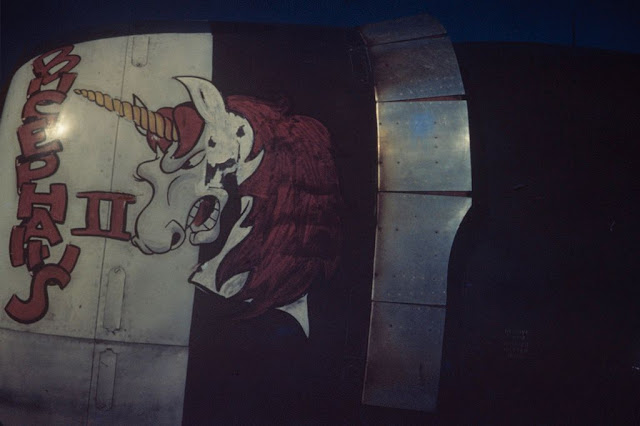 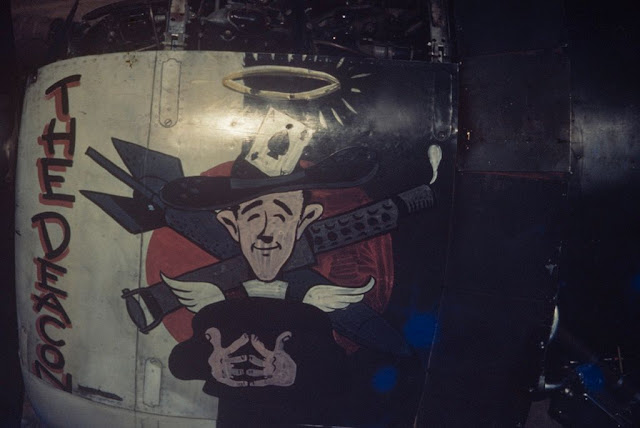 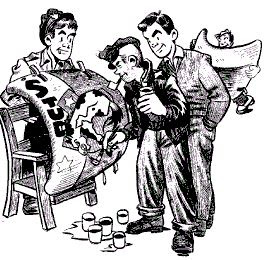 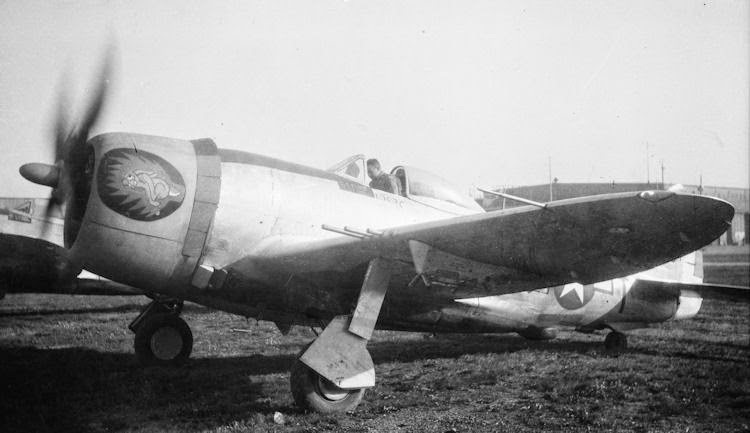 Rarey noted in his diary on 15th March that he had completed about half of the 379FS's planes. Each one was, in some way, a reflection of each pilot's character. Lt Shumway's fighter became "Slugger", Geyer's became "Stud", Larsen's "The Deacon", Thurman Morrison's was "Memphis Rebel". In all, Rarey is thought to have completed 28 nose art designs and as a consequence "Mogin's Maulers", as the group had now become known, was indeed a colourful sight. 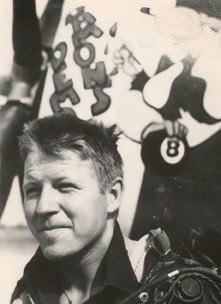 Rarey was one of the best-loved pilots of the 362nd FG. Having worked as a commercial artist before the war, he designed and applied the nose art for no fewer than 28 aircraft, including his own. The plane started out as “Archy and Mehatibel,” a reference to characters in Don Marquis’ poetry, but when Rarey’s son Damon was born the plane’s name changed. 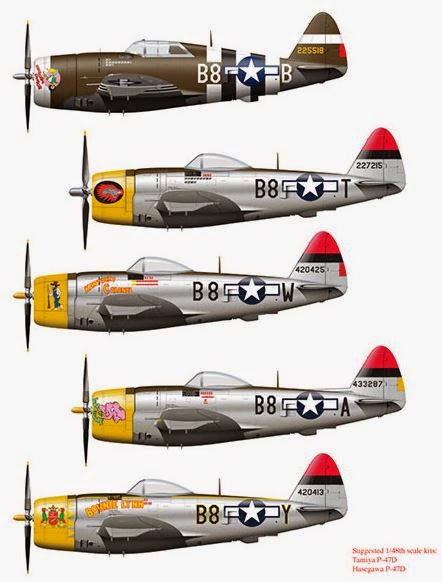 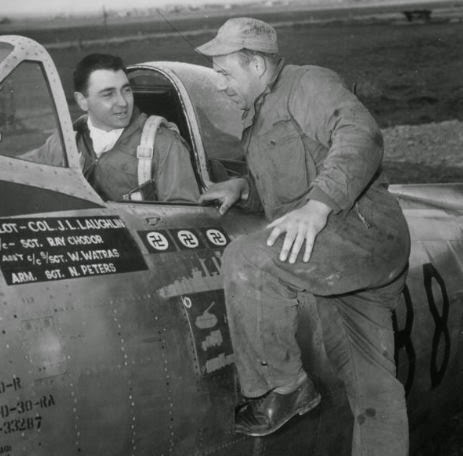 Notice the silhouettes next to the shoe, a ship, tanks, trucks, and trains!

the book is still available on Amazon 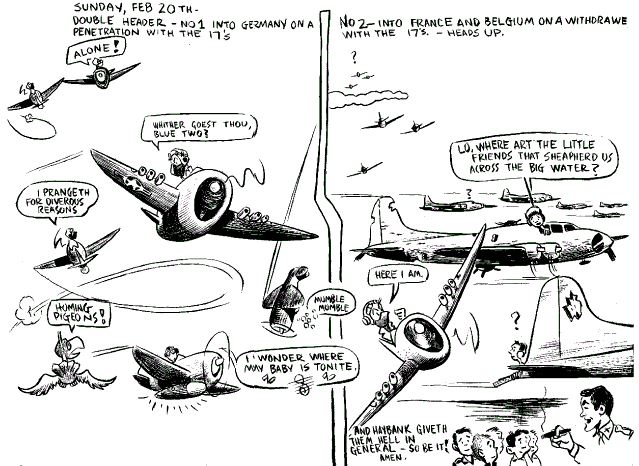 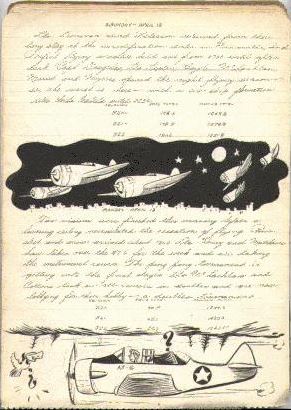 for the nose art from the 362nd http://www.axis-and-allies-paintworks.com/e107_plugins/forum/forum_viewtopic.php?430