P 39 Airacobra found intact and in amazing condition in a lake, returned to it's assembly plant, 60 years later 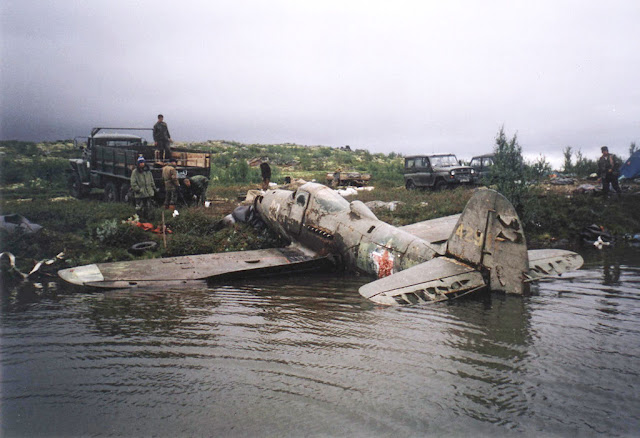 This particular aircraft was part of 4,719 P-39s sent to the Soviet Union under the United States’ Lend-Lease program, which propped up Allied forces with war material before and after the U.S. entered World War II.

One amazing discovery that always delights restorers and historians was found in the starboard door. In a leather binder was the aircraft’s maintenance log, which included the entire flight and service history of the aircraft, save for a few water-damaged pages.

The wing guns had been removed and the researchers found cans of stew and extra ammunition belts in the ammunition trays. This further confirmed this was the aircraft that had broken formation when 773 IAP was repositioning that day. The cans of stew were made in Massachusetts, which suggests that the lend-lease program also included food.

Miss Lend-Lease, as it has been named by the Ira G. Ross/Niagara Aerospace Museum (NAM) that is undertaking the restoration, served in a frontline Soviet Air Force squadron along the border with Finland.

The discovery in 2004 is rare since remains of the pilot along with key artifacts, found with the aircraft, have provided insights into the mystery of why the aircraft suddenly broke formation as the squadron repositioned to an airfield closer to the front 66 years ago.

Miss Lend-Lease is undergoing restoration at the same facility where it was born in 1943.