Jeeps were needed in Hollywood, but the military was kinda busy using them, so Frank Kurtis built some. First I've heard of it! 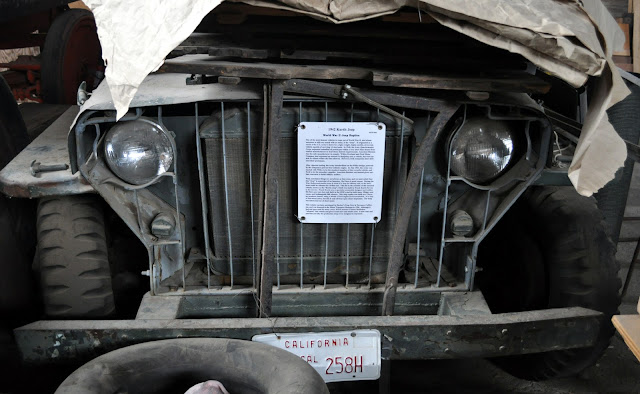 Found at the Motor Transport Museum! 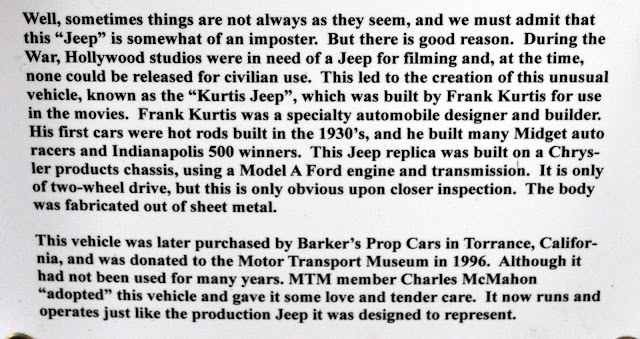 Frank Kurtis was born on the Colorado frontier in 1908. He first learned to work with metal on his father's forge as the family traveled the mining towns. When they moved to Los Angeles, he was apprenticed, at age 14, to the Don Lee Coach and Body Works, which built custom bodies for Cadillacs and other luxury cars.  http://justacarguy.blogspot.com/search/label/Don%20Lee 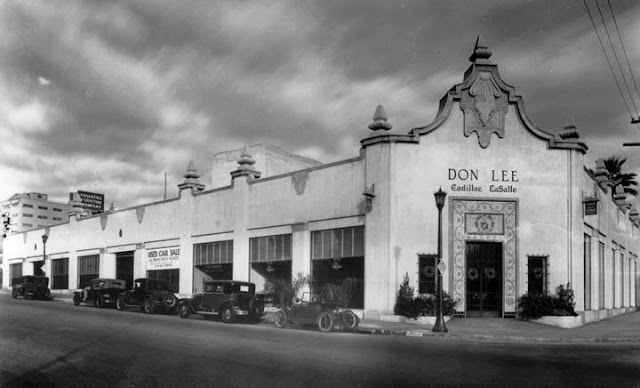 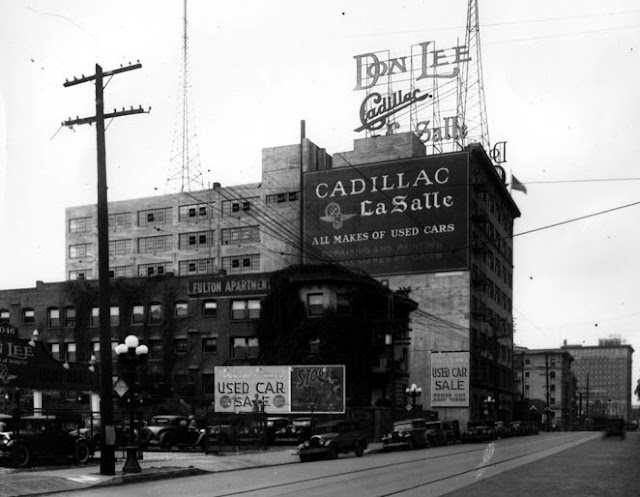 Quickly showing a gift for fabricating, Kurtis created a number of one-off sports versions of production cars for Hollywood types and other wealthy clients. Turning to race cars in the late '30s, he built a Midget racer for Charlie Allen. The car was so exquisitely constructed that racers named it the Jewel Box. Kurtis was the class of the field in the golden age of Midget racing. Over the years, more than 1,100 were built, around 550 by Kurtis-Kraft and another 550 or so from Kurtis-Kraft kits. http://justacarguy.blogspot.com/search/label/Kurtis%20Kraft

In 1941, Kurtis built his first complete Indy 500 entry, an Offy-powered Champ Car for St. Louis racer Ed Walsh. When the war came, he kept busy constructing fake Jeeps for the movies from Model A parts (for a time, real Jeeps were too valuable to send to Hollywood) and a three-wheeled sportster for Joel Thorne, the millionaire race team owner. Later sold to promoter/hustler Gary Davis, it became the prototype for the Davis three-wheeler. After the war, Kurtis picked up where he left off in racing, building Midgets and Champ Cars in his Glendale, California, facility, a mile or two east of Griffith Park.

What the above didn't mention, is that the Kurtis Jeep is a bit bigger than a GI Jeep, they wanted them to show up on film better
at Sunday, February 03, 2013