Some cars set speed records, but weren't fortunate enough to be savvy enough to get an organization to be there to "Sanction" it, and AAA wouldn't bless a run unless you were a member. Huh. 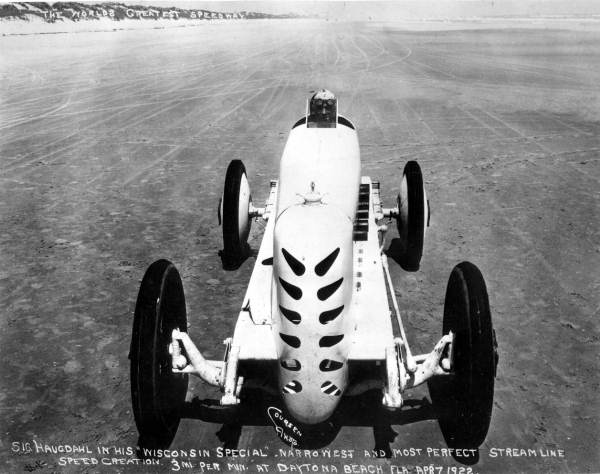 notice the writing on the photo, especially that on the upper left hand corner 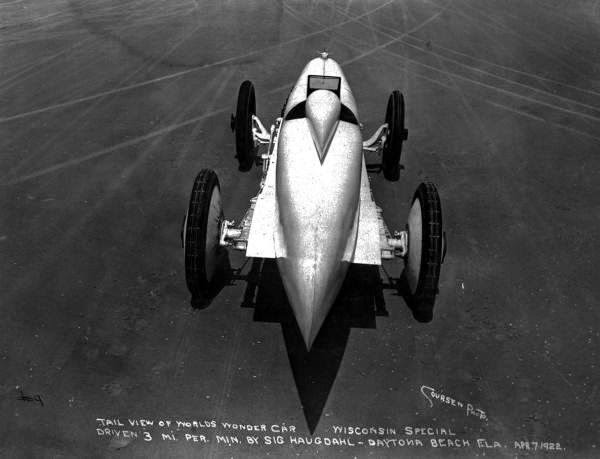 Haugdahl had built the car to prove to the USAC that he was a great race car driver and that he could outpace anyone. The heart of the Special was an enormous 836 cubic-inch 6 cylinder Wisconsin airplane engine, 13.7 liters, connected directly to the rear axle. The width of the car measuring a mere 20 inches was basically the width of the engine.

Notice that the publicity photo has no discs streamlining the back wheels, but when photographed on the course, the discs are in place 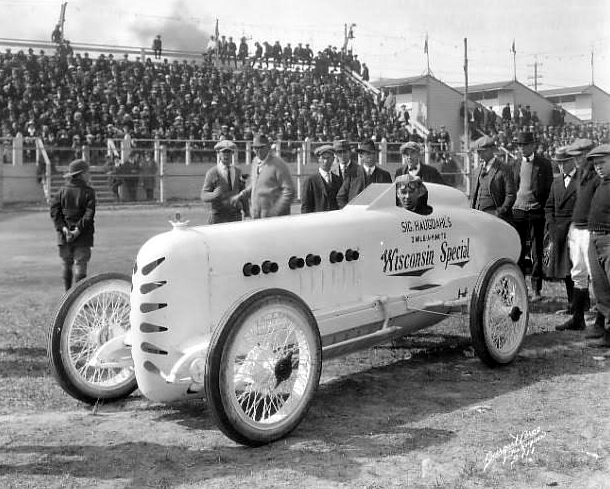 April 7, 1922,  Sig Haugdahl drove the Wisconsin Special over 180mph on a one-way run at the Daytona Beach racing oval 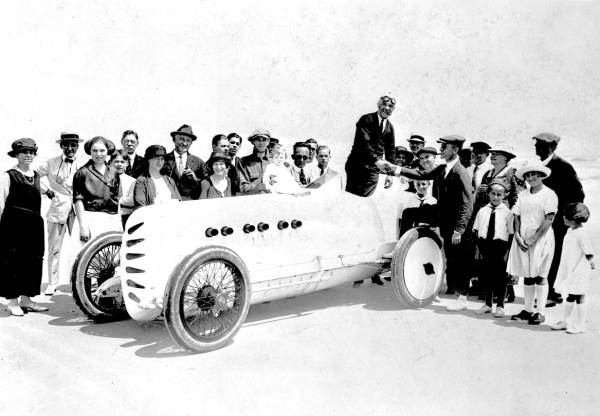 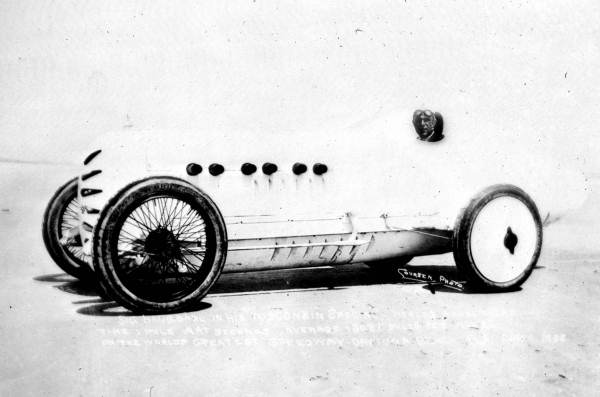 He ran it on Daytona beach, and beat the previous record by 24 mph. The previous might have been that of the Mephistople, or the Blitzen Benz. 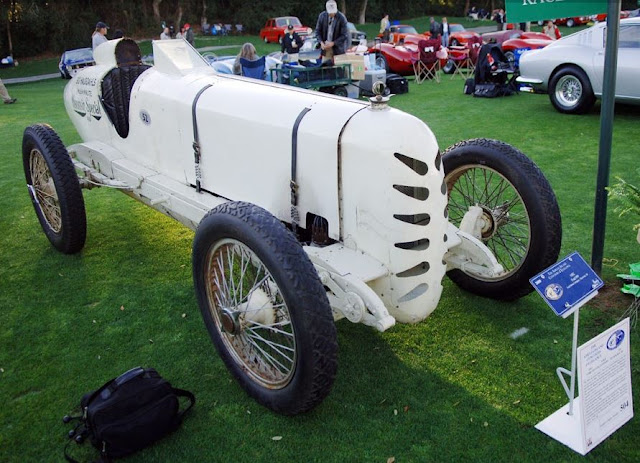