Steampunk Holmes would have this ride, and it's Called the Black Widow, from artist Mikky Solifague 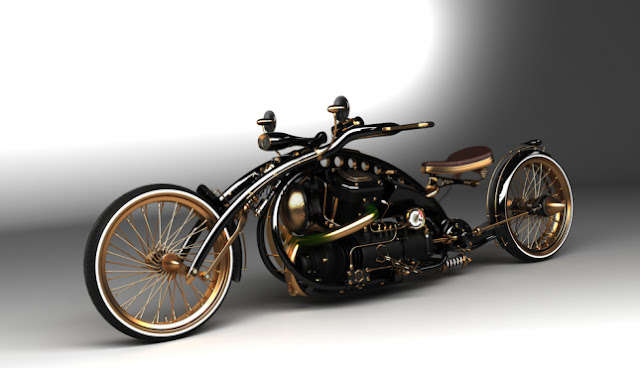 After being inspired by the recent Sherlock Holmes movie starring Robert Downey Jr, as well as the William Gibson and Bruce Sterling novel “The Difference Engine“, Richard Monson-Haefel decided that Sherlock Holmes was the perfect character to go steampunk- and that Victorian-era mysteries would make for rich storytelling. Richard is assembling a diverse team of designers, artists, and writers to produce the work. Scouring the web for inspiration, he came across this unique motorcycle design and felt it was a perfect fit for his character. He contacted Moscow-based designer Mikky Solifague of Solifague Design, http://solifdesign.blogspot.com/ who produced the design in 2007 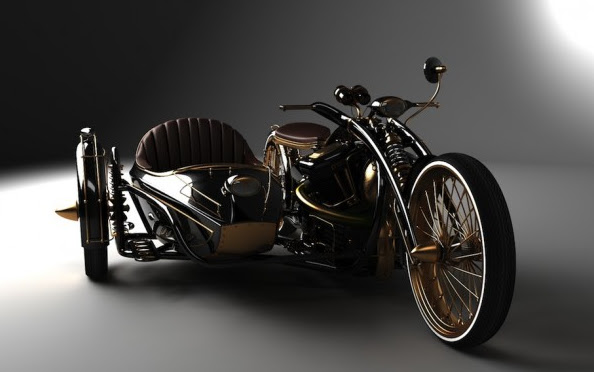 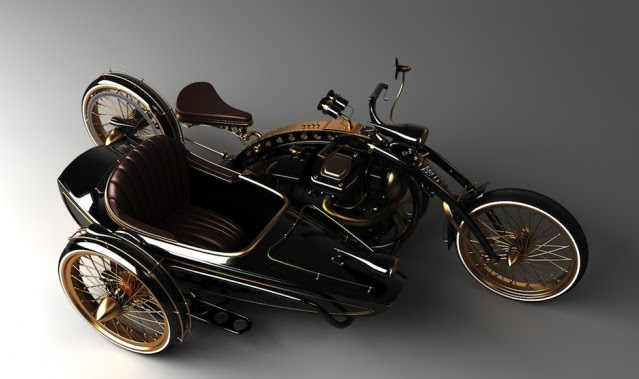 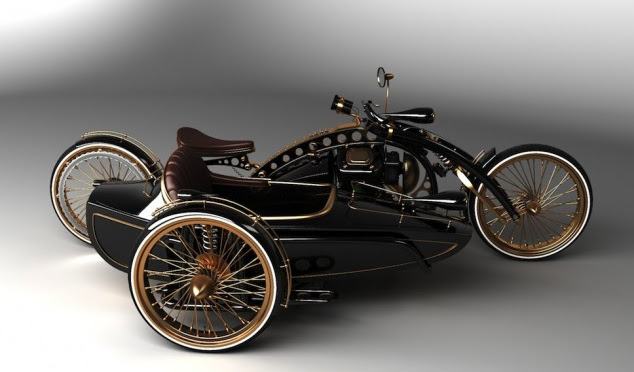 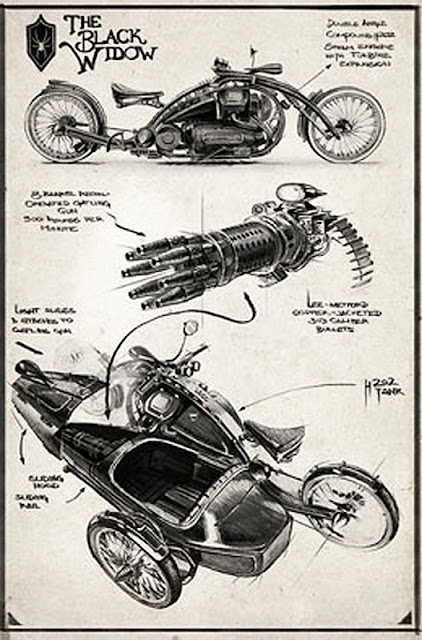