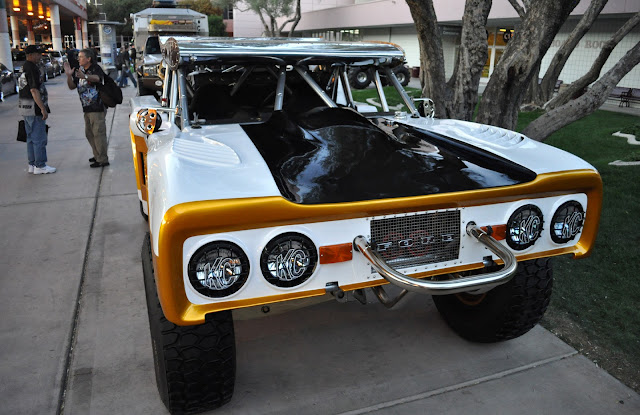 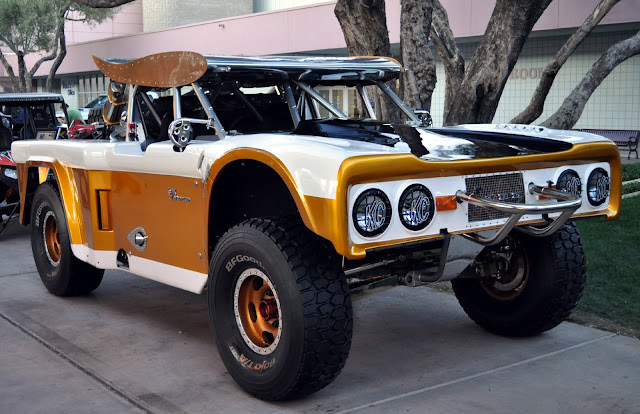 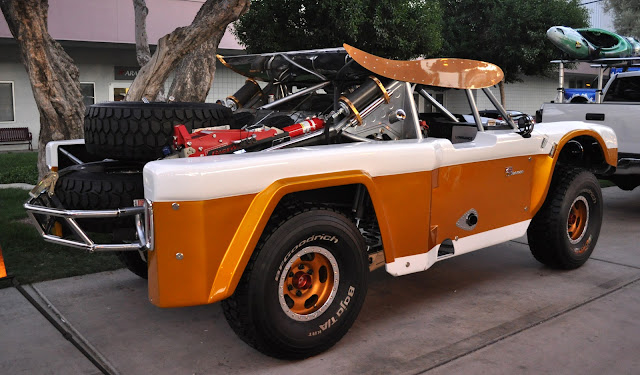 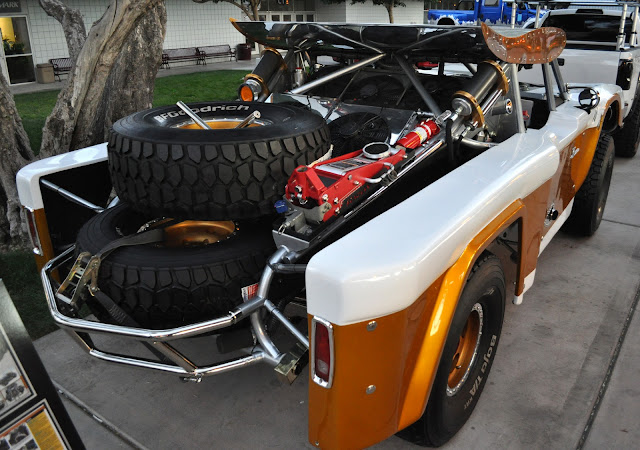 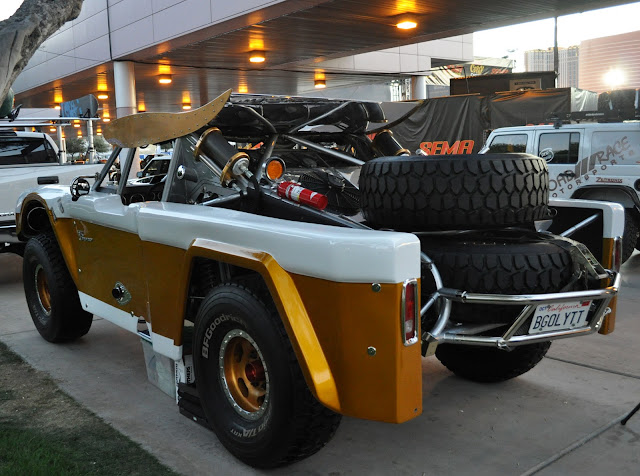 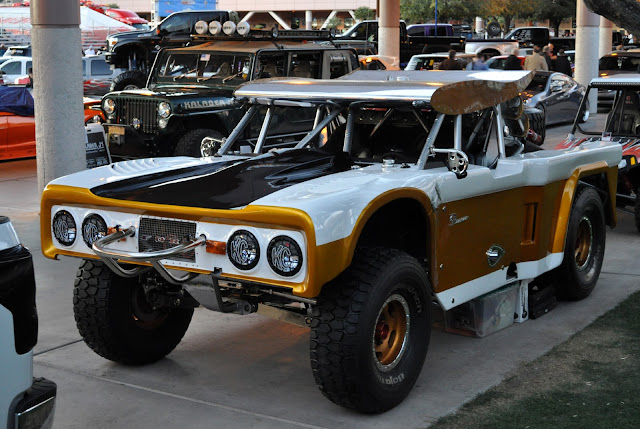 Marshall's website about his incredible truck is here http://www.bigoly.com/ and you can read more about what it took to build it, and what he built it with there. 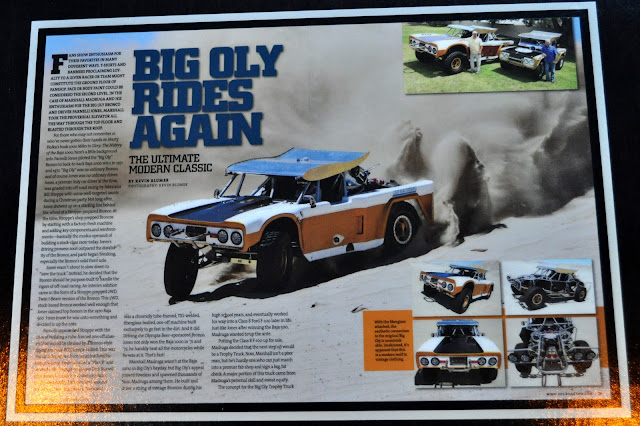 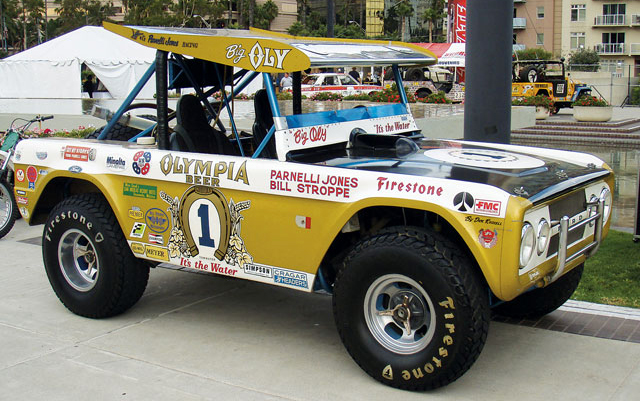 the above photo of Parnelli Jones winning Bronco is from http://www.off-roadweb.com/events/0802or_40_years_to_glory_happy_birthday_baja_1000/index.html and they had very little to say about such a famous off roader " Big Oly came out of Bill Stroppe's shop but was really the brainchild of Parnelli Jones and one of Stroppe's fabricators, Dick Russell. Stroppe at first resisted the idea of building a tube-chassis vehicle with Bronco skins because it wouldn't be a true Bronco. Jones and Russell would eventually move Big Oly from Russell's garage to Bill Stroppe's shop, and Stroppe eventually accepted the idea. It won the Baja 1000 in 1971 and 1972. "

Bill Stroppe was a race car fabricator for Nascar if I recall correctly, and at a christmas party goaded Parnelli into a challenge to drive in the Baja 1000. Parnelli was known for Indy car driving, but proved exceptional at Baja racing... so great that he not only won the race, he beat all the motorcycles too!

Marshall Madruga was inspired by the Olympia Beer sponsored Bronco, and had several vintage Broncos from huigh school until his Class 8 off roader, but went all the way to insane with this Trophy Truck.

Olympia Beer isn't familiar to many of you I think, but it was one of the more popular beers in the 70's that has disappeared from our cultural awareness, like Strohs, Schlitz, and others. Olympia Beer was on screen with Clint Eastwood a lot though, and if you watch Clint's 1970's and 80's movies like "Thunderbolt and Lightfoot". If you are ever in Olympia Washington, capital city of Washington state but a very small city now, stop by the brewery. It's a cool experience and good tour. Olympia is not only a state capital, and a beer, but also the city that the USS Olympia fast attack nuclear submarine was named for... and that makes it the only US Navy vessel that shares the name of a alcoholic beverage. I was crew from 1991 to 1995 on that sub... cool experience, but not one I would repeat.

This is the 2nd incredible vehicle I've found and featured here that was built to replicate/honor/pay homage to a Parnelli Jones race vehicle, the other was the Boss 302 Mustang that Les built exactly to the specs of the original http://justacarguy.blogspot.com/2008/06/68-ford-transporter-aint-that-cool-i.html
at Thursday, November 17, 2011