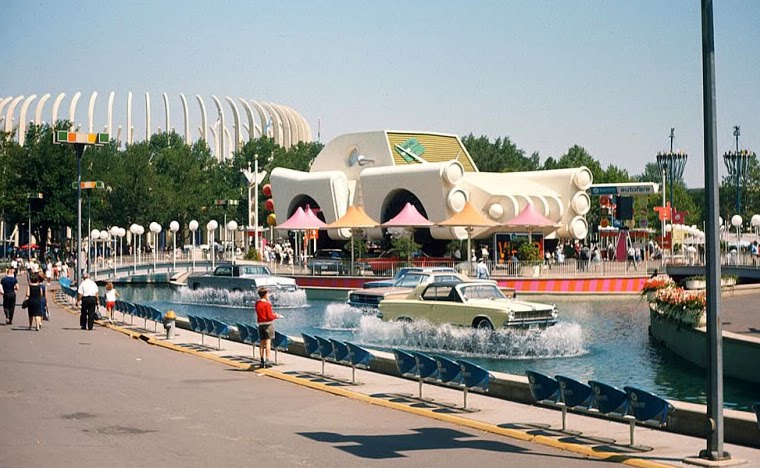 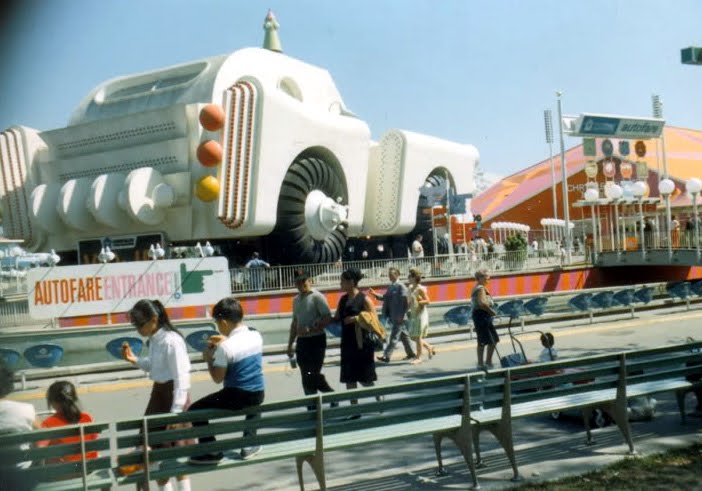 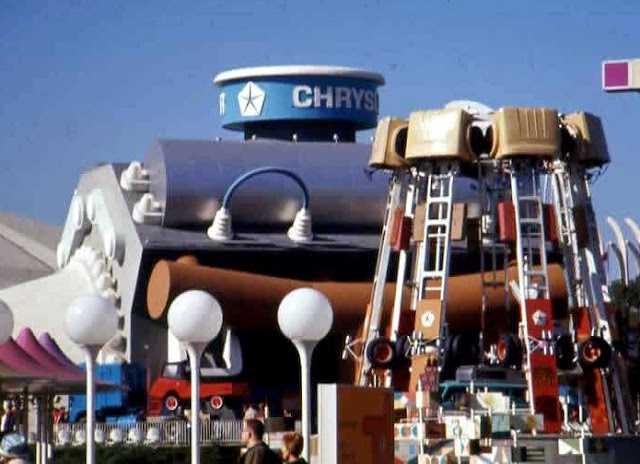 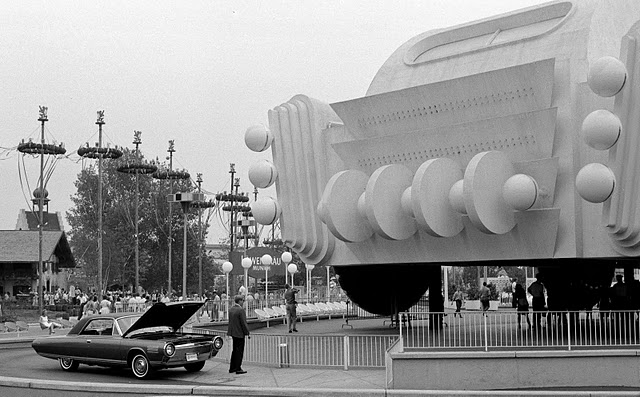 for some photos of the unusual engine appearing building that Chrysler had built to showcase it's cars and trucks, I just posted them 2 weeks ago:
http://justacarguy.blogspot.com/2010/12/1964-worlds-fair-display-chryslers.html

The 1964 New York World's Fair was an American car lover's dream, the likes of which we aren't likely to witness again. GM, Ford, and Chrysler were at their peak, and since the 1960s was an extravagant time, no expenses were spared. In addition to filling their pavilions with the latest production models, the Big 3 pulled put on a show for the world.

Ford hired Walt Disney to help with their pavilion—they came up with the Magic Skyway, where you could ride in one of the 135 Ford convertibles. Chrysler's pavilion featured gigantic cars. Its "fair-within-a-fair" displayed the world's biggest car, a huge walk-in engine, and a giant robot made of car parts. Visitors could even take a ride in a Chrysler Turbine Car on a small track.

On top of this, Chrysler provided the vehicles for the Hell Drivers auto thrill show at the fair. Thanks to these daring drivers, World's Fair visitors enjoyed death-defying stunts in a 7,500-seat stadium. The Hell Drivers performed a one-hour show daily on weekdays and eight per day on weekends and holidays. Despite the danger that stunt drivers experienced, in 1964 the Hell Drivers boasted a zero-fatality rate for the previous 18 years of national shows. 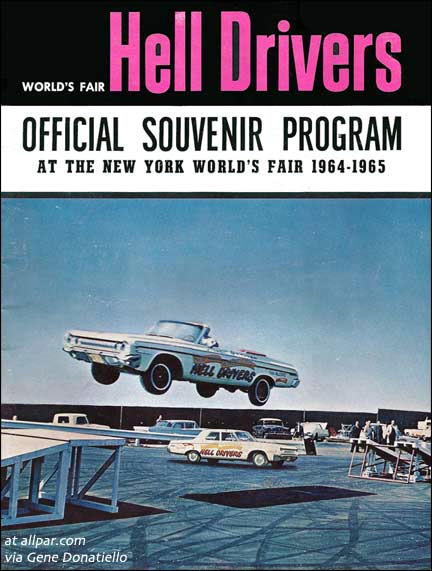 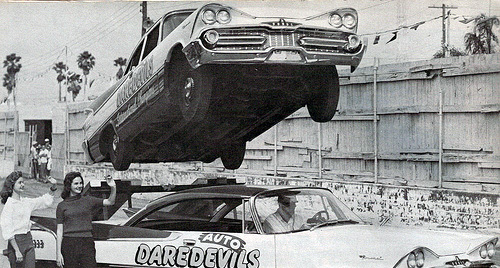 above info and photos from http://www.petrolicious.com/chrysler-stunt-drivers-perform-at-1964-world-s-fair
at Tuesday, January 11, 2011