Remember the Apollo astronauts getting stuck in Airsteam trailers after coming back from the moon walks? 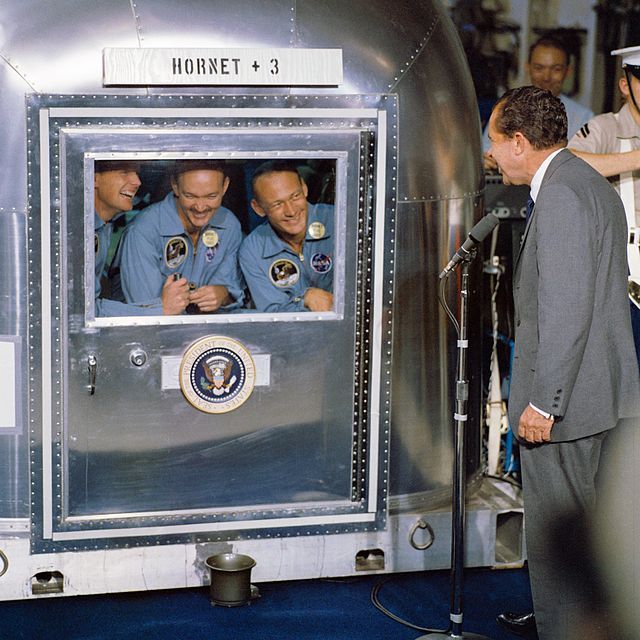 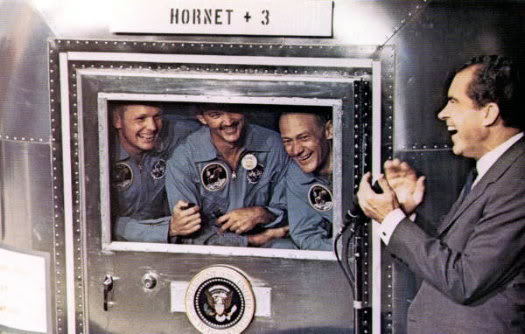 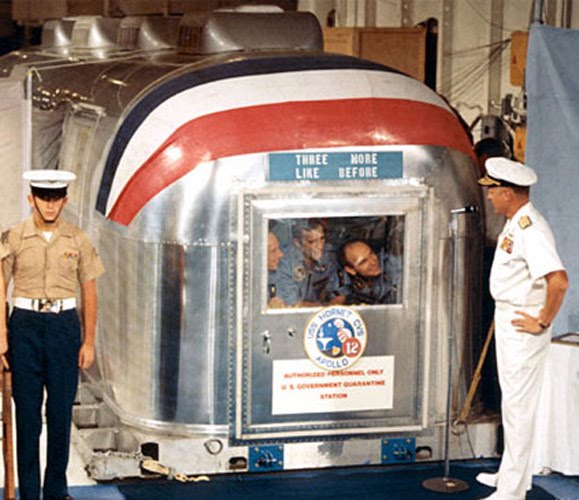 Well one was disposed of as scrap (an Airstream for pete's sake) and ended up at a fish farm run by the US Geological Survey division aquatic research farm in Marion Alabama, it was once used to house the Apollo 12 astronauts upon their return from the moon has been found, rescued and is now in Huntsville where it will eventually become a permanent display in the Davidson Center for Space Exploration at the U.S. Space & Rocket Center.


The Mobile Quarantine Facility (MQF) has a remarkable story that would have had a very different ending had it not been for one man who recognized the artifact and took steps to make certain the MQF would find a new home where it would be restored and properly displayed. Dr. Paul Johnson, the newly appointed Director of the Alabama Department of Conservation's Aquatic Biodiversity Center at Marion, says he knew at first glance there was more to the trailer than officials realized.


A space enthusiast, Dr. Johnson had seen the Apollo 11 MQF while it was on display at the U.S. Space and Rocket Center and quickly realized the trailer in Marion appeared identical. Four MQF trailers were produced and delivered to NASA in early 1969. They would be used to quarantine astronauts returning from the moon while scientists ensured the crews had not brought dangerous microbes back to Earth. 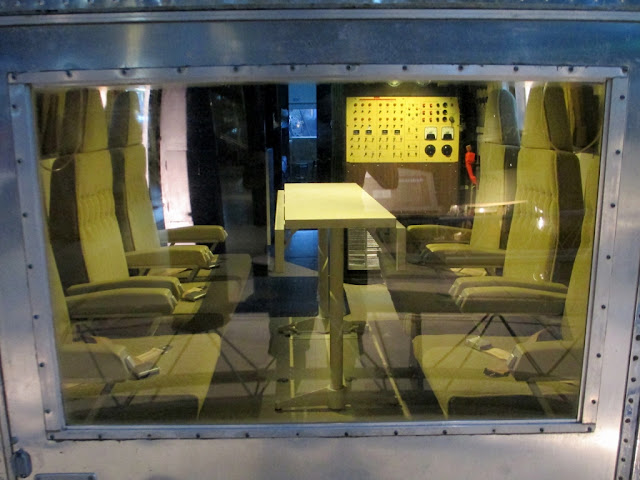 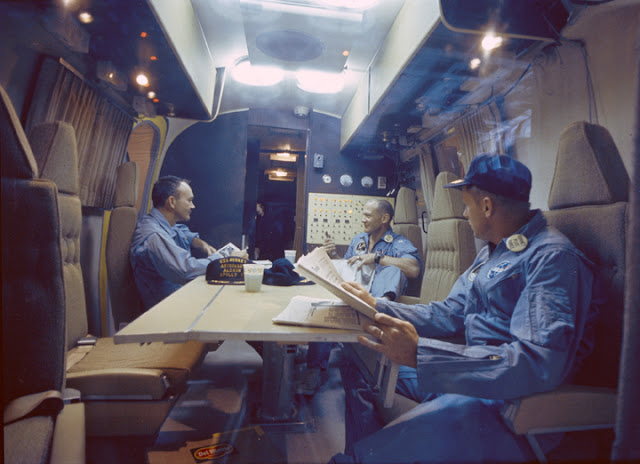 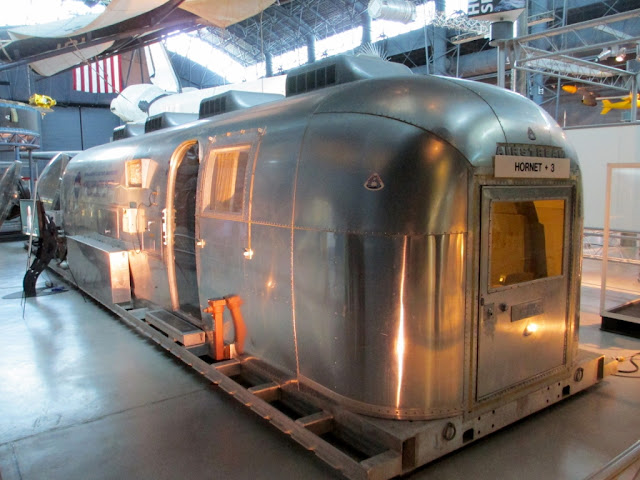 The MQF that housed Apollo 11 astronauts Neal Armstrong, Buzz Aldrin and Michael Collins was put on public display at the U.S. Space and Rocket Center, where it stayed for approximately 30 years before being "called home" by the Smithsonian. It is now on display at The Steven F. Udvar-Hazy Center near Washington Dulles International Airport.


The other three were declared surplus and were transferred to other agencies. Up until March of this year the location of the Apollo 12 MQF had been a mystery. Records indicated in the mid-1970's NASA had turned it over to the Center for Disease Control (CDC), who used it to transport scientists back to the U.S. after they had been exposed to a dangerous virus in Sierra Leone.


After several years in storage, the CDC reportedly handed the MQF over to the Georgia Department of Forestry for use as a mobile command center, where it was reportedly destroyed in a fire. For years, no one could dispute the report and it was assumed the Apollo 12 MQF was forever lost.


"Thinking back, I would have liked to have seen the expressions on our faces as we came up on it," said Mike Kelly, the USSRC's Vice President of Domestic and International Licensing and one of the staff members who traveled to Marion to see the MQF. He adds, "It was like finding a gold nugget." In the days that followed, the paperwork trail for the unit surfaced and it was discovered the CDC had actually transferred the unit to the U.S. Geological Survey's Biological Resources Division in the early 1990's. That's how it got to Perry County and to the fish hatchery the USGS operated near Marion until closing the facility in 1995.

In January, 1998, the U.S. Government conveyed ownership of the old hatchery, including the property, buildings and associated equipment, to the Alabama Department of Conservation, and just last year the State of Alabama initiated efforts to convert the site into a research facility to study endangered aquatic species. Dr. Johnson took over earlier this year. Ownership of the MQF has now officially been transferred to the U.S. Space & Rocket Center and the unit was carefully moved to Huntsville earlier this week.

"The historical significance of the MQF cannot be overstated," says the USSRC's CEO, Larry Capps. "You don't stumble across something like this very often and we were lucky to get it. To say it's exciting doesn't come close," he adds.

As for Dr. Johnson, Mr. Capps said, "We owe this man, and for that matter the Alabama Department of Conversation, a debt of gratitude. As a result of their efforts, many future generations are going to have the chance to see the MQF. We hope to get Dr. Johnson up here soon so that the people of Huntsville can meet him and show their appreciation."

http://www.collectspace.com/ubb/Forum14/HTML/000587.html
Also see http://justacarguy.blogspot.com/2010/06/airstream-uss-hornet-and-nasa-quite.html for a NASA airstream being loaded onto the USS Hornet
at Tuesday, April 06, 2010