The Keystone Cops, about 1915, stars of the silent screen comedies

The Keystone Cops was a series of silent film comedies featuring a totally incompetent group of policemen who frequently were part of train robberies, train crashes (spectacular), cars that fell apart and motorcycle mayhem . They may have invented the car chase scene (as they were invented about the same time as movies and cheap cars) 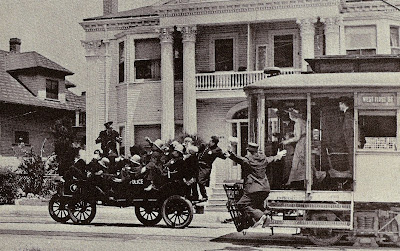 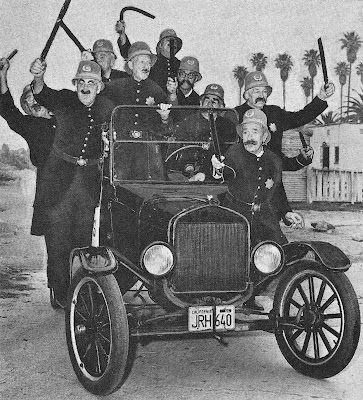 Above a 1921 Model T
Below is a movie prop Hupmobile 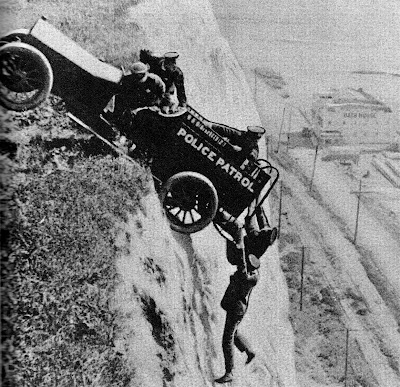