The barn Dodge, old story resurfacing today, it was sold off and hasn't been heard of since 2003 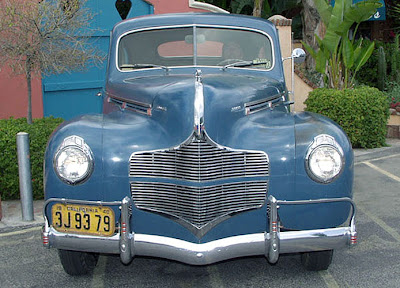 A veterinarian from Idaho purchased the blue Dodge new at the local Dodge dealer in Boise. He used it to respond to calls all through the war years; his 1944 permit is still affixed to the windshield.

Being a very valuable asset during war times, the car was always parked in a dedicated spot in the barn when not in use. In 1948, the good Doctor passed away, the car was put on blocks and covered with bed sheets. 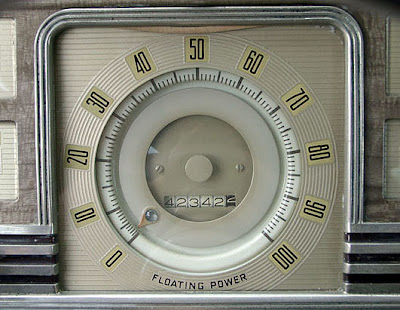 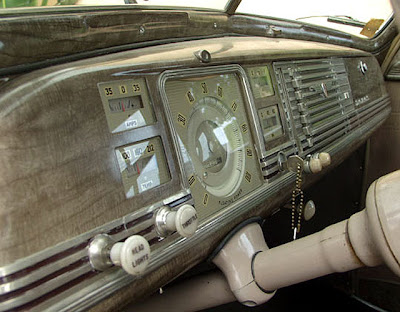 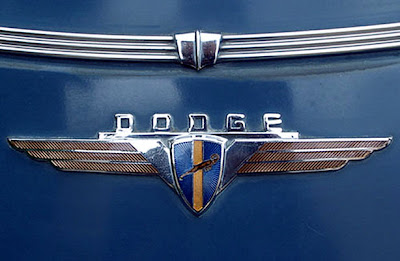 In the late 1980s an attempt was made to sell the car, which seems to be in the upswing of the car market values and collecting... but it didn't move. In 2003, again the collector car market takes off, so sheets were taken off, the car was lifted from the blocks, and the tires were filled up with air. It sold to Southern California collector.
Some of the more interesting things found in the glovebox:
Owner's instruction book in its original envelope
"Sentinel" first aid kit, incl. a bottle of "Mercuro-Chrome"
Small upholstery brush, an old bottle opener, a parking stub dated 8/16/19 41, from the "Glen Valley Rodeo"
It seems the original source for this story, and with many more photos and loooong story that I boiled down to the basic interesting part, is here: http://www.tommcmahon.net/2008/12/the-1940-barn-dodge.html
at Tuesday, December 09, 2008