former New Jersey Attorney General, guilty and corrupt as hell, (who expected anything else?) pled guilty to bribery for using his post to get United Airlines to run money-losing direct flights between Newark, N.J., and Columbia, S.C., saving him an hour's driving time to his weekend home.

The former chairman of the Port Authority of New York and New Jersey, pleaded guilty to bribery last year for the backroom deal, which occurred at a time when United was negotiating with the Port Authority over a new hangar it wanted to build at Newark Liberty International Airport.

He pressured United Airlines to reinstate a flight route to give him easier access to one of his weekend homes near Augusta Georgia.  https://en.wikipedia.org/wiki/Aiken,_South_Carolina In the 19th century, it was a wintering spot for the Astors and Vanderbilts, now it's the wintering grounds for equestrians. His main house is in Washington Conn, his condo is in Newark.

Federal prosecutors told the judge that because the flight was created solely for Samson's convenience, United allowed him chose the days he preferred to travel. The route, which was cancelled within days after Samson resigned as Port Authority chairman in March 2014, lost approximately $945,000 before it was grounded.

Anyone else suddenly wonder how many airlines are losing money, and overcharging normal customers because they are handing out sweetheart deals to billionaires who refuse to charter private jets or helicopters?

The judge let him off in luxury with a sentence of home confinement (in a choice of mansions) for one year and 3,600 hours of community service. (really? Think he'll get his shoes dirty? Hell no) and wear a monitoring device and pay a $100,000 fine.

How the hell does that repay the taxpayers for the 16 month investigation and prosecution? It doesn't.

Just think for a moment what a joke home confinement is to a billionaire with a 1.7M home in Columbia South Carolina, and another home Newark New Jersey, 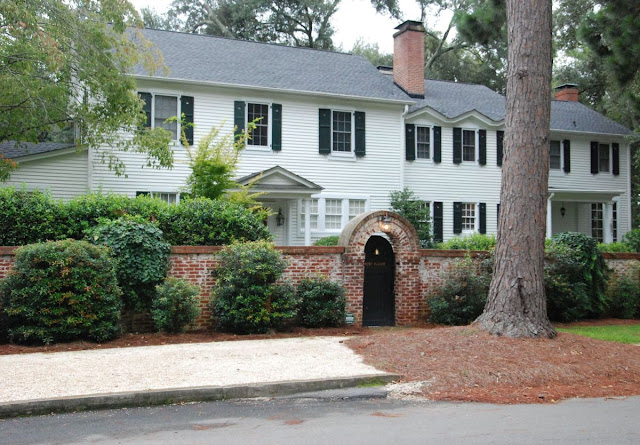 The charges against Samson were an offshoot of a nearly 16-month federal investigation that led to criminal charges against two other members of Governor Christie's inner circle in connection with the 2013 toll lane shutdowns at the George Washington Bridge that served as an act of political retribution against the mayor of Fort Lee after he declined to endorse Christie for re-election.


Samson was once appointed to serve on the Supreme Court of New Jersey Ethics Committee. Did he corrupt it, or did it corrupt him?

In December 2014 Samson and his law firm sued the New Jersey State Ethics Commission in U.S. District Court, claiming it does not have the authority to investigate Port Authority commissioners, namely, him, as he voted at the Port Authority to award multimillion-dollar contracts to Railroad Construction Company Inc, a company whose owner is represented by Samson's law firm