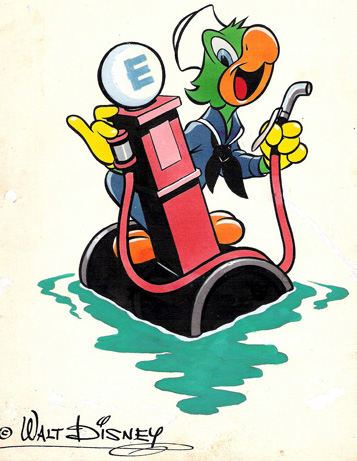 Above was the insignia for the USS Escambia (AO-80) fleet refueler.

Created by famed Disney artist Hank Porter, the man responsible for creating the lion’s share of combat designs at the studio during the war.

This mobile naval gas station was represented by a 50-gallon drum and Jose Carioca, a character made famous in Disney’s two South American films, Saludos Amigos and The Three Caballeros. 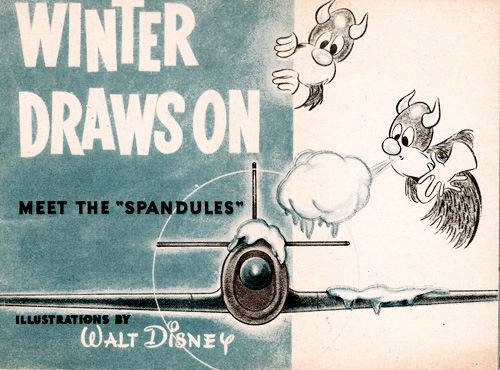 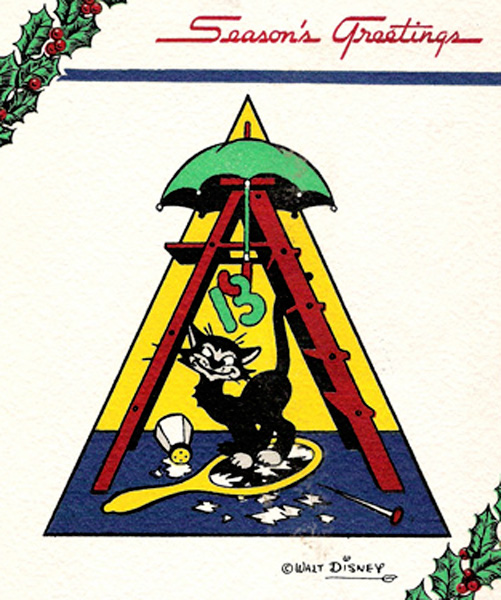 The cover of the 13th Armored Division’s greeting card featured the unit’s Disney-designed insignia, a collection of bad luck symbols. Men in this unit paid no attention to the superstitious overtones of their unit number. They felt it was the enemy who would suffer misfortune when encountering them. 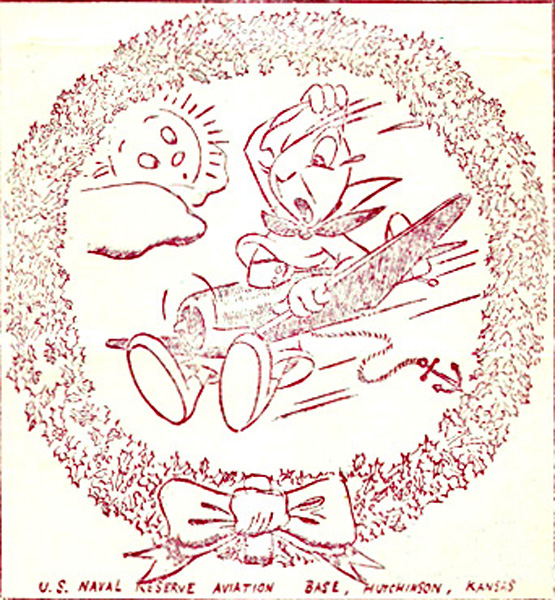 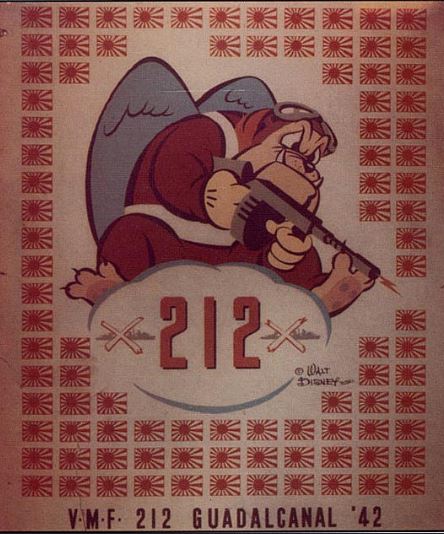